Do brass ball valves have to be oriented with the flow of water?

I bought this brass ball valve from Home Depot and installed it in the orientation of what I would consider "backwards". I'm not sure if it actually matters and before I close up the wall I would like to make sure orientation isn't an issue with these.

My use of the term "backwards" in this case is when the handle points against the flow of water in the open state. 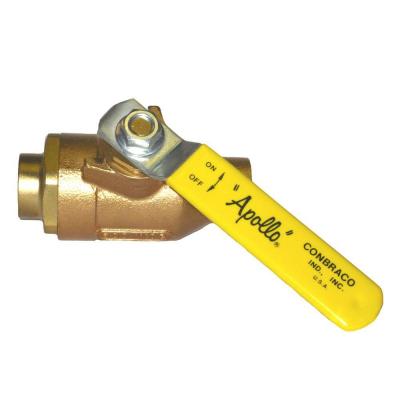 If a valve has directionality, it will almost universally be cast as an arrow in of the body, as seen in this globe (aka stop) valve: 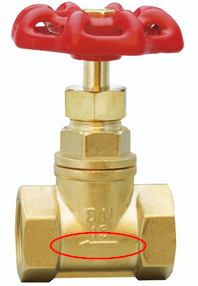 I've never seen a ball valve that is directional. If you look inside, you'll see the guts of it are symmetrical. 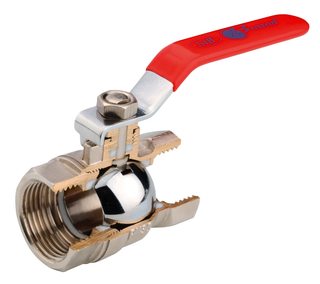 I would say the general rules of thumb for this are:

I installed a brass ball valve about 13 years ago with the handle pointing against the flow when in the on position. It has worked perfectly. My valve is female by female so the direction did not matter when assembly the piping. In short: a ball is round so direction does no matter. If a valve must be installed in a certain direction is should have an arrow cast into the body showing the direction of flow.

Pipe fitters in NYC have a local rule that the incoming water be piped to the cast side, leaving water on the side with the seam.

Without hunting through all the spec sheets to find your particular valve or at least one that looks just like it (not having a number) I note that none of the spec sheets I did examine at Apollo valve for brass/bronze ball valves indicated any directionality (and in fact, you can usually put the handle on the opposite way if it's more convenient. Perhaps not on that model, looking closely.)

According to this, their ball valves are bi-directional http://www.apollovalves.com/_products/94ALF-A/IOM_I908900.pdf

I used one on a 1/2" water line supplying an outdoor faucet. It doesn't matter which way you. The one I used was the SharkBite brand from Home Depot. The only indication on it was the direction the shark was swimming

Pointing the handle where the flow comes from is the way to go I think because, you can open unscrew the part of the valve that can be unscrewed without having to remove the valve.

Some ball valves have a drain valve to empty the downstream side when needed. Eg. an indoor ball valve that can shut off water to an outdoor hose bibb on the other side of the wall. Unless, I am wrong, such a valve is marked with an arrow to indicate the correct direction of flow.

0
Seized "ballofix" ball valve can't shut off water properly
1
Leaking Ball Valve
1
Loud brass valve - how to make it quieter?
0
Could old gate valves be causing low pressure at the faucet?
0
Soldering lead-free quarter-turn forged brass ball valves
2
Why does the water from my shower get hotter when I use a shut-off valve?