How to fit 4" rigid aluminum duct vent in between walls when there is an angle brace?

I want to do what these people have done here: 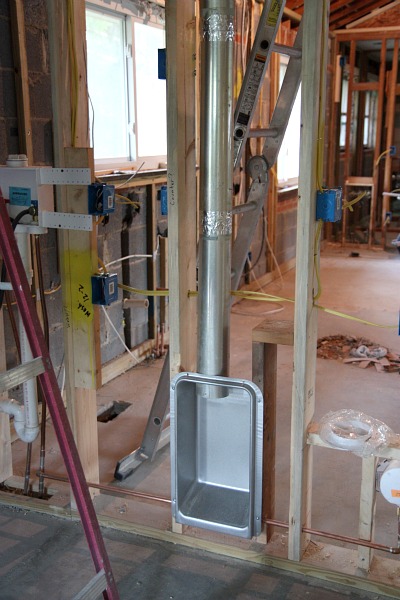 The problem is I have bracing going diagonally and it is not leaving enough space for the 4" aluminum duct vent. 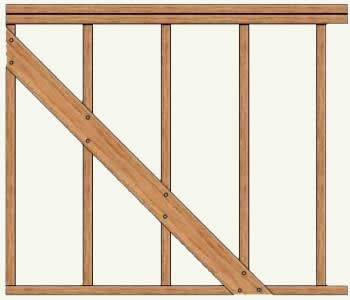 Can I saw the bracing off for the 1 section where I need to pass the pipe?

What else can I do ?

I wouldn't build it that way in the first place. Hiding a dryer duct within a wall and venting it through the roof (I'm guessing here, but that's what it looks like to me) is just begging for nobody to clean it until it eventually catches fire and burns the house down.

I recently re-did my utility room and discovered an in-wall rigid steel duct just like the one in your picture which vented through the roof. Clearly nobody ever cleaned it due to the annoyance of having to get up on the roof, and as a result it was entirely blocked by lint and dust, with a bunch of creepy-crawlies living in it due to disuse and abundant organic material during an unoccupied period. Not only that, but a section of the ducting had gotten open and was depositing moist air right into the wall cavity, which eventually invited termites into that wall: 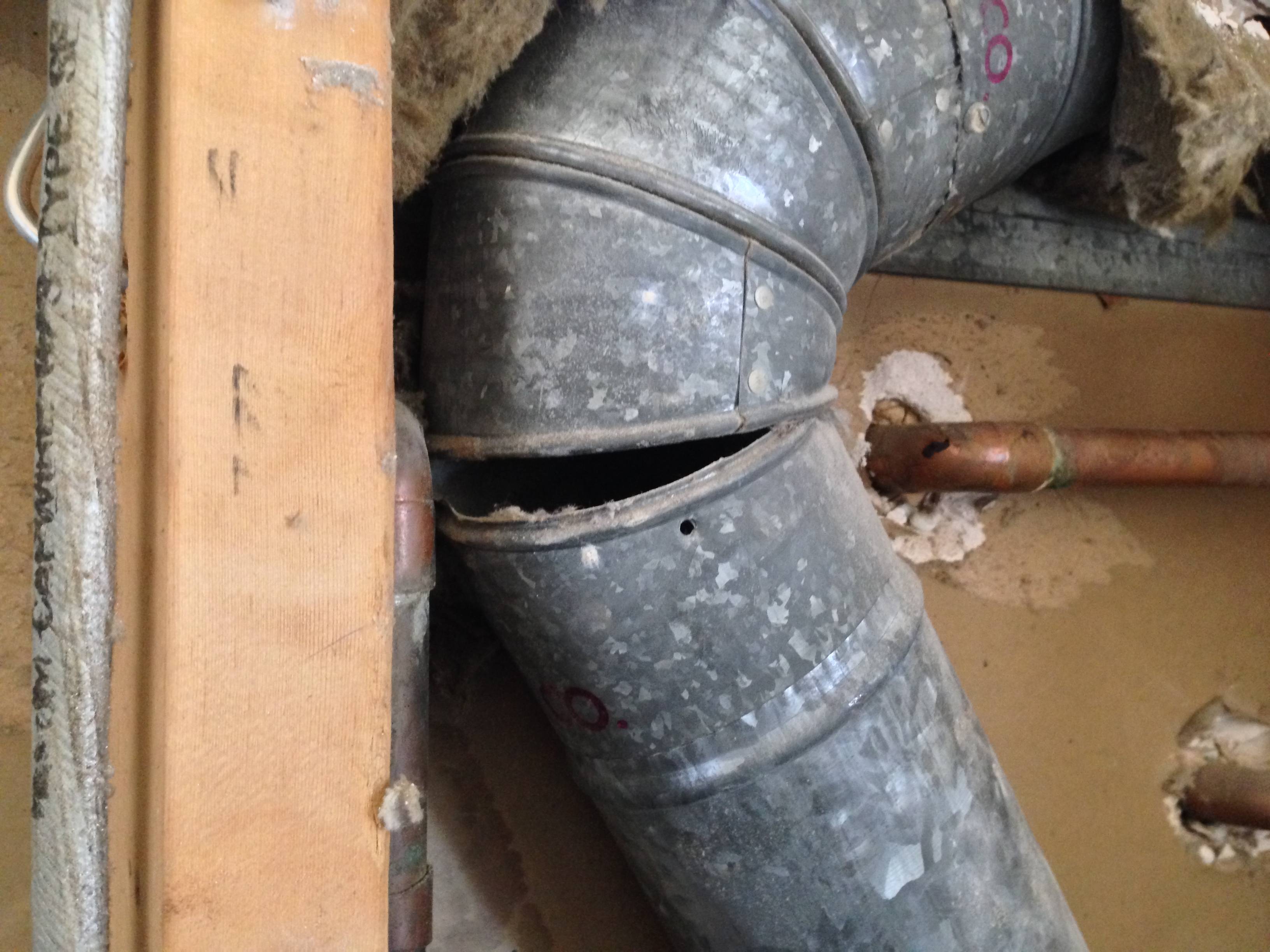 Do the world a favor and don't hide your dryer ductwork inside a framed wall and vent it through the roof!

One thing you could look into would be flat oval ducting: 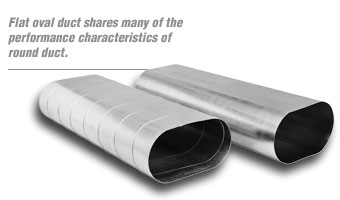 You can get it as small as 3" in the smaller dimension, but it will likely be a lot harder to find and a lot more expensive. Also, it will compound the issue @iLikeDirt pointed out in keeping it clean, especially if you have transitions to round pipe anywhere. I would also limit yourself to one transition for that reason - a round-oval-round would collect a ton of lint.

Another alternative is to build out one side of the wall that is away from the brace side. For example you could attach 2x2s to the edge of each stud to open up the wall cavity to another 1.5". This actually removes only a small amount of finished space in the room. If done all the way across one wall surface you would probably hardly realize that that one wall was "thicker" once all finished off.

I definitely agree with iLikeDirt, but if you have no choice you can use oval duct such as this: http://www.deflecto.com/products/pc/Skinny-Duct-Aluminum-Dryer-Vent-br-4-Oval-Duct-Adjustable-27-48-4p445.htm

If anything, as a safety precaution you should foil tape ALL joints and even elbows. I do this as standard even for exposed duct work. DO NOT use typical duct tape as "duct tape" is terrible for duct work since the glue does dry out over time and will eventually fail. An example of foil tape: http://www.homedepot.com/p/Nashua-Tape-322-1-57-64-in-x-50-yds-Aluminum-Foil-Tape-3220020500/100030120

The brace you refer to was probably put there to keep the house framing square until all exterior sheathing was installed. The sheathing now serves as bracing long as it was nailed to code. Cutting a notch in the bracing seems a fine alternative long as you inspect lint buildup in venting at regular intervals. After the install you can put hurricane straps connecting that brace which is thin and sheetrock can go over it without noticing.

Not the answer you're looking for? Browse other questions tagged hvac vent framing studs exhaust-vent or ask your own question.

2
How do I repair loose ductwork?
2
Can I vent a basement bathroom into a semi-enclosed crawlspace under an attachment?
0
How do I extend a length of aluminum flex vent hose?
4
Dryer exhaust from 2nd floor through crawl space, out roof
1
How to install dryer ducting inside existing wall?
0
How best to secure rigid duct near a ceiling penetration
3
Range hood vents into attic space
1
How can I add support for my floor inside a rigid metal return vent?