Should I refinish hardwood floor with scratches?

I am in a process to to get my hardwood refinished. The floor have few deep scratches and is of oak type hardwood. My question is:

1) Stain or not to Stain ? Is it a good idea to stain the hardwood floor if it have significant scratches. I think many of scratch will go away with sanding process, but i am still sceptic if staining can make the scratches more noticeable? 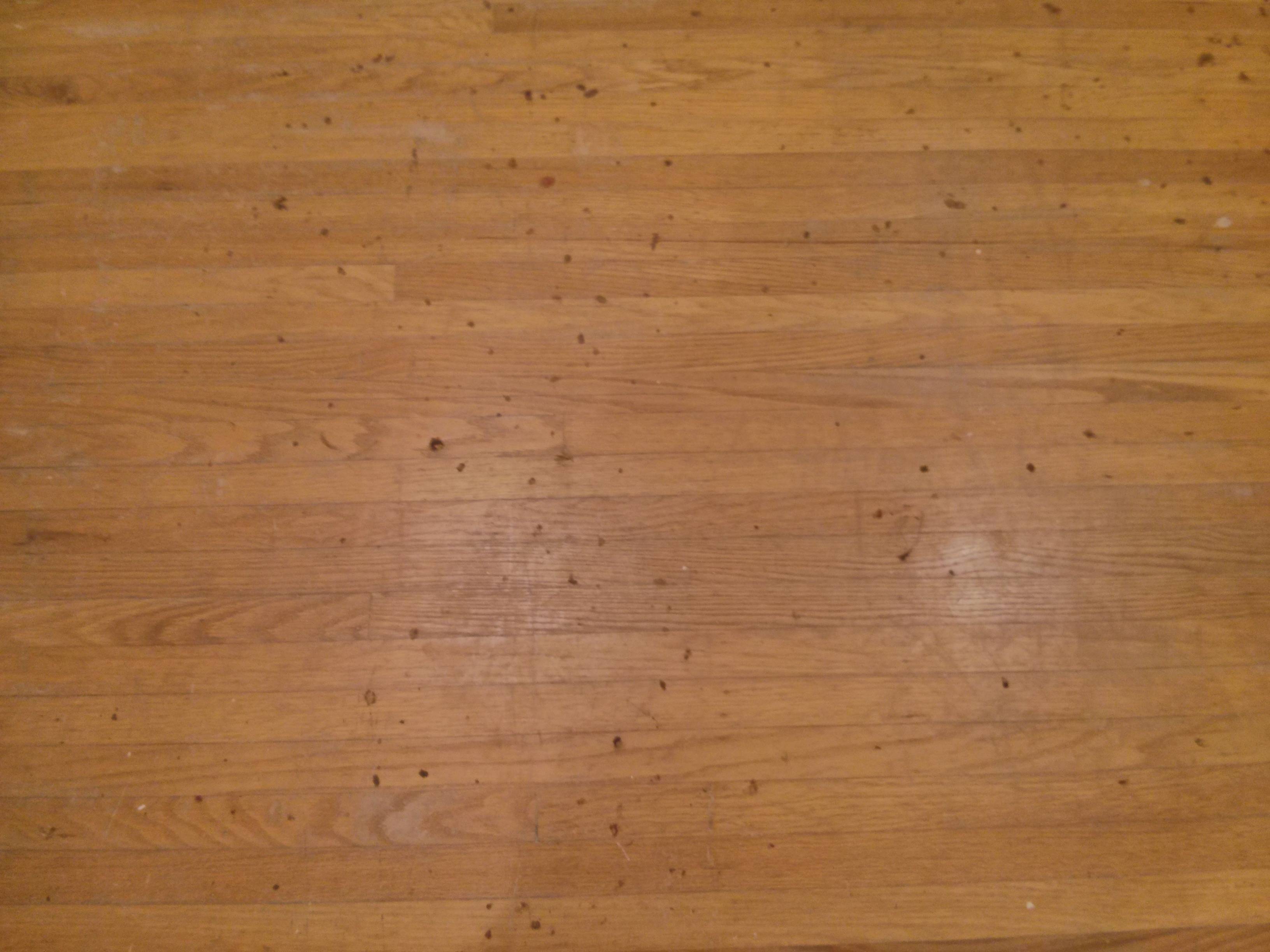 If the scratches are all in the finish rather than gouging the wood, then (depending on what finish is already there) a "screen and re-coat" pass might be another option. That approach just roughs and somewhat levels the surface of the existing finish, then lays down a fresh coat on top of it. Faster and cheaper, can yield good results if the floor's basically in good condition, doesn't cut into the "wear layer" of laminate flooring as much as a full refinish would... but won't take out any deeper damage and may not be applicable for all finishes, especially if they've had polishes/waxes applied on top of them.

(I just know it's an option, can't advise on details. Personally, I sorta like the fact that some of my floors have clearly been in use as long as the house has stood here; as long as there's enough finish to protect the wood and it's clear enough to let me see the wood, I'm happy.)

Unless you want to darken the wood, I wouldn't consider staining unless necessary to match color in a damaged area... especially since you have to strip ALL the varnish off first or the stain will go down unevenly. Remember that wood looks different dry than it does either wet or under a varnish (try wiping it with denatured alcohol to get a better sense of what it will look like when varnished). Also remember that the varnish may add some color of its own, depending on what you use.

Although my floor was in much worse shape, vacillation between replacing or refinishing. I ended up having them refinished by a company I found online. They were able to sand the wear and the scratches so that when the poly dried it was like a brand new floor. So I would definitely recommend sanding, if nothing more than to even out scratches a bit. I'm also a big fan of seeing the natural wood grain & tone, so I would also recommend either a very light stain or just straight poly.

Sanding will definitely help. After you sand you will be able to tell which direction of staining you should go. If you still see a lot of marks and scratches that are a "darker" color, then I would pick a darker color of stain to hide the marks.

It could be that after you sand you will see about the same color difference. If you stain it the exact same light color or just poly then you will get a cleaner version of what you have now.

In a stained floor, any abuse that cuts through the finish and scratches the wood shows the contrast between the stain colour and the wood colour. A dark stain on light wood is particularly bad this way.

One thing you can try as an experiment:

Take a spot that is scratched but is out of the way. (May be hard to find. The out of hte way spots don't get much wear. Maybe look where the lighting is bad.)

If the scratches are still visible, then refinish the floor. If they are 'good enoough, then treat the rest of the floor that way.

In the Bad Olde Days, twice a year we would strip and wax floors. Mom would put clean socks on us kids and we were encouraged to run and slide on the floor to buff it. To strip the wax was usually just a mix of sudsing ammonia and water. You wanted the windows open! Could get intense. We tried to make a point of being elsewhere, but usually at least one of us was drafted to move furniture and rollup area rugs.

The advantage of wax was that it absorbed the abuse, but was easily renewed. It also filled in hairline scratches in the varnish.

In the 60's self stripping waxes came out. They weren't nearly as hard, but you you avoided a step in the process which meant that the furniture had to be moved one less time.

Not the answer you're looking for? Browse other questions tagged hardwood-floor hardwood hardwood-refinishing or ask your own question.

1
What is the recommendation polyurethane application when refinishing hardwood floors?