Worth it to add footing insulation if there's already a thermal break?

I've been considering insulating the outside perimeter footings of my 1972 ranch house in northern New Mexico. The slab-on-grade it's built on (that constitutes the subfloor) reaches a temperature equilibrium that's always colder than the interior temperature, making me think that it's a drag on thermal performance by sucking away interior heat and releasing it as easily to the surrounding subsoil as to the interior. So I've been thinking that I'd remedy this by insulating the footings to make it only release heat to the interior.

However, while doing other renovations, I just discovered that there does appear to be a thermal break of some sort separating the part of the slab that's exposed to the interior from the part of it that's outside: 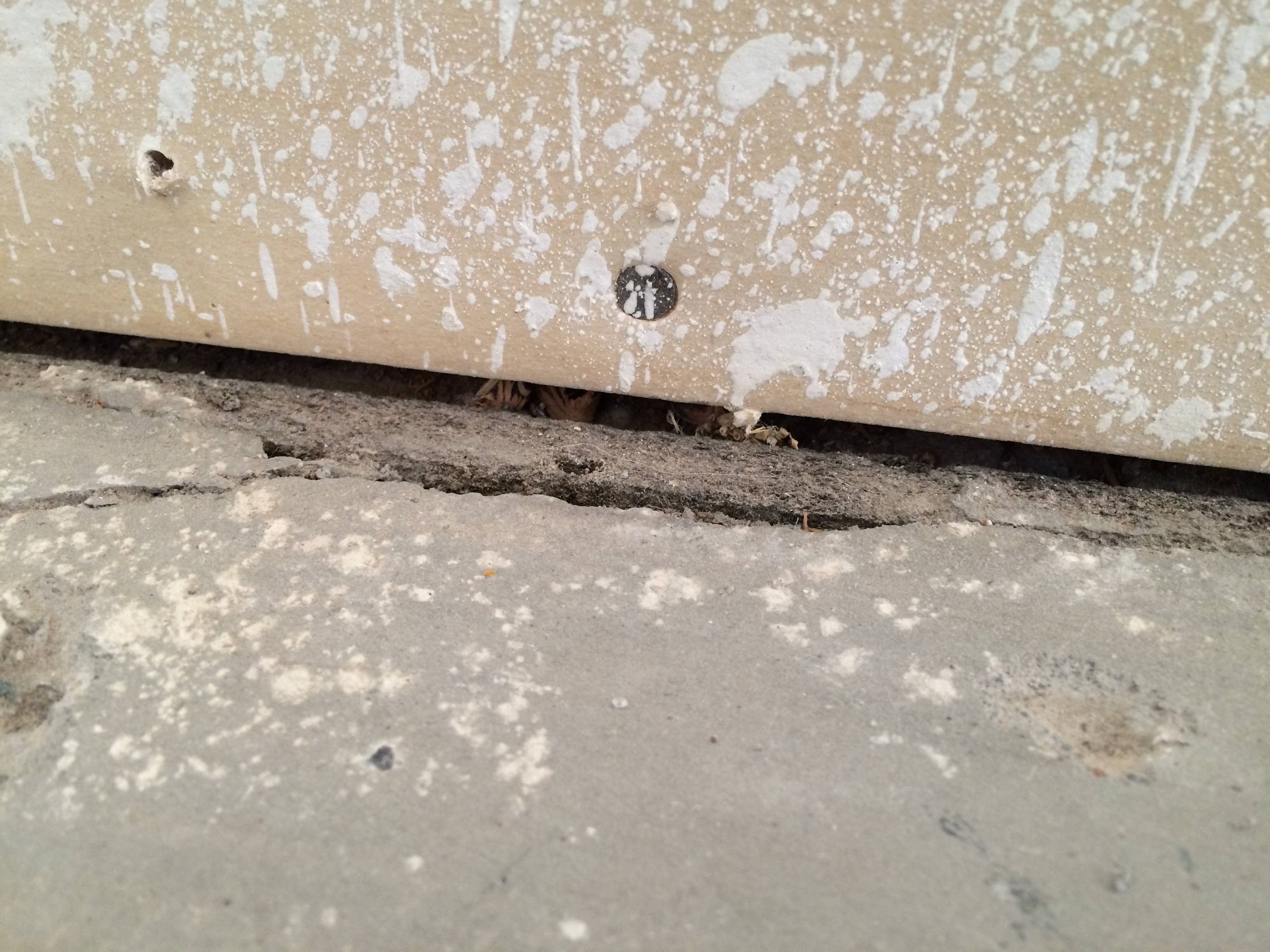 So now I'm thinking that either this thermal break/thin strip of insulation either isn't very effective, or else it is effective, and adding more insulation isn't going to do me much more good than I've already got.

So I'm torn. If it's effective, then the biggest loss will be under the slab where I can't insulate, right? But if it's not very effective, then I can add more insulation to the outside of the footings and see a performance gain.

I've never seen something like this and would appreciate the opinion of a professional. Is this the kind of detail that's not helping at all and that was later discarded as people discovered the truth? Or is it doing anything?

That is an expansion joint you are seeing. The material is 1/2" thick and something close to old style Celotex or beaverboard really soaked in asphalt or tar. It isn't much of a thermal break, but it is better than the masonry surfaces touching. Although it is available wider, it is usually only 4" tall. Either a bearing surface or gravel is below the 4" level. It is still in wide use in sidewalks and such, but nowadays ridged insulating foam is used. I have used it back in the day to set the top level of concrete, it was handy to float the concrete to.

Not the answer you're looking for? Browse other questions tagged insulation concrete foundation footings or ask your own question.

7
How can I seal the large gap around my fireplace in a way that is safe and prevents air inflows?
2
Will closing the ventilation windows in my garage cause problems for my water heater?
7
Do I need to add roof vents if I close off a small attic space in the garage?
2
Where to locate moisture barrier in engineered hardwood floor sandwich placed over insulation board?
4
What to do first in a house with poor thermal performance and high energy bills
3
What's the right approach for insulating the slab & footings underneath a masonry fireplace/heater?
2
How best to insulate/heat solid brick house (as at 2016)