Is it okay to staple romex to a floor joist when running it perpendicular behind a finished basement ceiling?

Taking down my ceiling to run some wire to new outlets. The outlets are going in an area with an unfinished ceiling, so I know the romex there will need to be ran through the joists when going perpendicular, to get to its destination.

On the way to the breaker box though, it's going through a finished ceiling. In that portion of finished ceiling, I noticed someone basically took nails, turned them sideways, and used that to secure the romex (home made staple). 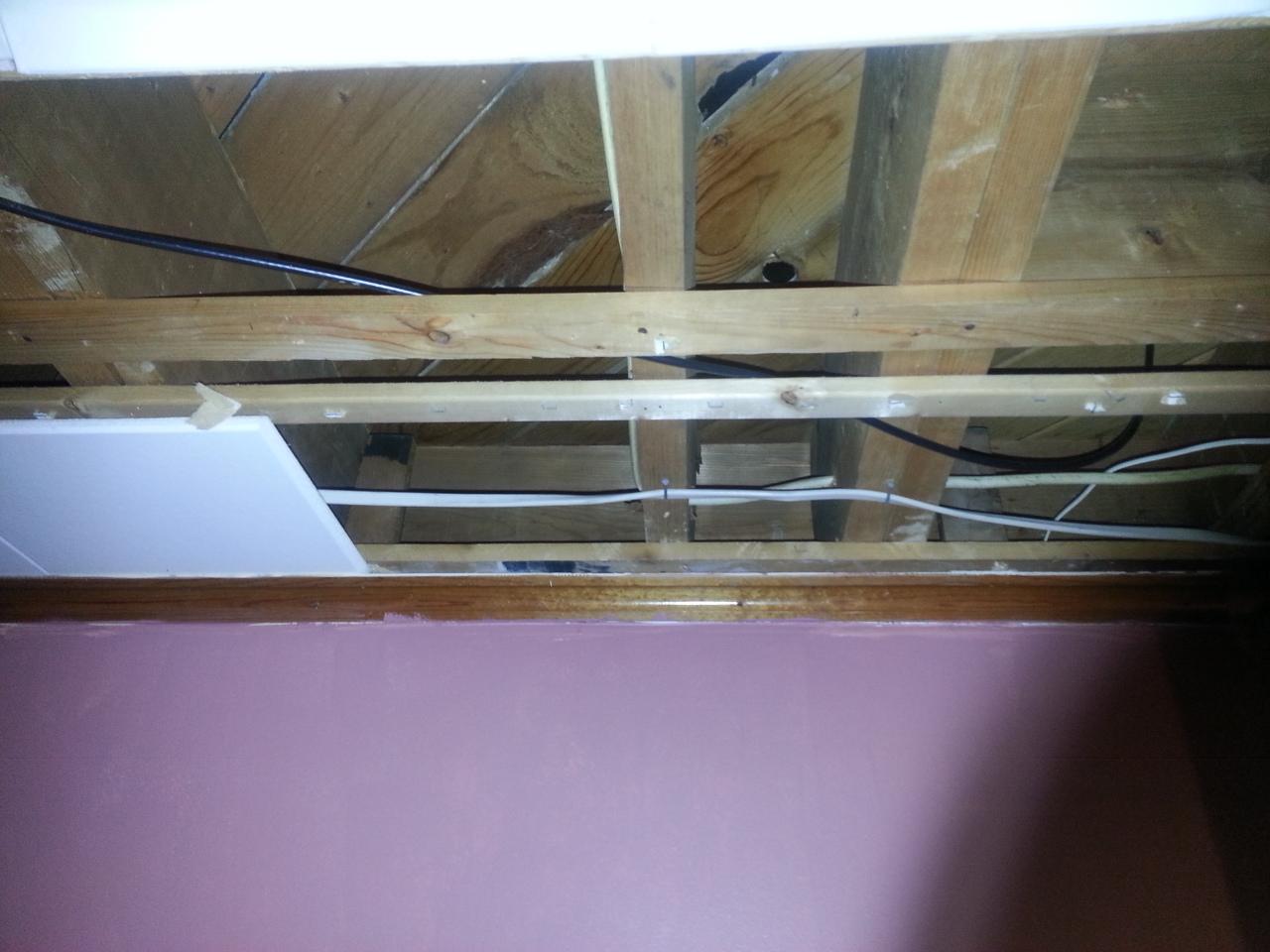 That got me thinking if I didn't have to bore through the joists in the finished area, and save me a ton of labor. I know the code is probably to prevent people from hanging stuff on the romex when it comes to unfinished ceilings, but still. I would use insulated staples instead of nails, but the concept is my question.

I also came across this on a separate site, but more confirmation doesn't hurt.

You can run cables across and under the joists. If you do though you must install them on running boards for protection. Typically it is just easier to drill.

(C) In Unfinished Basements and Crawl Spaces. Where cable is run at angles with joists in unfinished basements and crawl spaces, it shall be permissible to secure cables not smaller than two 6 AWG or three 8 AWG conductors directly to the lower edges of the joists. Smaller cables shall be run either through bored holes in joists or on running boards. Nonmetallic-sheathed cable installed on the wall of an unfinished basement shall be permitted to be installed in a listed conduit or tubing or shall be protected in accordance with 300.4. Conduit or tubing shall be provided with a suitable insulating bushing or adapter at the point the cable enters the raceway. The sheath of the nonmetallic-sheathed cable shall extend through the conduit or tubing and into the outlet or device box not less than 6 mm (¼ in.). The cable shall be secured within 300 mm (12 in.) of the point where the cable enters the conduit or tubing. Metal conduit, tubing, and metal outlet boxes shall be connected to an equipment grounding conductor complying with the provisions of 250.86 and 250.148.

If I understand what you are asking, it is OK to staple romex along the side of a floor joist a safe distance from the edge to protect from screws or nails. It is not OK to "cross beam", meaning stringing the wire beam to beam under them. This is when you need to drill holes. As far as using bent nails as fasteners. That sounds like a bad idea since the bent nail could pinch or damage the cable and may not give you a secure support. I would suggest using a insulated romex staple and position your wire about mid way up on the beam.

Not the answer you're looking for? Browse other questions tagged electrical basement ceiling nec or ask your own question.

2
Single Ground Wire Run Under Floor Joists
1
How to repair a basement ceiling's old school interlocking tiles?
0
can I attach electric cable to underside of rafters

5
Using fire rated drywall/sheetrock in a partially finished basement
5
Running electric cables in basement shop
9
Can I use Romex in an unfinished basement or attic?
14
Is there any code for running Ethernet cable (through attics)?
0
Can I run NM 12 ga circuits on a running board or MultiCable Staples across floor joists use in a basement with an unfinished ceiling?
0
Can I use the 6x6 beam in our crawlspace as a “running board” for electric cable?
0
Rules for wiring and conduits on basement ceiling with or without drop ceiling?
1
What methods for installing light fixture in middle of room, with lathe and plaster ceiling?
2
what is a “running board” for attaching NM cables perpenticular to floor joists in an unfinished basement?
3
Running NM and BX Cables – Stackable Staples – Rim Joists - NEC2017/2020