I live in an 8 unit co-op. Recently had the bathroom totally redone. New pipes and bathtub/shower. My new shower seems fine. Not long after I got this done I have noticed someone is causing a high pitched sound when they take a shower. Could the plumbing done in my unit cause someone else to experience this problem? Could the pressure change in my Unit cause someone else to have pressure problems. What should I do about it? The noise is very load.

My tub spout would make an awful squeal when the shower stopper was pulled up (air in the line trying to escape the poorly seating valve). It would change pitch and stop sometimes if I jiggled the lever right. Find the offending unit and ask to replace their tub spout. Tell them why and they will almost certainly agree to it. A change in pressure may get it to stop momentarily. Take a shot in the dark and cycle your faucet valves on and off to attempt re-seating the seal of your neighbors' tub spout stopper valve, when you hear it howling. Or be proactive, finding out whose it is and whose job it is to fix it. 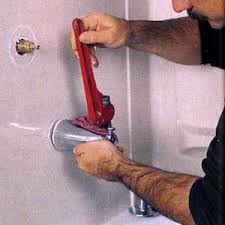 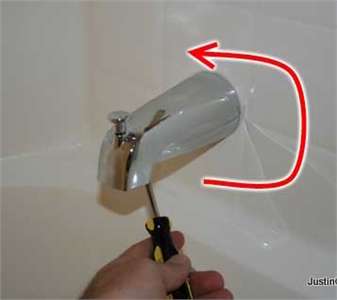 Not the answer you're looking for? Browse other questions tagged bathroom shower noise or ask your own question.

2
Why does my utility sink faucet vibrate and pound loudly?

3
Why does my shower keep alternating between freezing and boiling by itself?
7
Pulsating water and banging noise from pipes when hot water is on in the faucet or shower in the bathroom
5
Hot water temp in shower/tub fluctuates
3
Water Supply Noise due to Thermal Expansion?
0
What is causing my gas water heater to make a high pitched noise?
1
What is causing whistling from shower head (shower stall w/o bathtub)?
0
Lost shower pressure when switching from double handle to single
0
Shower problems…
4
Water pulsing / banging from shower