How do I fix a squeaky carpeted floor given that scored screws don't help?

My flooring--second story, carpeted--squeaks. I tried the scored screws solution answered in this question. I covered the entire room and adjacent hallway with scored screws on all the joists, every 6 inches, per the instructions. After the fix, the squeak still exists, but walking around the room/hallway, the squeak now seems to be more localized--specifically, the sound emanates from the edge where the wall meets the floor. I can walk in the middle or the side of the room and the sound still comes from the edge.

How do I fix (or verify) the cause the squeak? I'm happy to provide more info; but I'm not even sure how to proceed to gather more information.

In your case you don't want to open up first story ceiling so you need to pull up a couple pieces in high-squeak areas. Figure out what the issue is. If the joists aren't even (note that I didn't say level) the boards will eventually squeak. If there is no cross-bracing then the joists certainly have movement which itself can cause a squeak but also loosen screws or make screw holes bigger over time. These are just common examples. You can keep adding fancy screws every inch but you don't know the root cause yet.

The suggestions from @sborsher, @Bryce, and @DMoore were fantastic, and gave me a lot to investigate (and budget) for. However, for my specific case, I had talked to over a dozen contractors. One - Sasha Grote - suggested a fantastically simple & effective solution that fit my budget, was minimally invasive, and even if it had failed, it would have provided a solid actionable data. 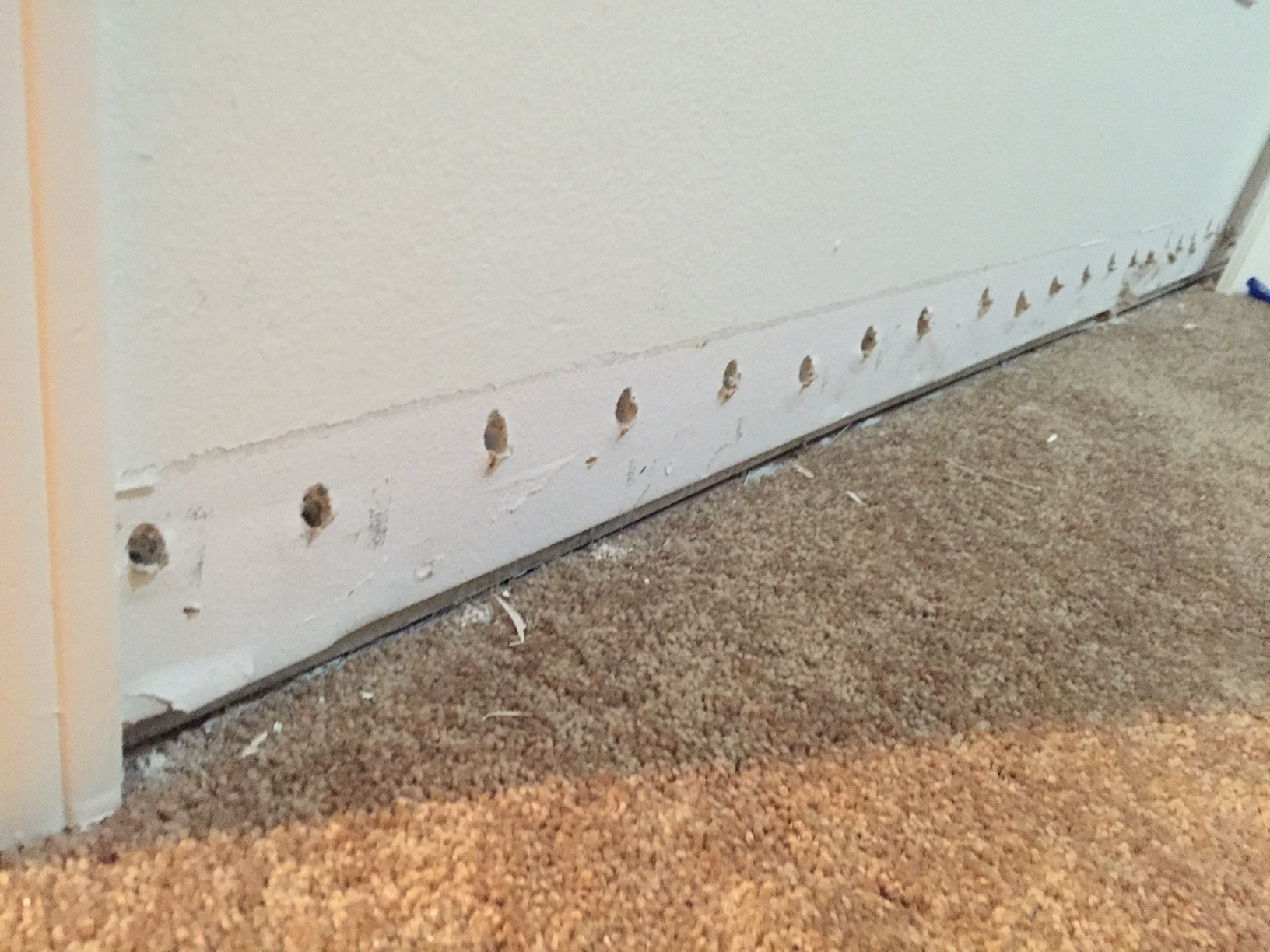 Do you have manufactured joists? My previous home was built with them, and some of the floors had a lot of give. Under the Master Bedroom, which was 16X16. we had to take down a center strip of the Living Room ceiling below and install stiffeners between the joists. That helped a lot. We never had a squeak, but we did, initially, have a lot of motion in the floor, which was probably putting a lot of strain at the wall interface.

Also, my office was above the garage, and, although they did finish the garage, they failed to put strapping on the manufactured joists first. That floor had a creaking crunchiness to it as the sheet rock rubbed against the joist as the flexed. I fixed that problem by strapping the garage ceiling below the sheet rock, and then unscrewing the sheet rock from the joists.

I had that house custom built in 1996, and I learned a lot. A full page fax, minimum, went to the builder every Monday morning, after we inspected the work over the weekend; although we did also close the house up every night because there were many storms during that period. This was at the beginning of the big ramp up in house construction that ultimately led to the housing crash.

It's time to remove the carpet and use screws with real heads.

It's possible your problem comes from the plywood edge directly against a stud. Your better screws should solve this, else you could try construction adhesive in the crack (remove baseboards first).

If that does not solve it, it may be time to take up sections of floorboard and add cross bracing: https://diy.stackexchange.com/a/38041/5960

Not the answer you're looking for? Browse other questions tagged flooring carpet squeak or ask your own question.

17
How do I fix a squeaky floor below my carpet?
2
Do I need to brace joists after removing basement ceiling?