What kind of led strip should I use?

i looking forward to install LED Strips (Cool White) in my new home. But I am not sure what kind of LED Strips should I use. 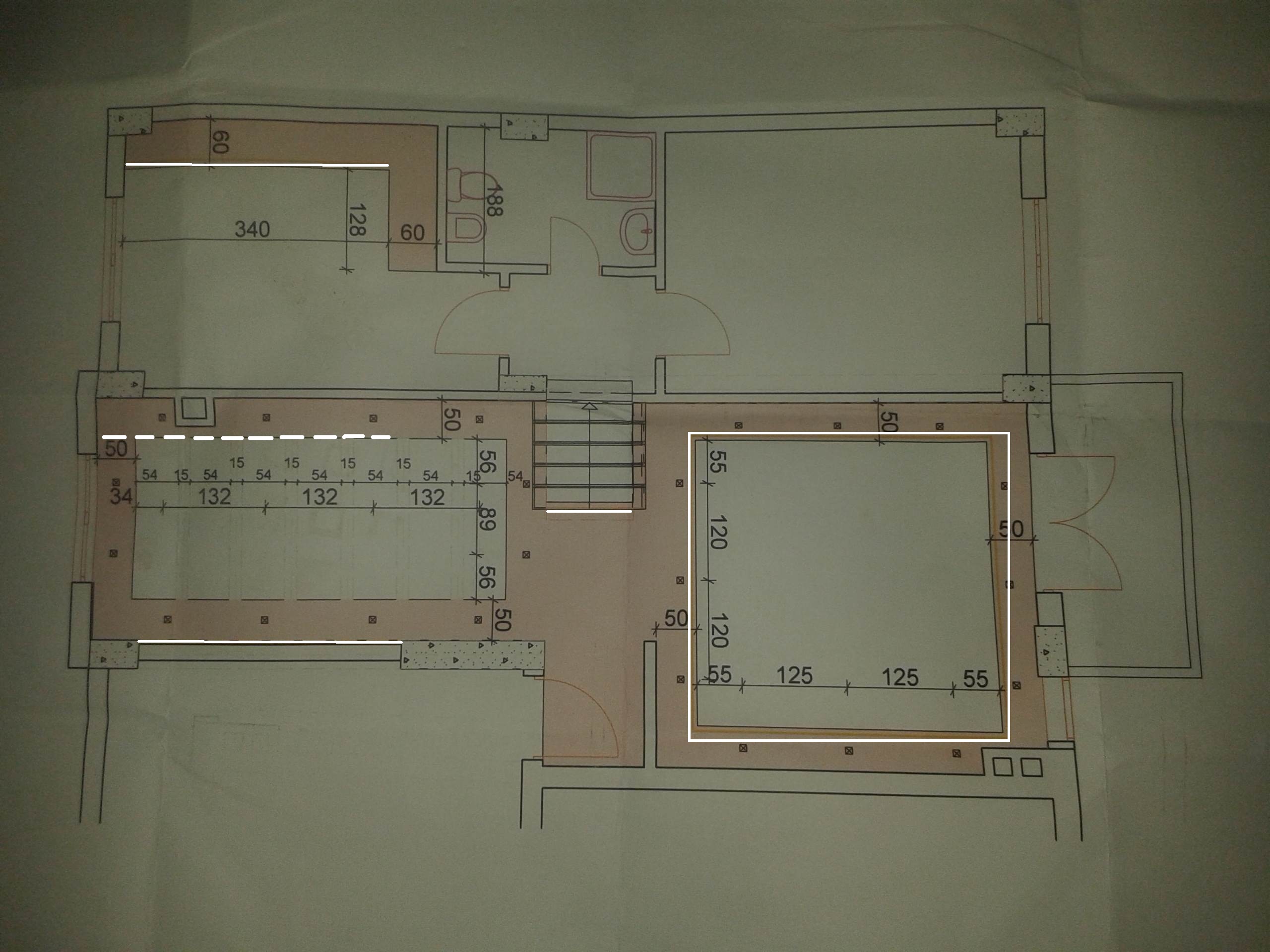 In the photo the whites demonstrates the where the LED is going to be. The doted line is the kitchen where it is supposed to be in the middle.

The whole area where the stairs appear is about 45 - 50 m2. A middle light source is going to be in the center each room (in total 3) one in the kitchen, one in the siting room and one in the middle. Also spot lights are going to be there 24 x 3w each (led cool white).

It's hard to advise without knowing more about what other lighting will be in those areas and the type of activities you will have going on in the larger room. LED strip lights are great for kitchen task lighting under the cabinets. Personally, I prefer LED over traditional halogen in that situation because they produce less (almost no) heat, more even light distribution, and of course, lower energy usage. Putting them on a dimmer also allows an evening night-light in the kitchen, providing just a very dim glow when you are stumbling to the fridge. Here is a video that shows the differences in the various LED strip lighting. LED Strip differences - Epoxy vs Silicon, 5050 SMD vs 3528 SMD

SMD 3528 is a single chip and SMD 5050 has three chips sometimes known as “Tri-Chip”. SMD 5050 chips are generally three times brighter than SMD 3528 chips. Also, 5050 is widely used when the application for the LED strip requires multi color (RGB). For example, each 3528 emits approximately 7 lumens per chip and 5050 emits 14 lumens per chip.

These lights are great for single color splashing of walls for both interior and exterior applications, accent lighting for plants, pictures, LED under cabinet lighting, bars and many more. 3528 LEDs can be most cost effective, but will not be as bright. However, SMD 3528 LED Strip lighting will also emit the light more evenly as these LED chips are arranged closer together on the circuit board than SMD 5050 LED chips.

5050 LED chips have 3 LED chips in one housing (Sometimes called tri-chips), and are a lot brighter than 3528 LED chips. They are used when you need high illumination for your project area. Theoretically, SMD 5050 LEDs can offer a light output of approximately 3 times that of the 3528 strips, and therefore 5050 LED chips are perfect for lighting up areas that may be subject to high levels of ambient light

Even though 5050 LED’s produce more heat than 3528, it is still drastically lower than other light sources such as halogen and even fluorescent lamps. 5050 LED’s are different from the 3528 LEDs in that 5050 can combine the three different chips to create millions of color variations which is why they are widely used in RGB LED Strip Lighting. As mentioned previously, 3528 SMD led strips come in single colors only.

Edit to add my personal summary to your comment:

4
What do I need to know about LED strip lighting?
1
How do I wire LED lights directly from the panel?
3
What gauge wire for long run from power supply to LED light strip?
0
Output load of led strip dimmers
0
Powering and keeping 5050 leds in sync
0
Can I connect eight LED strip lights to the same power source?
1
How directional is LED strip lighting (with a diffuser)?
1
confirming LED driver input and output requirements
1
Under Cabinet led strip lights appear to be different colors/temperatures