What is wrong with my central heating?

I have a central heating system that was installed in this house in 2006. Tonight, while I was taking a nap my wife said that she suddenly heard a loud whine/whistle sound that slowly lowered in pitch and loudness. As it lowered the heated air that was coming from the vents slowed down with it. At this point she turned off the heater at the thermostat and woke me up. The entire house smelled very strongly of an acrid burning smell (like an electrical fire).

The smell has gone away now about an hour later, but in that time I checked the basement where the heating unit is and it didn't smell at all.

When I looked at the heating unit, it had 2 breakers and neither were tripped. I opened the side panel and manually moved the blower and it turned fine. Then about 20 minutes after it happened I turned the heat back on and the blower started, but very slowly and after about 60 seconds slowed itself down again. If you manually push the blower while it is on, it will spin for a few seconds then slow. You can hear that it's trying to move itself.

When it comes to home repair I am as useless as a noodle in a tornado. Also, cannot afford a repairman at this point...and it's below freezing outside. :(

BIG EDIT
Took some pictures for my own sake and for explanations sake:
First, here is the whole picture: 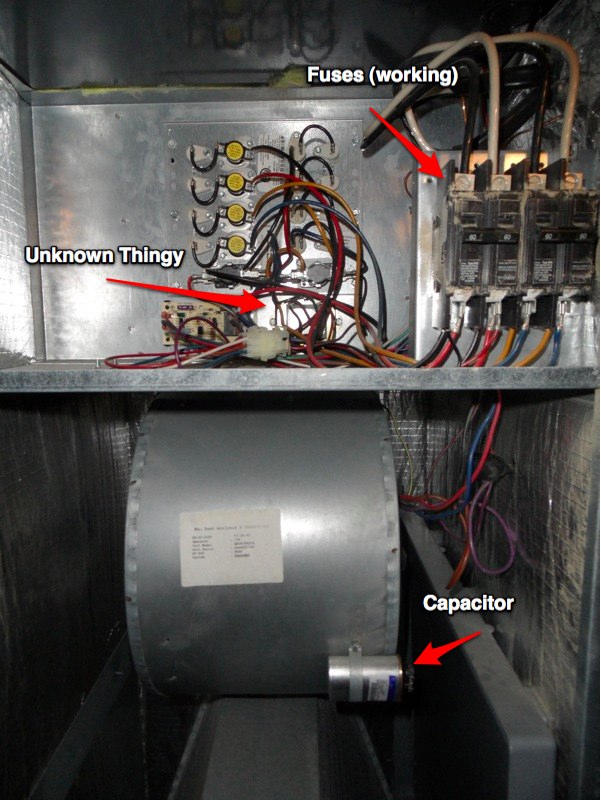 Here is the capacitor (the only one I can find anywhere): 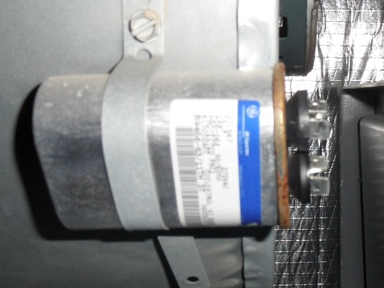 When I shorted the capacitor and then tested it for voltage I get nothing at all. I have no idea if that's normal but I only have a Voltage meter not a Multimeter.

Here are the wires that went into the Capacitor: 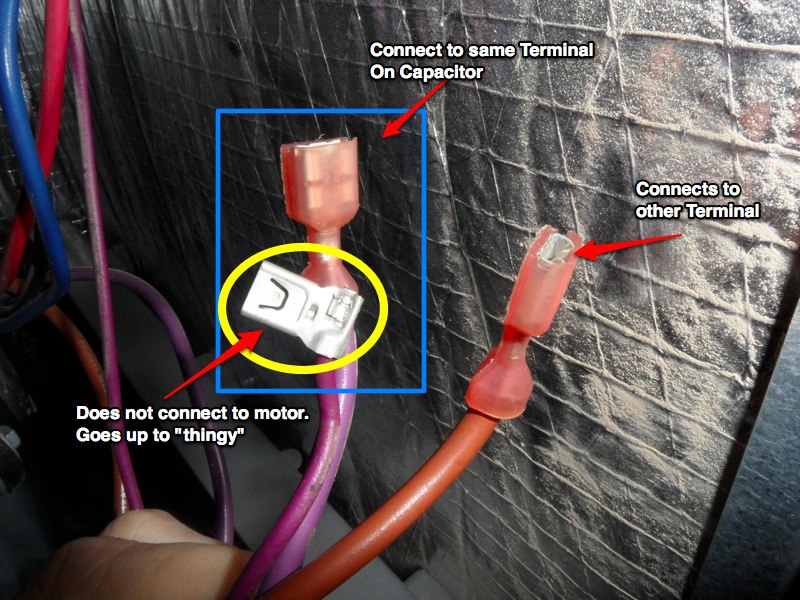 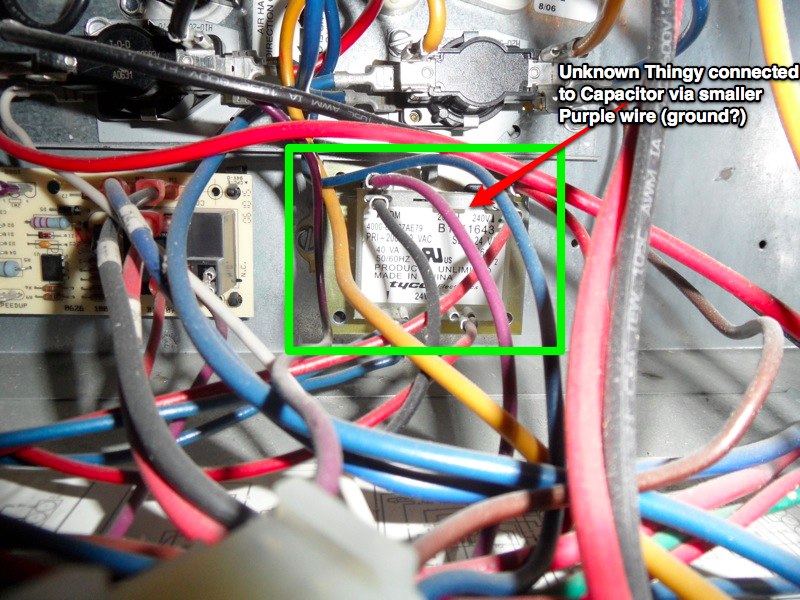 I have no idea what it is or what it does.

So where do I go from here? There are so many wires that I can't make sense of them all and I have no idea what the "thingy" is or if it's the problem. Any help is much appreciated.
P.S. --> When I shorted the capacitor with a screwdriver to test it, nothing happened at all. No small spark or anything. Is that normal?

Sounds like your blower may be done but I am not really sure. One thing to try is to call your Gas or Electric company and see if you have a service plan. Some utility companies include a service plan charge on your monthly bill (and you might not even know about it) and it includes 24 hour service.

This may be as simple as the "start" or "run" capacitor going south (because the motor starts but dies afterwards, I suspect that the run capacitor is blown).

If you are comfortable digging around in the control box for the furnace, then you should be able to find 1 or 2 large-ish capacitors. If you have a multimeter, you can test them against the specs that are listed on the casing. They should be within 10% of the nominal value. If you don't have a meter, then you can still give them a physical inspection. Occasionally, they will bulge or leak or give some other indication that they have failed.

If you find that either of them has failed, then you should be able to find a capacitor with similar specs online (or at a local HVAC supply). It should not run you more than about $15.

Here is a link with additional info and a short video explaining more about the capacitors.

Not the answer you're looking for? Browse other questions tagged central-heating blower electric-motor or ask your own question.

3
Furnace fan starts slow and is getting slower

1
Although my hot water works, why won't my radiator come on?
2
Why aren't my radiators heating up after I replaced a rusted through pipe?
4
How to stop a screaming pellet stove?
0
Where to start when standing oscillating fan motor wont turn on?
1
How much power/electricity should my central air's blower fan use?
1
Central heating header tank over flow
2
Changing blower motors with different wiring schemes
5
Replaced Blower Motor, but A/C won't stay on unless power button is held down