Cast Iron to ABS - exterior of cast iron not smooth - how to stop leak at coupling?

I have 2" cast iron pipe that is for kitchen waste. I had to cut out a 32" section of the pipe under the concrete slab of the basement because a wye had failed.

I have replaced the cast iron pipe with ABS and used American Valve couplings to connect the ABS to cast iron.

The only problem is the cast iron pipe is not smooth on the surface. After almost 50 years of being under the basement slab it has "junk" and rock pieces adhered to its surface. I have tried to smooth the surface of the pipe but I can't get it 100% smooth.

So the coupling cannot seal perfectly. I still get a little leak around one of the couplings.

Would anyone have any suggestions as how to stop the leak?

One of these ironic things? ("American" Valve - Made in Taiwan...) 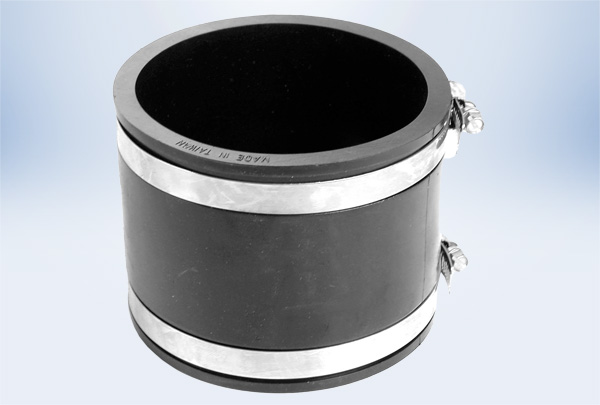 You should probably try to smooth the pipe out more - a lot can be done with a narrow strip of coarse sandpaper, 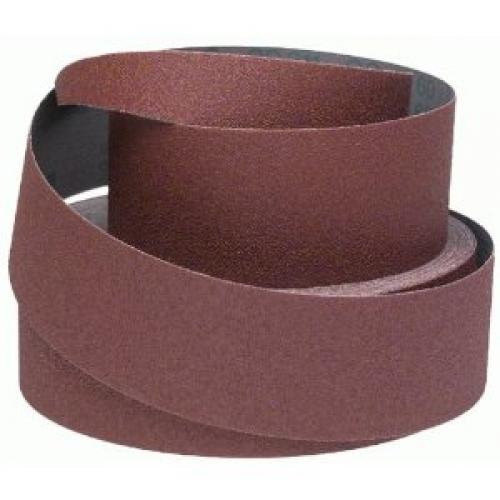 wrapped around the pipe so you can "saw" it back and forth. You can also try really cranking on the hose clamps - if you're only using a screwdriver, you haven't really hit what they can do (but you have to maintain some sense of proportion once you switch to using a socket and ratchet on them, or you'll find the breaking point.)

For sheer desperation, I'm not sure if silicone or beeswax (from a toilet seal ring, of course) would be the better desperation move. With kitchen waste it could get too hot for beeswax.

I have seen pipe as corroded as you speak of. It might be good to grind off the excess rust flakes with a small right angle grinder, or you could use a disk sander. The trick will be to get all around the pipe and the part prone to leaking is the most difficult to get to. Ecnerwal's idea about the emery cloth would work, I would suggest finding the coarsest grit possible, belts for a belt sander would allow a coarser grit to be had, just cut the loop and a strip will be made. I would use 32 grit to start, or at least have it on hand, finer grits would readily clog. I would still use a powered grinder or disk of some sort, then the inaccessible bottom can be cleaned using the strip made by the sanding belt, working it the way Ecnerwal says. Once cleaned up a bit, there is a sealer that I seen plumbers use for the Fernco (neoprene)couplers. A little research and that can be found. It would be handy to preserve the fresh metal that the grinding and sanding would expose.

If the connectors for the new section have rubber inserts there is a chance they may have dried. I found that spraying with WD-40 works by swelling the rubber.

It may be worth a try to spray inside the fitting before securing.

2
How can I replace cast iron sewer drain that goes through the basement wall?
1
Broken/busted main cast iron drain line
2
Can vent plumbing be behind a double wye?
3
How should a section of cast iron piping be replaced?
2
Pros and cons of coupling vs. threaded when transitioning from copper to PVC
1
How to remove a cast iron pipe plug that has been soldered with lead
0
How to unclog cast iron T drain for three sinks
2
How to remove this PVC to cast iron adapter?
2
How can I convert this cast-iron cleanout to a proper air-gapped drain?