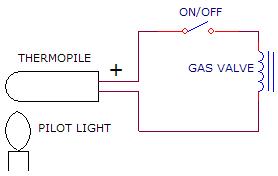 0
What kind of wiring/switch to use for gas fireplace switch?

1
Occupancy sensor immediately off after on
1
Operation of two 3-way occupancy switches
1
Remote Switch wiring for a gas log fire place
1
Main burner for gas fireplace won't stay lit (pilot light is fine)
0
Regency gas Fireplace main burner is auto igniting and won't shut off until i turn off gas valve
0
New Dimmer Switches Work Inconsistently
0
Gas fireplace shuts off after a few minutes
0
When adding new light to existing lights, only 1 or the other works
4
Gas fireplace not lighting
0
LP fireplace: My pilot and burner both shut down