How did my water meter become loose?

This past summer, my vacant home was vandalized. Thieves stole the copper plumbing. Once the re-plumbing was done, the city came to install the water meter.

The meter is female-threaded on either end. It suspends in the air by the threaded connections. One side threads on to a copper piece that runs about 6 inches before an elbow, and then 3 more inches until it reaches the wall. The other end threads on to a line that runs about 6 inches before it hits an elbow and the line runs vertically up to the ceiling about 5 feet. This line is suspended in the air; it is not tight against the wall (to give the meter room, I guess). There is no Teflon tape on either joint, to my memory.

Yesterday, I installed a water line heater (think it's also called a heat tape) and wrapped the pipes in insulation because the meter is in a part of the house that is unheated, and it is supposed to get darn cold in the next couple days. During installation, I noticed that the meter was loose. This caused a steady drip. Both joints were loose. I tightened it back down and have been worrying ever since.

What caused it to loosen? I don't think there's been much vibration. The only thing using any water at all right now is the furnace, and it shouldn't really be using much at all since I filled it and bled it 3 months ago. Everything else has been shut off. There was one or two nights a couple days ago where the outside temperature reached down to about 10 degrees F. Could this have caused the problem in the unheated room where the meter is? There was one morning years ago when I lived in the house that the water line actually froze on an extremely cold night and it prompted me to install a heater then, so this room can get very cold. 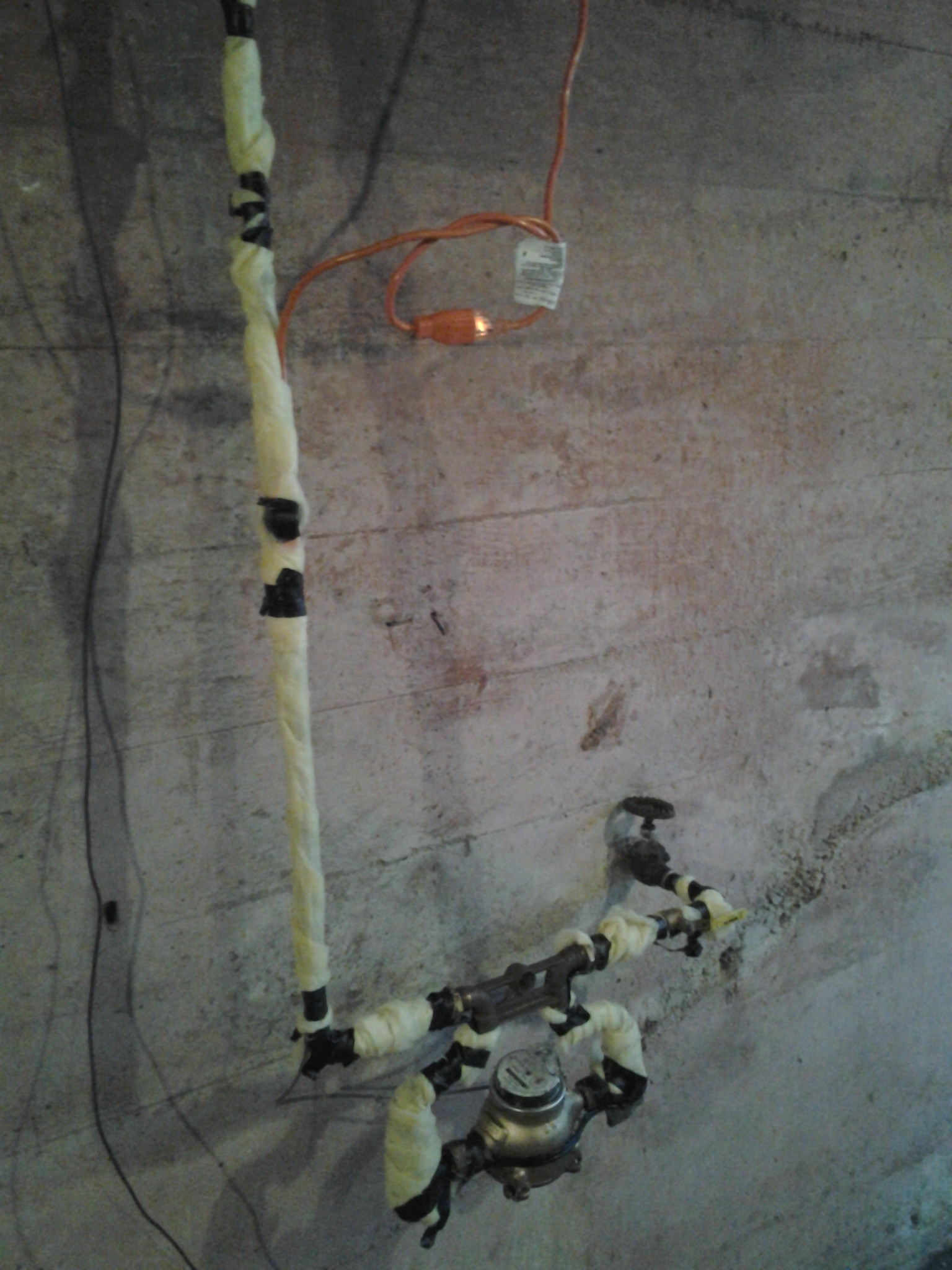 The meter likely has rubber gaskets that make a seal between the meter body and the pipes; like a garden hose. Temperature changes or age (likely only if the city installed a used meter with used gaskets) could have changed the pliability of the gaskets. I can't say if the nuts loosened, but there shouldn't be any teflon tape or pipe dope on the threads. If they start to leak again, or if you're sufficiently worried, you can check the gaskets. Turn off the water at the main and you can easily take the pipes apart from the meter and inspect the gaskets. New ones can be purchased at any plumbing supply store for a couple bucks.

For example. If the joint was just barely made water tight while the pipe was warm, it could leak if the pipe became cold enough.

I'd tighten the connections; as you have done, and monitor the joints for any further loosening.