Removable windows for the porch or sunroom

I have a potential project where there is a metal roof/awning/overhang supported by posts on the south side of the house. It is sort of like a car port, except there is no vehicular access to it (aside from pushing motorcycles or bicycles in there), and is hardly useful except for minimal storage, and protection of part of the southern wall from the summer sun.

The idea is to turn it into a more useful space, like a porch, greenhouse, sunroom, or combination thereof for some mixed use. For that it needs to be enclosed with ample window area (preferably, top to bottom coverage). Ideally, it would be completely enclosed and insulated for the winter, but, given budgetary constraints, minimally it could at least provide dead air space that is protected from the wind that can extend growing season a bit, and be a sort of thermal mass that can provide some accumulation of energy (however small) during sunnier winter days.

At the same time in the summer time it would be nice to welcome breeze to have an opposite effect to the greenhouse one (it would eventually be somewhat shaded with deciduous trees from the high noon sun). What my parents did in a similar situation on their porch is enclosed it and had basic glass panes installed, which are removed for the summer and the openings are protected by the bug netting to prevent insects entering the porch, and, subsequently the house (which is not necessarily important here, as there is no direct access to the building, and, in fact, could be detrimental to pollination if it is to be used as a greenhouse). That is one solution, but that also means to have to store the glass somewhere, and protect it from damage, which is not ideal, and my not be viable for the full height windows.

So I am looking for pointers or example solutions where such space could be created. Whether it could be glass, or acrylic panes; some sort of quality plastic film or panels that can be rolled up etc. I don’t want to violate SE policies for the question’s scope, just need a starting point from which to proceed, knowing what pitfalls, trade-offs and so forth to consider. But the more examples, the better.

The classic, olde-fashioned aproach used on our summer camp porch:

Large interior shutters, hinged at the top, ropes at the bottom, run over pulleys up in the roof, attached to cleats. Given purpose and era, those had small windows in them - you are looking for larger windows, principle would be the same, but you might want them a bit narrower if using glass (due to weight). Plastic glazing (polycarbonate twin-wall) would be much lighter - good plant light, not so good for views, not fragile.

The shutters were pulled up into the roof when summer came, and left there unless there were bad storms. The two at the corner overlapped and were rigged so that one went up first and the other had to follow it, or they wouldn't go. When they were down, a toggle at the bottom kept them from blowing and flapping about.

It's more fiddly to build than removable glass, but does simplify storage quite a bit. Height of shutter/window that opens can't be more than width of porch (but the solid wall portion could be glazed.)

On the third hand, if there's a good portion of non-window-area house wall on the back, you could store removable windows there against the house wall.

Responding to comment: I cannot find a picture of the old, simple system. The picture I can find that's closest is this more complicated bi-fold system, but if you imagine it with a single, unhinged window panel, and ropes/pulleys it's pretty close - it would just cover more ceiling, and be easier to build. 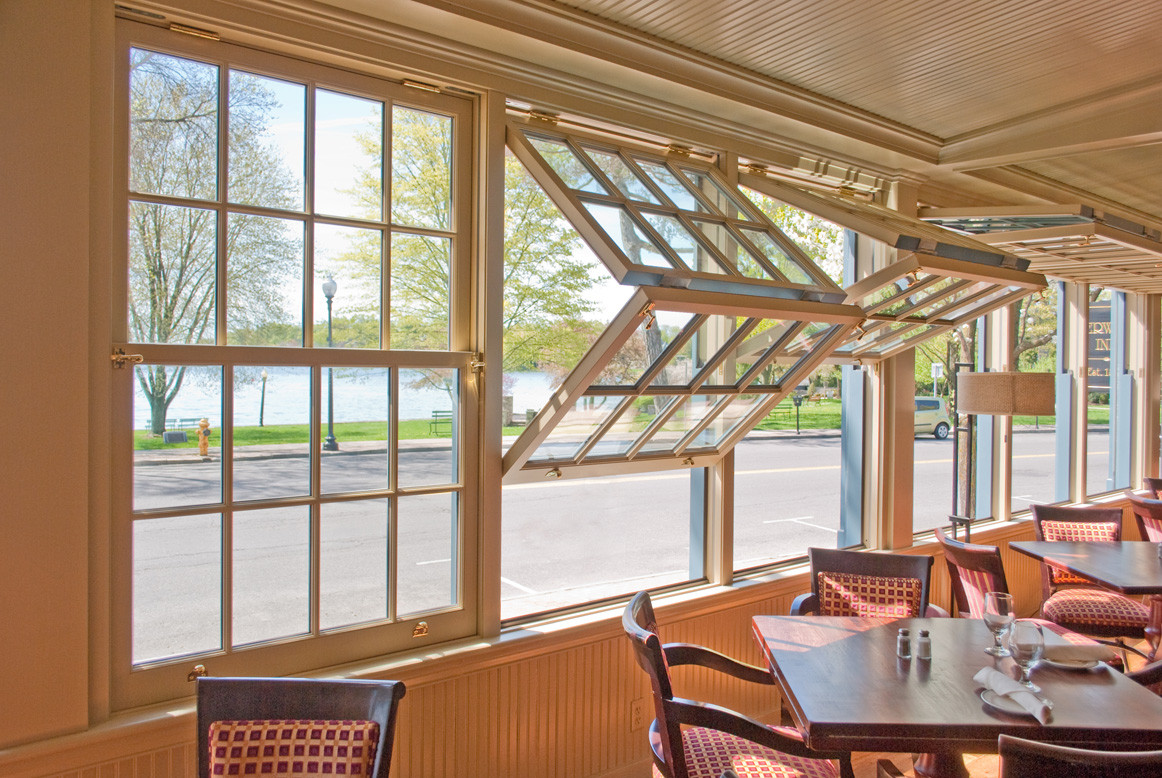 I did quite a bit of research on this a while back (have yet to make a decision). What I found for options: 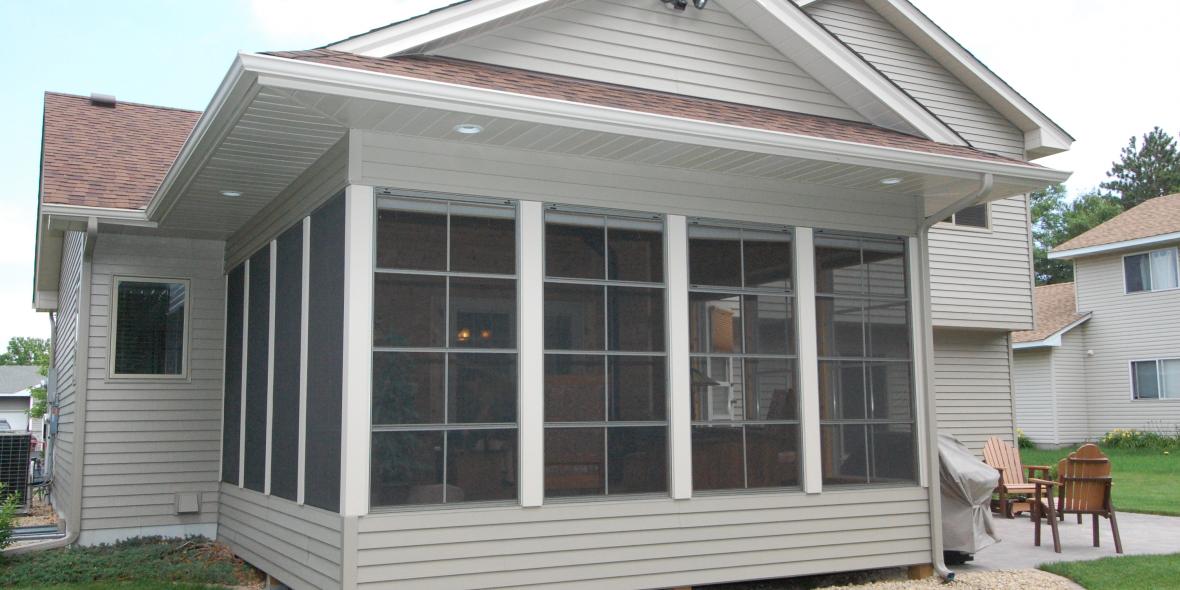 Sliding Vinyl Window Panels (not really a full window, but acts like one). 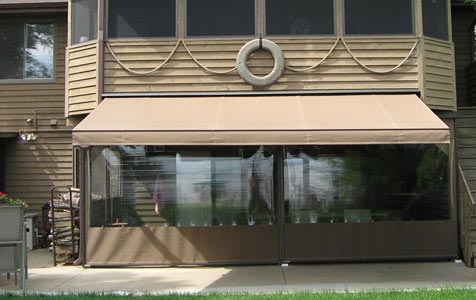 Not the answer you're looking for? Browse other questions tagged insulation windows or ask your own question.

3
Extra insulation for panes of aging windows
3
How do I determine if the energy savings are worth replacing windows for?
0
Do I want low-SHGC windows on the east and west sides?
2
How useful is double-glazed glass for sound and heat insulation in a semi-tropical climate?
1
Can one-way window film actually be a detriment to my windows?
1
Sliding glass windows in an open space: plain or treated glass?
1
Need advice on porch conversion to sunroom