How should I fix this drywall hole for my bathroom paper towel holder?

The bathroom paper towel holder is loose and can't be hold anymore. It was anchored on the drywall I believe. This is caused by the hole was broken. 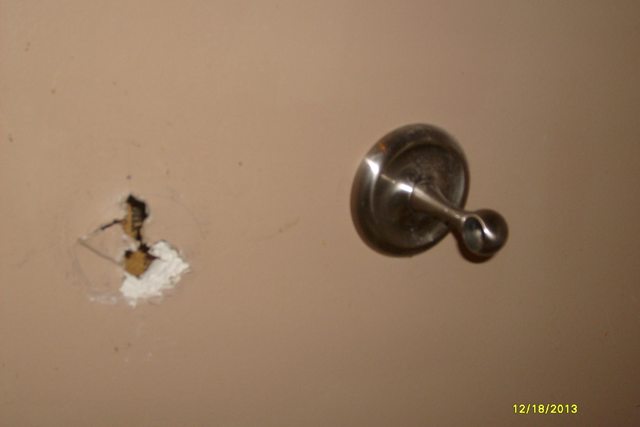 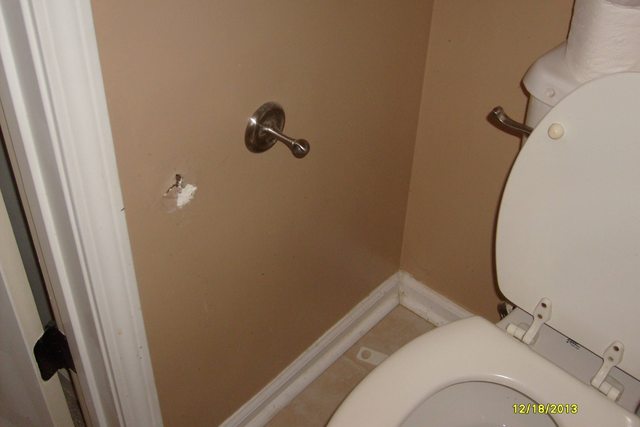 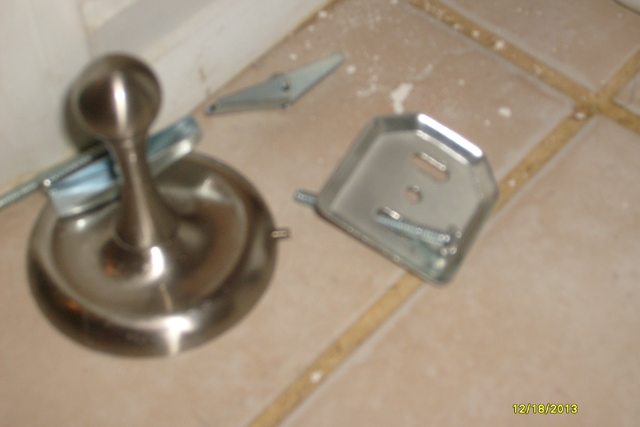 Do I need to buy a drywall to fix it? But it is too small. Thanks for your ideas.

Yes, you need to add drywall if you want to fix it so it's strong enough to hold the TP holder.

Since you have to make the repair anyway, might as well do a better job. You'll have to remove the other side of the TP holder too.

Find the location of the studs on either side of where the TP holder and make a mark 3/4" past the edge of the stud so it's in the center of the stud. Measure the distance between those marks. That's the width of your patch.

Next measure the vertical distance of the damaged drywall area. Not just the hole put poker your finger to test if there's any damaged gypsum that's still held together by the paper. This should be less than the vertical distance between the screws that mount the TP holder to the wall. If not then use that distance as a reference.

Cut out a rectangular piece of drywall to those dimensions. They sell partial sheets of drywall at the home centers so you don't have to buy and transport a full sheet. Place the patch over the area between the 4 marks you made and trace out the shape then cut out along those lines with a jab saw.

When you're buying the drywall also get a piece of lumber at least 1.5" wider than the height of the patch. So if the patch is 4" high get a 2x6 (5.5" height) cut to fit between the two studs. If you have any plumbing or wiring it might be easier to get a 1x instead of 2x. The can cut it to length for you at the home center if you don't have a saw and provide them with the measurement.

You're going to attach that piece of lumber behind the patch. You can toenail it to the studs but I think it's easier to use pocket screws. A Kreg Mini Pocket Hole Jig is fairly cheap and comes in handy for a number of projects. (I have written a comparison of Kreg Pocket Hole Jigs on my DIY blog if you're interested in buying a different model for other projects.)

Drive a long drywall screw part way in the center of the face of the lumber so you have something to hold on to. It may be helpful to draw some guidelines along the top and bottom 3/4" in from the edge to help align the piece if you don't think you can eyeball it.

Slide the lumber into the hole you cut out, align it so you have enough space to drive drywall screws into it from the existing drywall top and bottom and secure it to the side studs by either toenailing or driving screws through the pocket holes.

Place your patch and secure it with screws. Drive some screws around the existing drywall into the lumber you added to keep that from moving around and cracking the joint. Then tape and mud the patch. You may need to carefully remove the side of the door trim to do this.

When you reinstall the TP holder use wood screws that are long enough to securely fasten into the lumber you installed. It will now be strong enough to hold up to someone's death grip on it because they didn't have enough fiber or water or if they use it for some support getting off the throne.

Here's an illustration that might make it easier to understand. The drywall on the front is semi-transparent so you can see the framing behind it. Actually I just remembered you don't need to cut past the edge of the stud (the width) if you're putting framing behind it. 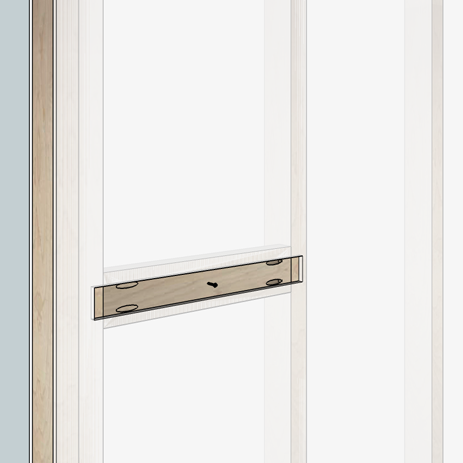 With the hole in the wall, you now know where the two nearest studs are.

One option to consider is to simply patch the hole (maybe both, including where the other mount is) and remount the holder vertically.

A vertically mounted holder allows both ends to be securely fixed into a stud without any hassle to construct a cross mount. Vertical installation also eliminates the "discussion" of whether the toilet paper should be installed to come out from the wall by going up or down—over the top or from underneath.

Not the answer you're looking for? Browse other questions tagged repair drywall mounting or ask your own question.

6
Can I hang a bathroom shelf with command strips or something similar?
4
How do I fix drywall around wall box so switch plate covers damage?
0
How to fix a towel bar drywall anchor getting loose?
4
What should I know before having bathroom fixtures installed?
2
Termite damage? Coming through drywall
1
Does drywall “wear out”?
0
How to repair towel rack that was anchored in drywall
0
Removing a broken faucet aerator
0
HELP! Need advice for Bike Wall mount
0
How do I get this shower head holder off the wall?