How do I replace this switch with a timer?

I was trying to wire in a timer switch for a vent fan. When I went to replace the switch (which I knew was a 3 pole) I was baffled by the way it was wire. 4 wires run into the box, two of the hot wires go straight to a switch and the other are marred with 2 other black wires that run back to the neutrals on the switches. All 4 white wire are marred. Hopefully these pictures below help make more sense, the switch on the left is a light and the switch on the right if for the fan that I want to put a timer on but as it's a 3 way switch, I'm not really certain how to go about determine which wires are hot/common/traveler etc) 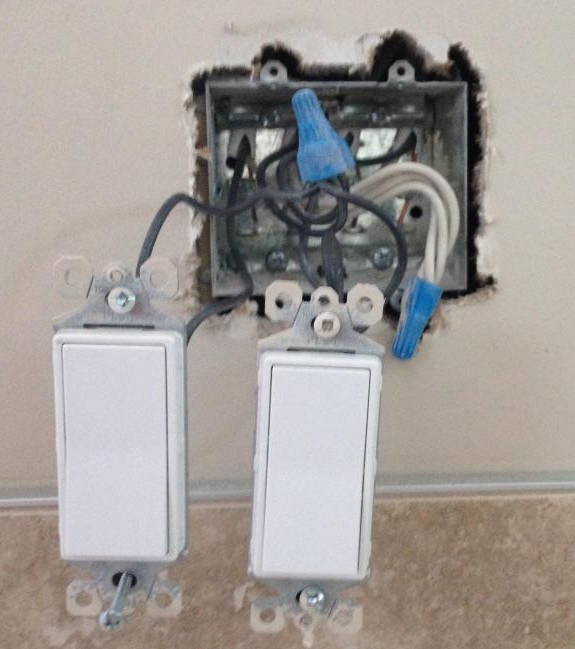 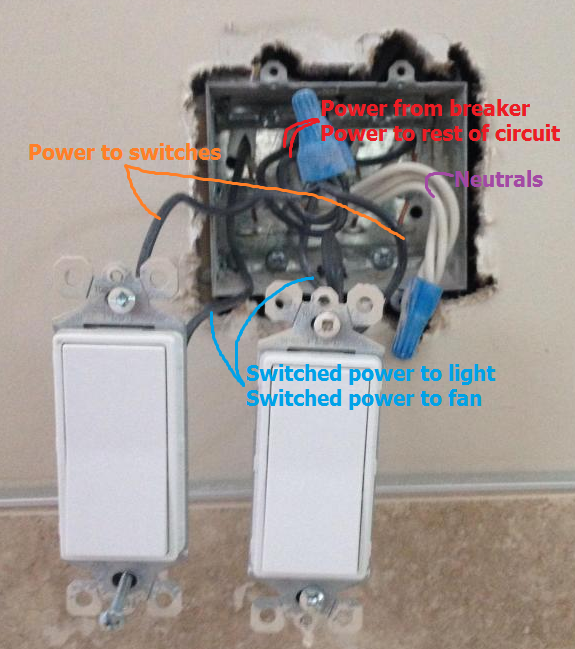 It's not possible from the image to tell which of the wires marked with red is the feeder from the breaker, and which is the feeder to other devices on the circuit. However, since you're simply replacing a switch with a timer, you'll not have to touch these wires anyway. The neutrals can also be ignored, unless you're installing a "smart" switch that requires a neutral wire.

Without knowing the exact make and model of the timer being installed, it's not possible to provide exact installation instructions. Instead I'll provide basic "typical" installation steps.

Here's some wiring diagrams from various timers on the market... 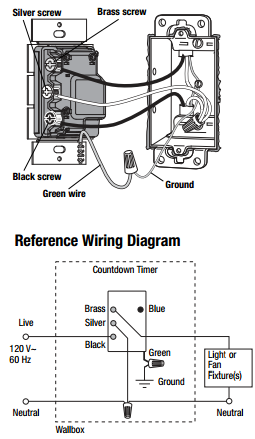 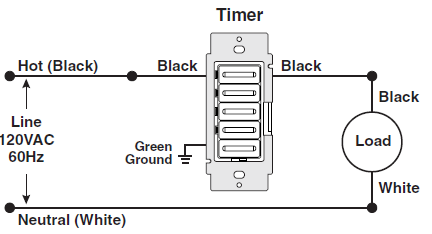 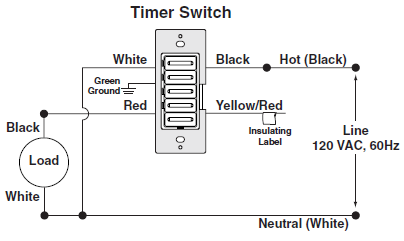 As others commented, it's a bit hard to tell without looking at the back of the switches, but trying to picture what you describe:

One per switch, right? In my understanding these would be the wires that actually go from the switch to either the lightbulb or the fan, so they should only become live when the switch is on.

You have 4 black wires here:
* One of the two coming from the wall is the live wire that comes from the breaker and brings power to everything.
* Another of the four goes straight back to the wall, presumably to power other switches (connected to the same breaker of course).
* Each one of the remaining two black wires should go to the middle of one of the two switches, to power it.

So if I got you right, you will want to identify the two black wires connected to the fan switch - one of the 4 marred ones is the one that powers the switch, and the other goes from the switch straight to the wall to power the fan.

This seems a pretty simple setting, so please be extra wary in messing there if you found it confusing. I mean, know your abilities... No offense meant!