Why does this switch throw the breaker when turned on?

Now comes the problem. There is also a switch on the wall that always appeared to do nothing. I was assuming that the switch controlled one/both of the non-working receptacles, but after my fix all the receptacles worked while the switch was in the off position. Plus, when the door is opened, the switch is behind the door; if it was intended to turn on a room light (there is no ceiling fixture), then it should probably be on the other side of the door. Finally, when I turn the switch on, the circuit breaker trips. This is the same circuit breaker that controls the outlets in the room. The light switch is single-pole, and appears to be the end of a switch loop - the black wire goes to one side of the switch, and the white wire goes to the other side of the switch. The only other wire in that box is the ground, which is attached to the box itself.

Maybe there used to be a light fixture, and it was wire-nutted together and plastered over? How can I trace the wires through the walls? I suppose I could simply disconnect and wire-nut (separately) the offending wires in the light switch, but I'd like to get it all set up correctly.

It sounds as if you miswired it so that the switch hookup is in parallel with a receptacle's hot and neutral (thinking that it's a daisy chain connection to the next outlet).

When you do that, guess what happens. Everything works when the switch is open, and when you close it, it short circuits.

A half-switched outlet, if that's what your friend has, normally requires three connections (not including ground). Two wires will come from the breaker, and two from the switch giving you four. This means two of them get connected together. How this happens is that the switch receives hot, and so it screwed to the same terminal as hot, or otherwise spliced to hot. The return wire from the switch feeds the secondary hot that controls the switched part of the receptacle.

The best way to proceed here is to turn the power off at the breaker and verify continuities: in particular, which pair of wires corresponds to the switch. With the power on, you should also check that you haven't wired any outlet with the opposite polarity: neutral being hot and vice versa.

As for tracing the wires through the walls, you can (circuit breaker off, of course) disconnect the wire at the switch, and disconnect a wire at an outlet, and see if there's continuity with the meter/tester of your choice (and some extension wire for the leads, in most cases.)

Tedious, but it will sort out pretty quickly. There is a device (toner is the generic term, Fox and Hound is one brand, I think, in the echoing cavern that passes for memory) that will put a signal on a wire (the Fox) and the signal can be detected by the other part of the tool (the Hound.) Overkill for most home work, but handy if you have it, or for more extensive work. I seem to recall that there are some practical limitations (ie, it may not work as well as it's advertising would lead you to think in real life.) 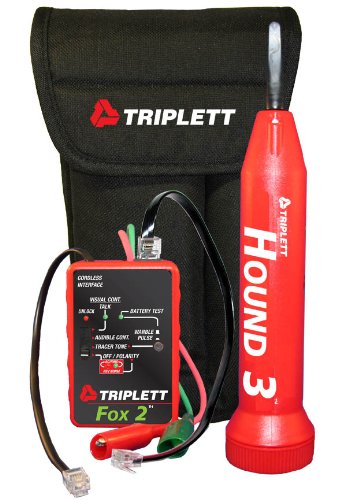 My guess is that the outlets were originally intended to be split; the bottom has one circuit that is always on, and the top is switched by the wall switch (or vice versa). For this to work, there is a metal tab on the hot (black) side of the outlet that connects the top and bottom outlets together that has to be broken off. It's really common for people to not do this, and they end up with an unswitched outlet. So, that's the first thing to look at. If you have the old outlet, I bet you'll see that tab being broken.

As for the switch tripping the breaker, I think the switch is just wired incorrectly, and is switching to neutral rather than to hot.

Not the answer you're looking for? Browse other questions tagged switch circuit-breaker receptacle or ask your own question.

0
How do I wire this GFCI receptacle/switch combination device?
3
How to identify the purpose of this switch?
2
Why does my new switch keep tripping the breaker?
4
Rewiring a switch controlled receptacle to a ceiling light
0
Why does netural wire on switch bypass circuit breaker?
0
New light switch not working
0
Master bedroom light switch is controlling the bathroom too?