Why are my water/radiator pipes whistling when I shut down the heating system?

With winter coming up, I started to heat the house and for the first time the radiator pipes are starting to whistle when I heat and then shut down the system. I have a big house and I need to shut down the heating system regularly if I do not want to blow out my budget. I went in the basement to inspect the system and I saw that the bottom of my boiler is leaking: could this be the reason why the pipes are whistling or is the issue coming from an another source?

You might have air in the pipework to the radiators. You can bleed air from the system's heating circuit (usually a bleed valve is present at the highest point in the pipework) 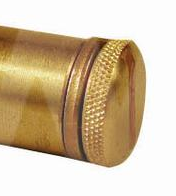 and from individual radiators. 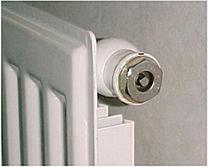 Details vary depending on which side of the planet you are standing.

If you are below the release pressure, and you believe the guage is working. Your PRV may be defective. Replace it. It isn't a difficult thing to do, but you have to properly flush the system of water first, then properly refill when you are done.

If you are in fact at or above the release pressure, that would explain the puddle. In that case the question is why. Part of the answer is probably air in the system, as stated in the other question. Bleed all the radiators. If radiators higher up need bled again and again consider automatic bleeder valves/ screws on those radiators.

Not the answer you're looking for? Browse other questions tagged heating radiator or ask your own question.

1
Why is noise coming from our hot water radiator even when it is off?

9
Should I insulate steam pipes in the basement?
2
Why would a newly installed radiator only heat when on constant bleed?
3
How can I stop heat loss due to an uninsulated porch?
2
Why is one radiator TRV in the house missing the control?
0
What could be preventing the heat boiler from circulating water upstairs to the radiator, frozen pipes?
2
Water radiator system has single loop instead of flow & return pipes — does this make sense?
1
Resonance in pipes, heating system
0
Why does my radiator only come on when other radiators are on too?
0
Hot water leak from heating system