Can I install a new outlet here?

I saw a blank faceplate at our new place, decided to open it up, and found two black cables going straight through the box (see picture). This would be a great spot for a new outlet, so I wanted to make sure I had the right idea before I went ahead and tried anything. 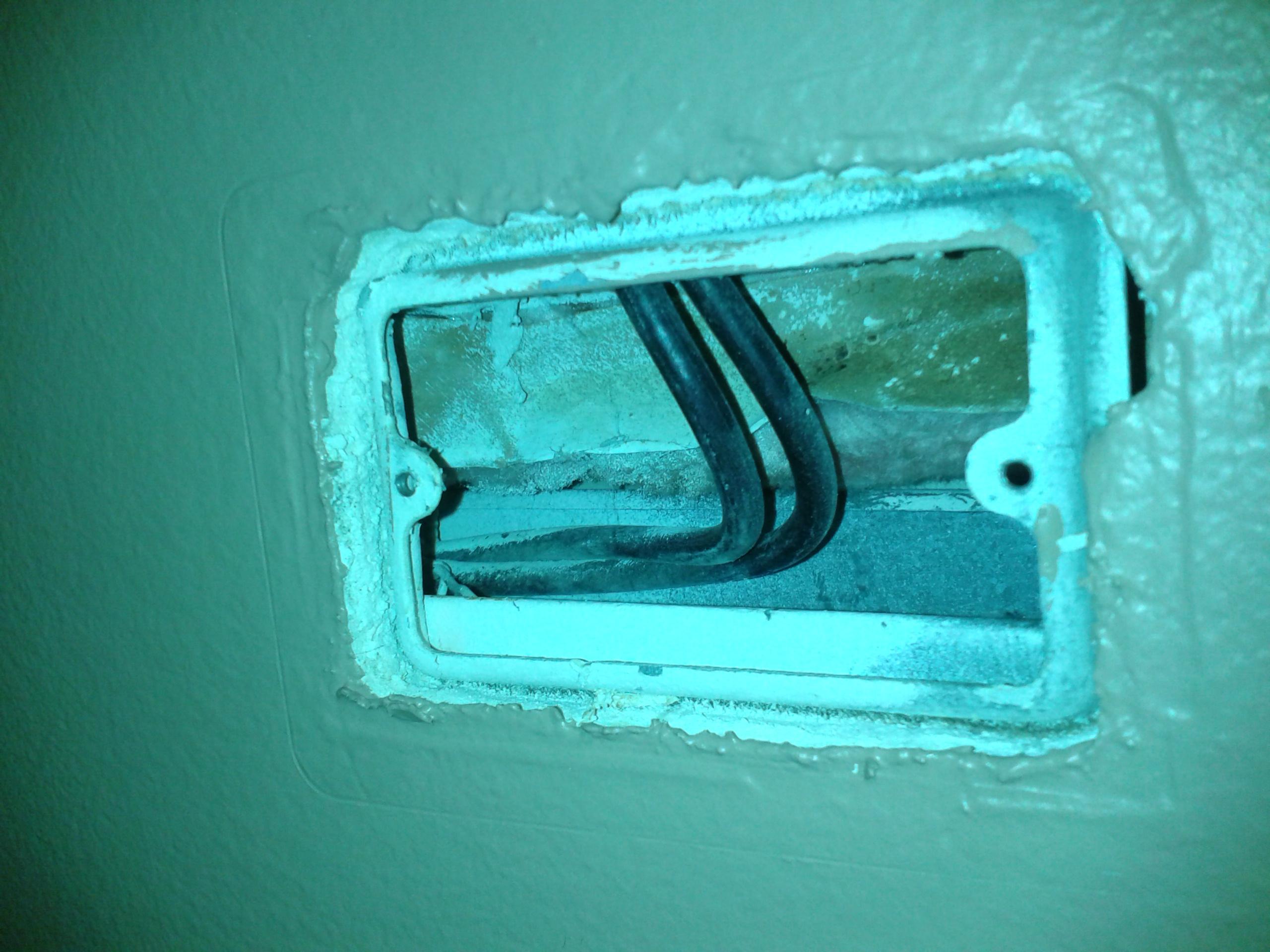 Is it as simple as clipping one of the wires and attaching both cut ends to the respective terminal on the new outlet? Does it matter which cable I pick? My guess is that one cable goes from the local circuit to another outlet to the left, and the other cable goes from the circuit breaker to power the back room. My thought would be to cut power to both, cut one, and check to see which set of outlets down the line no longer work.

I've replaced plenty of outlets before, but haven't actually installed a new one. I just want to make sure I have a good plan before I attempt this and screw things up or hurt myself.

No, you can't because that's not an electrical box or cable but is rather a telecom cable and bracket.

1
How do I wire receptacles for a washer and dryer on a new circuit?
8
Wall Outlet with three sets of wires!
0
How do I add an outlet between two other outlets?
1
How to make outlet half-hot in this situation?
2
Adding new 240v 30 amp outlet by tapping into existing NEMA 10-30 outlet box
1
Adding a new outlet
0
New Leviton GFCI outlet not working
7
Can I start this 20A circuit with a 15A outlet?
3
So is my 1950s/60s era 2-prong outlet junction box grounded or not?