I am about to have my windows replaced at my home. The openings are all block frame, which from what I understand generally means that the exterior trim of the window doesn't need to be disturbed.

A previous owner had aluminum siding installed on the house. Unfortunately, the installer did a rather poor job where the siding meets the trim. In areas, there's a rather large gap between them and, as a remedy, a large amount of caulk has been used to fill the space.

Since I'm having the windows replaced, now seems to be the appropriate time to also clean this up. One of the window salesmen that visited my house recommended it just being ripped out and recaulked more carefully with new trim. I've also heard of something called j-channel being used but I'm not sure whether this is just for vinyl siding. What's the most pragmatic way of dealing with this?

Below is an example. This particular example doesn't have too bad of a gap (from what I can tell) but it gives you an idea of the existing state. 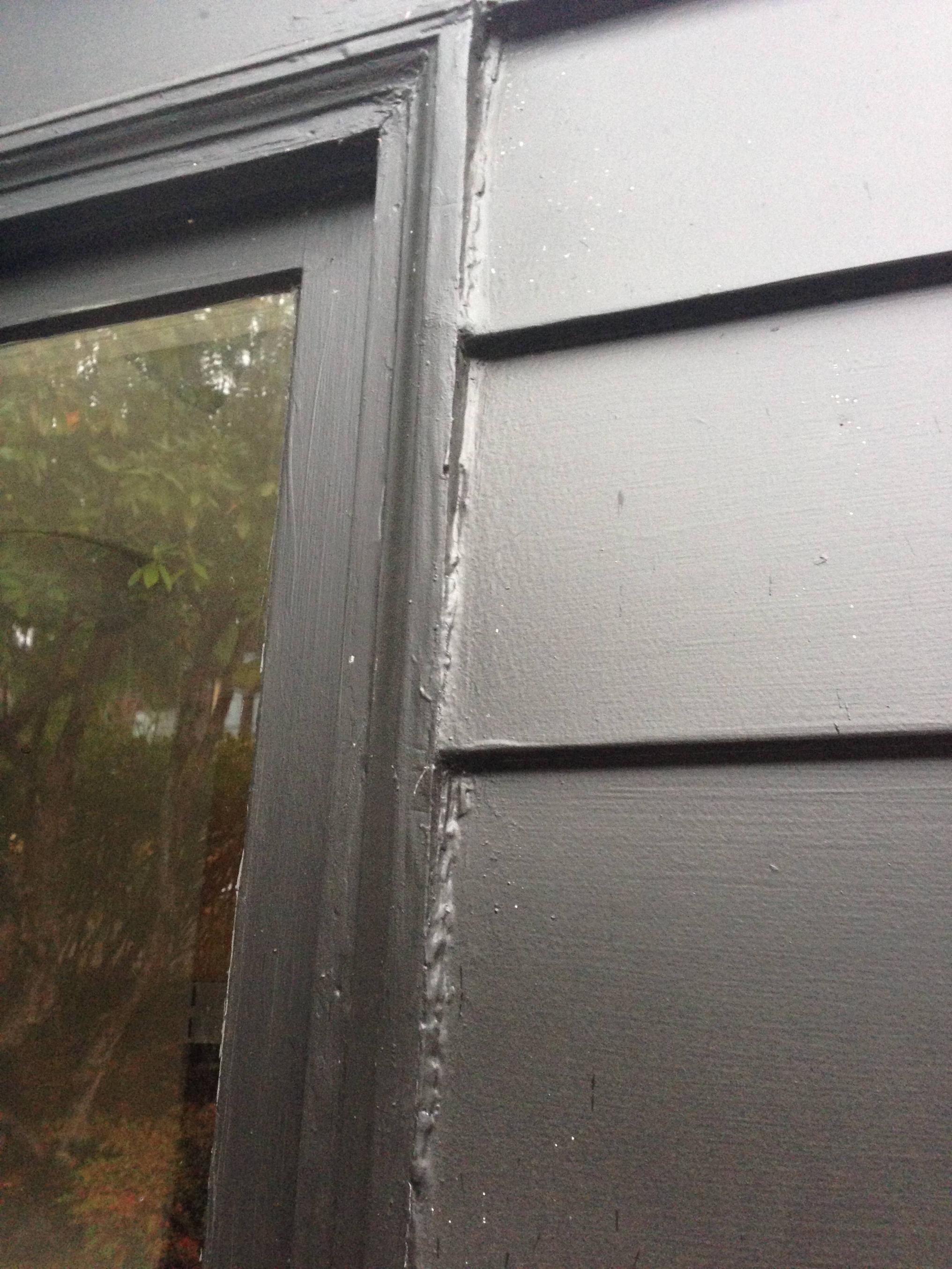 Both vinyl and aluminum have similar issues regarding thermal expansion. The siding must be installed with a gap to fixed objects in order for there to be room for expansion. If this is not done, the siding will expand against the obstruction. Not being able to move in that direction, it will buckle along it's length, causing unsightly bulges.

Therefor, J-channel is a common element in installation of both materials and is readily available in both aluminum and vinyl. I would consider J-channel the best solution, but it does involve more work than simply re-caulking.

Yes the caulking is not great,but to put in j-channel is not a easy task. That is old aluminum it has to be removed without dents ect. Try on spot out of sight see the way it goes. They may not even make that brand anymore. Yes j should have been put in.You can live with it, or maybe scrap and reapply a neater caulking job.

Not the answer you're looking for? Browse other questions tagged windows trim caulking siding or ask your own question.

6
How do I fix window jams that are not even with drywall?
1
How can I winterize windows with original trim from 1885 without ruining them?
1
Questions about DIY on cedar siding and maybe new windows
4
How to remove window with minimum damage to outside trim
1
New paint cracking on caulk bead along exterior trim and j-channel flashing
1
Sealing metal siding against window j/c channel?
0
How to waterproof siding repair?
1
How to Apply Decorative Exterior Trim When Trim Width Exceeds Side Casing
0
Should the tiny gap between exterior window trim and the window housing be caulked?
2
How messed up are these window installs and do I need to fix them?