How to get rid of this sulfur problem

I just moved to China about a month ago to live with my relatives in an apartment complex on the 16th floor. Now, there has been a sulfur problem near their washing machine, and sometimes their bathroom too.

This leads us to believe that there is some pre existing chemicals in the water pipes. And that everytime the upstairs apartment (17th floor) uses the water pipes, it somehow pushes the sulfur into the pipes near our laundry machine. (The people on the 17th floor moved in last month as well. Before they moved in, there was never a sulfur problem). Currently, the only way to rid of this smell is push the smell further down by washing clothes.

How can we fix this sulfur problem? Washing clothes is only a temporary solution, but sometimes the sulfur comes back immediately after the load of laundry is finished.

Any information about the causes or solution to this problem would be greatly appreciated.

EDIT: Our clothes are not washed with sulfur contaminated water. Honestly I have no idea what exactly is going on with this sulfur, because using the washing machine makes the smell go away, but the sulfur isn't actually in the water the machine uses.

EDIT 2 : Keep in mind this is in China. This stuff looks bootleg. Here is a brief description followed by pictures. The laundry machine is in the corner of the bedroom. The washing machine has a small dark gray hose that outputs the water. Then there is a white tube sticking out of the ground that is the building sewage. All that we do right now is stick the gray hose into the white tube. We tried stuffing the tube with towels when we weren't washing anything, but the sulfur smell still got through. 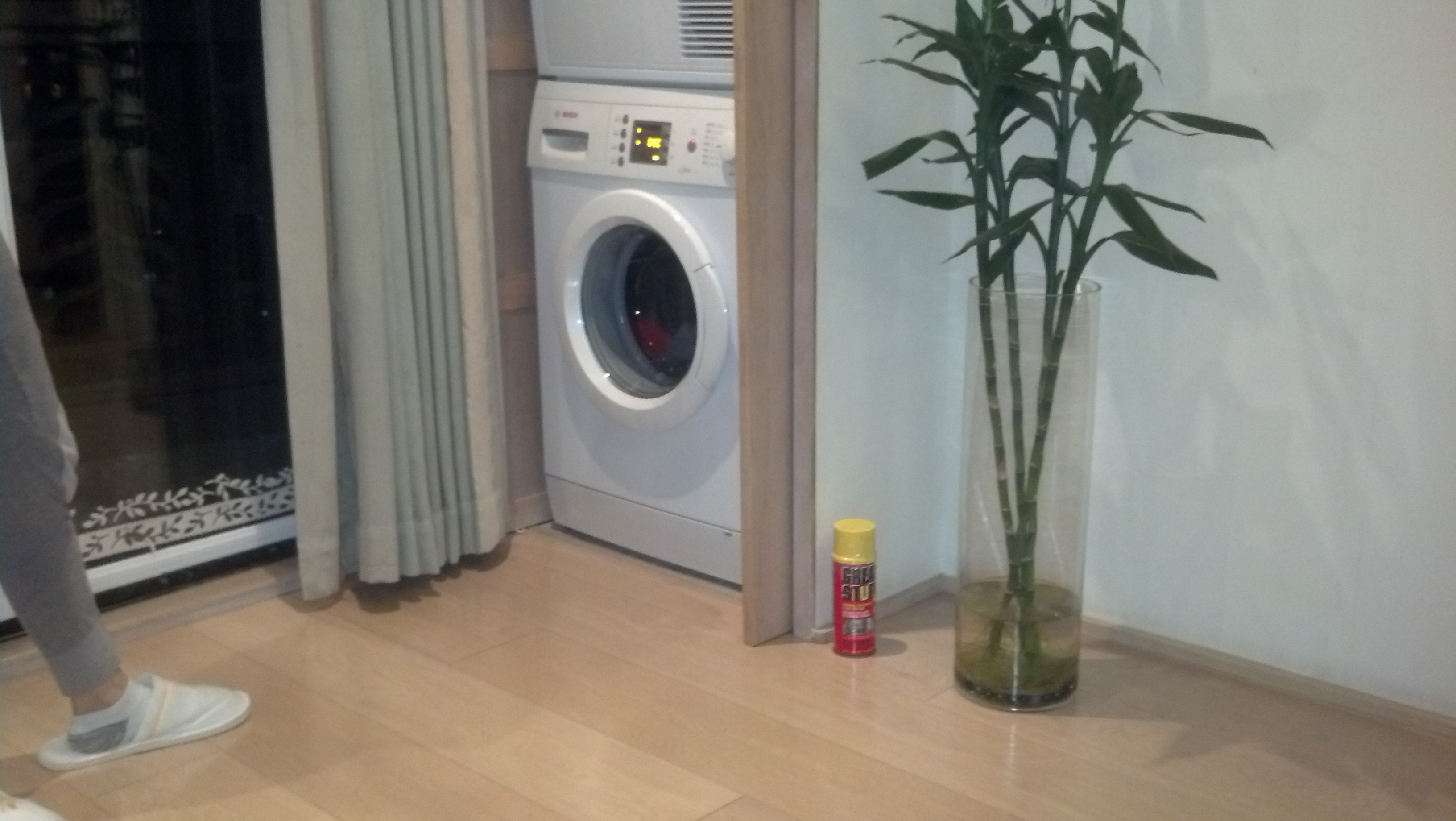 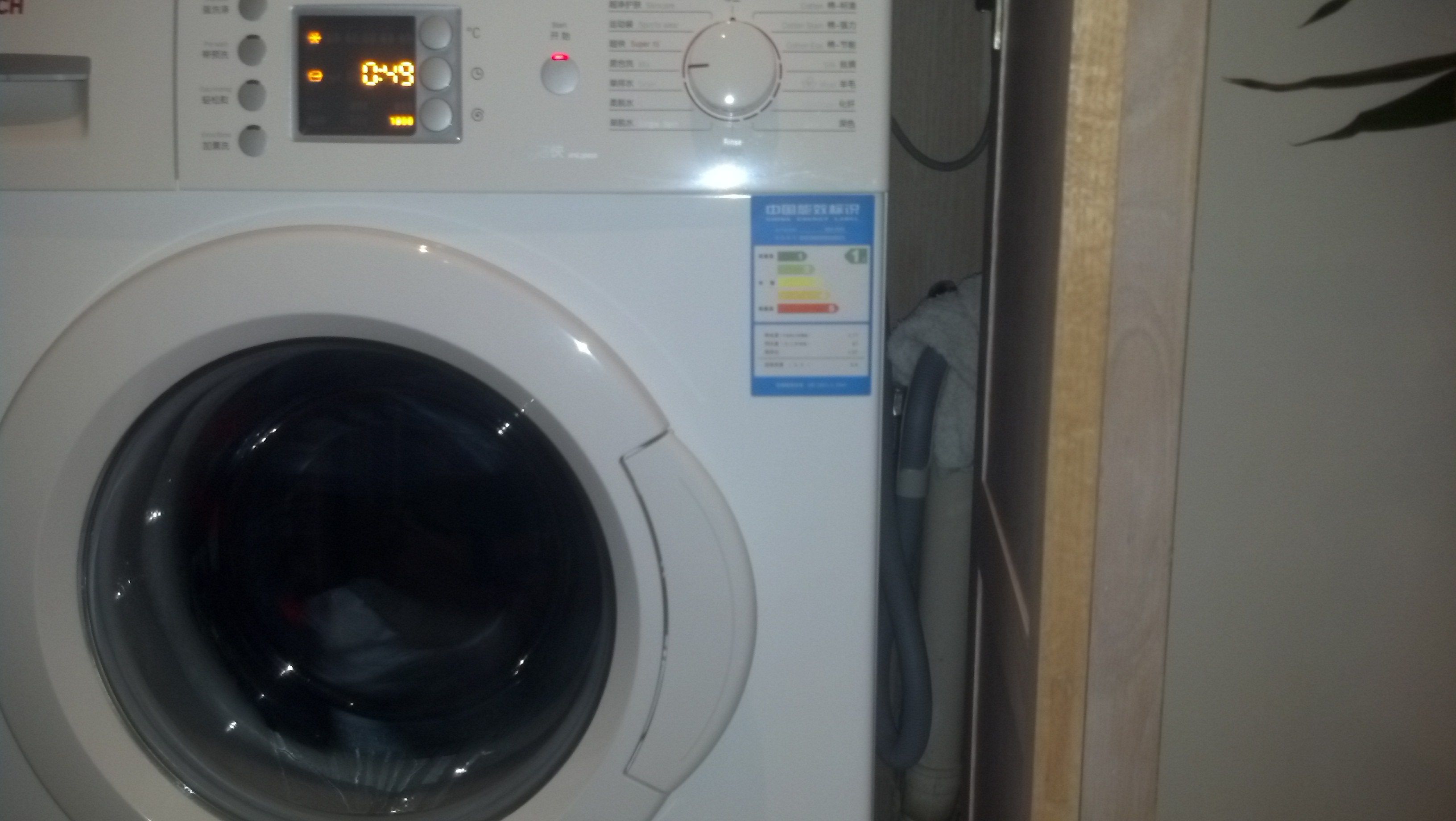 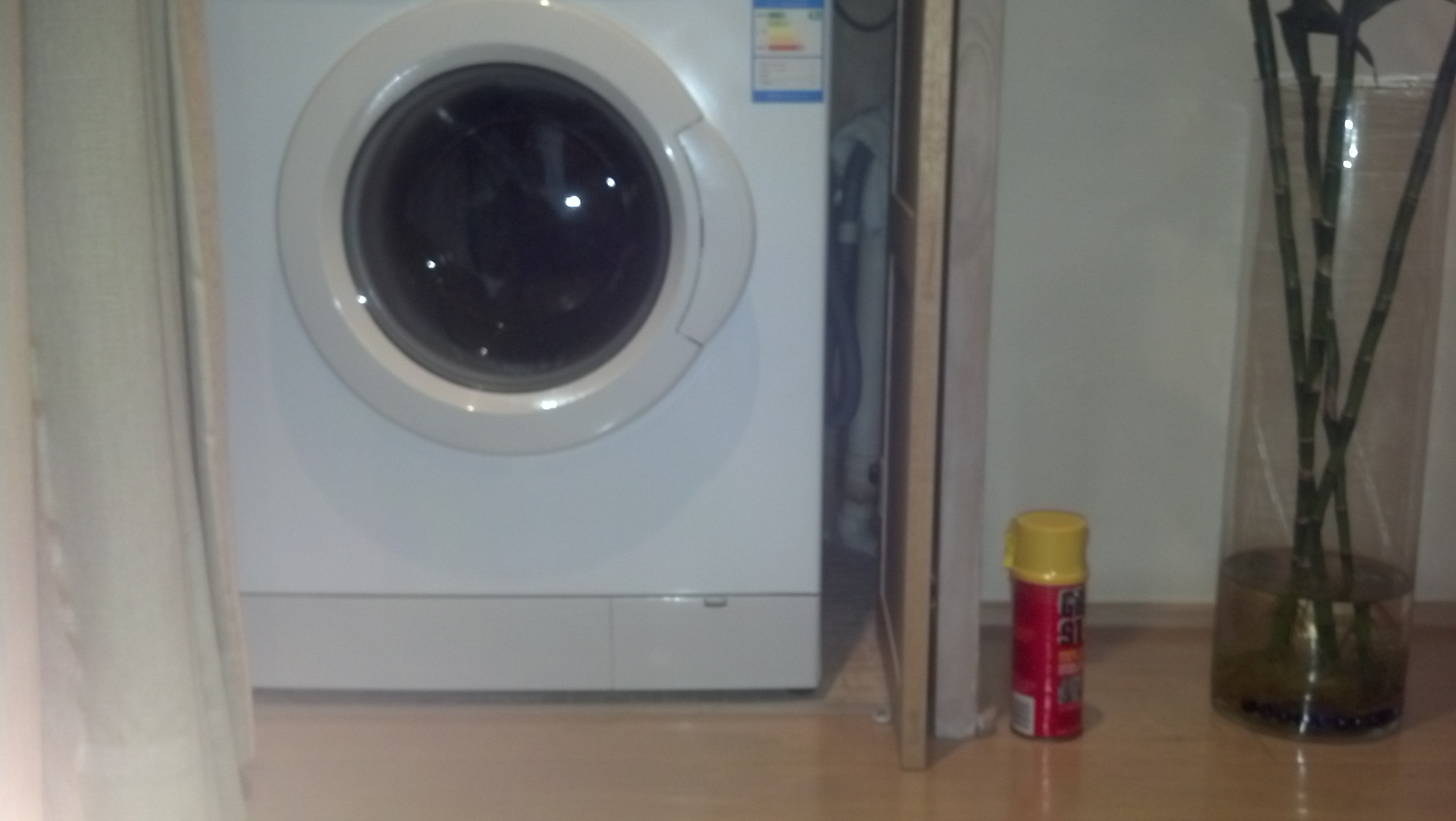 Your problem is the sewer, not the "fresh" water.

Activity on another floor is almost certainly sucking water out of the sewer trap at your laundry and/or bathroom sink. The dry trap then has no resistance to rising sewer gas. Doing laundry fills the trap back up. Here's what it might look like in the wall behind your laundry machine. For proper operation the U shaped part must be full of water at all times: 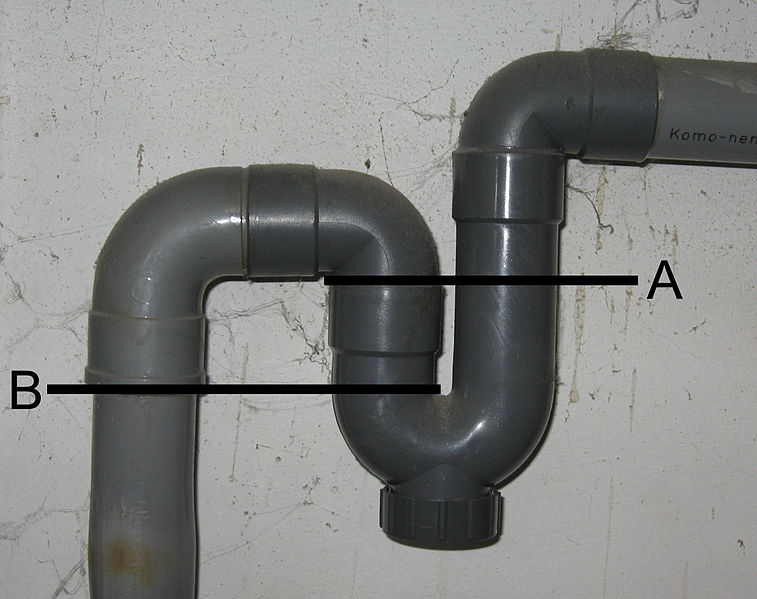 We're talking China, so shoddy design or construction are a possibility. If the sewer trap is not vented, or is S shaped rather than P shaped ,it is vulnerable to siphoning dry. See https://en.wikipedia.org/wiki/Trap_(plumbing)

Test this next time you have the smell. Slowly pour about 1 liter of fresh clean water down into the drains near the laundry, and see if the smell starts to dissipate.

You can fix this by crudely mounting a second waste trap between the washer and the building's trap. This could even include an "automatic air admittance valve" just to act as a vent without the need to penetrate the roof or reach a window.

Not the answer you're looking for? Browse other questions tagged plumbing water sewer or ask your own question.

10
Why might our washing machine cause our clothes to smell damp when dry?
3
When to turn on the water for my washing machine?
1
Should washing machines be placed on tile or other water-proof flooring?
0
Foul smell in my bathroom when I run water anywhere in my house
0
Is sulfur smell in my cold water only due to the hot water heater's anode?
1
How to chlorinate a tankless water heater?
2
hot / cold copper water pipes located above main electrical panel
3
Sewer smell in basement - missing venting or other leak?
1
what is the size or model of an add-a-tee(similar stuff) can convert a toilet water outlet working both for a toilet water tank and a washing machine
1
Tankless hot water smells