How can I safely remove and replace a wall? 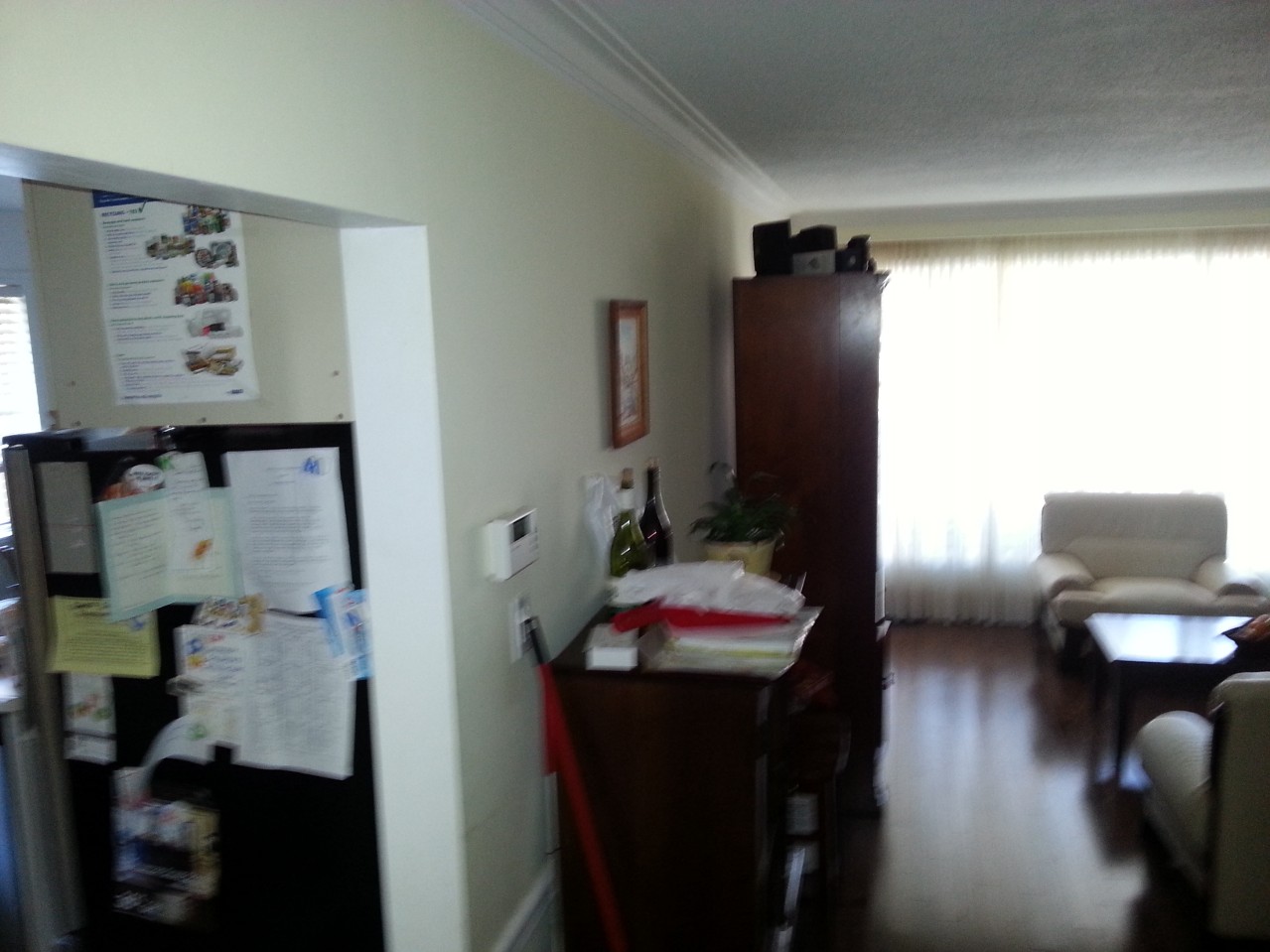 This is about 25' long, and it separates my kitchen from my living room/Dining room.

Underneath it, we have a double 2x8 floor joist, which is supported midway on an 8 inch steel I-beam. (Joists are perpendicular to the beam) 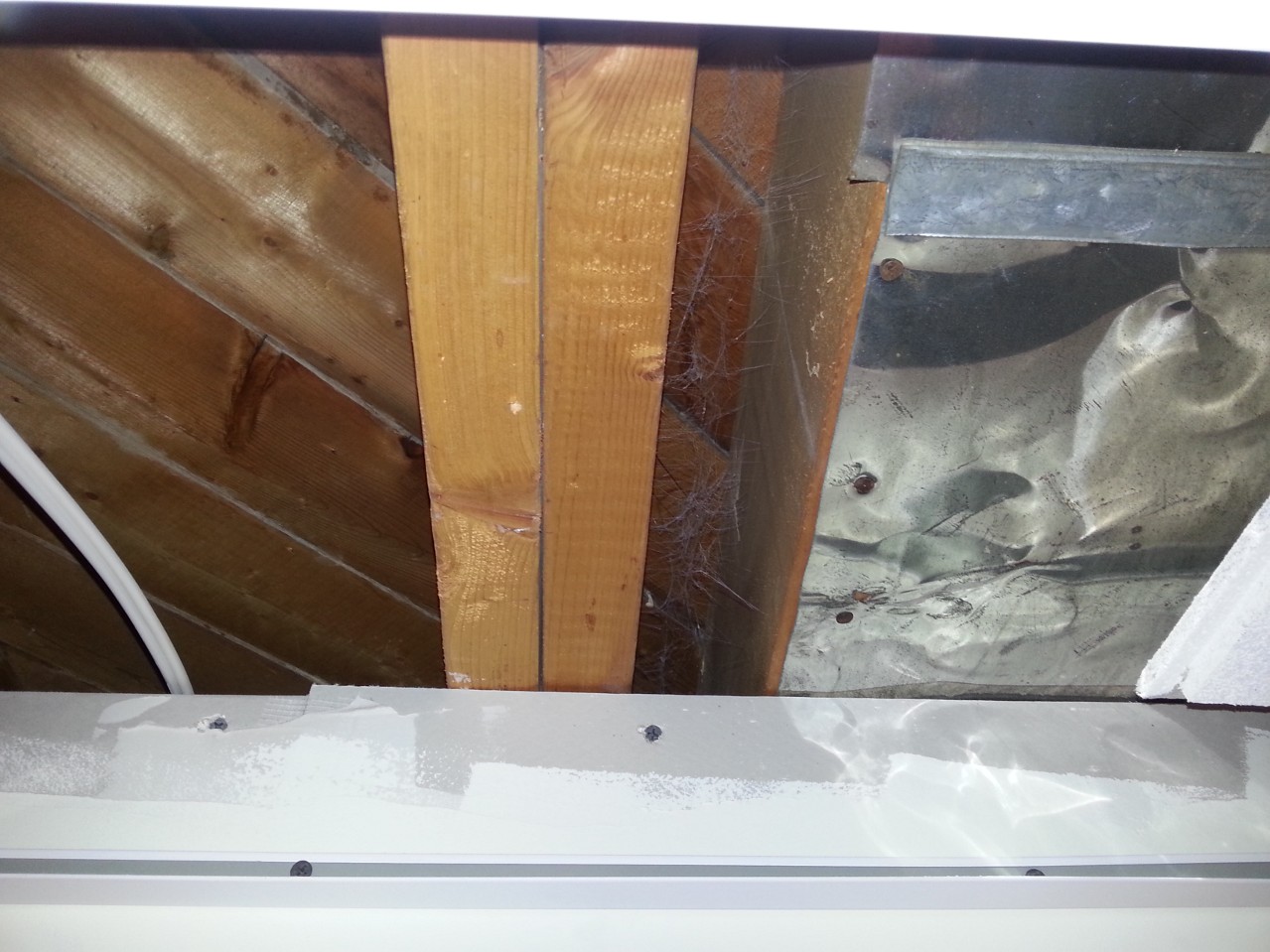 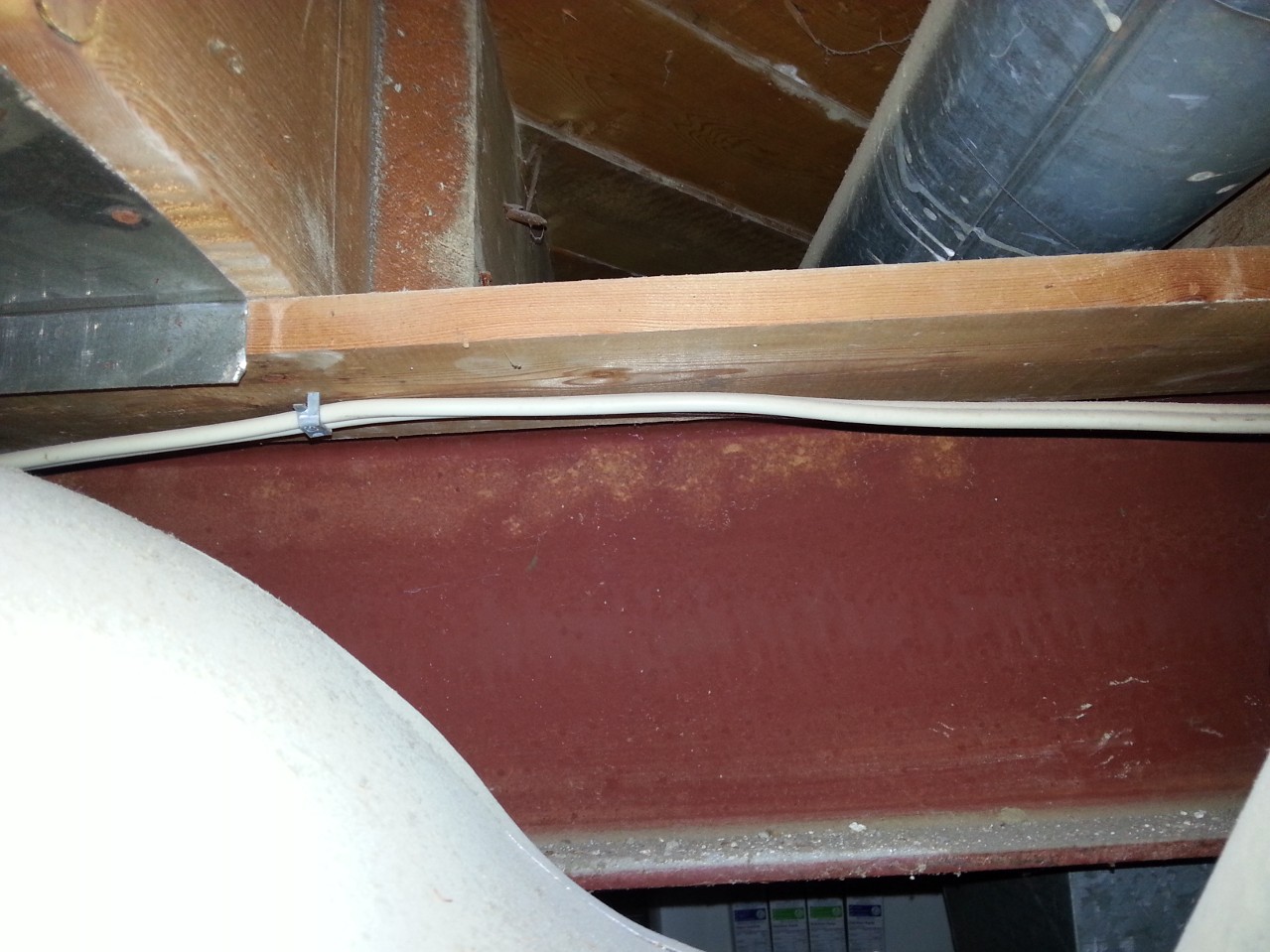 The wall itself is normal stud construction, with a double 2 x 4 on the top. 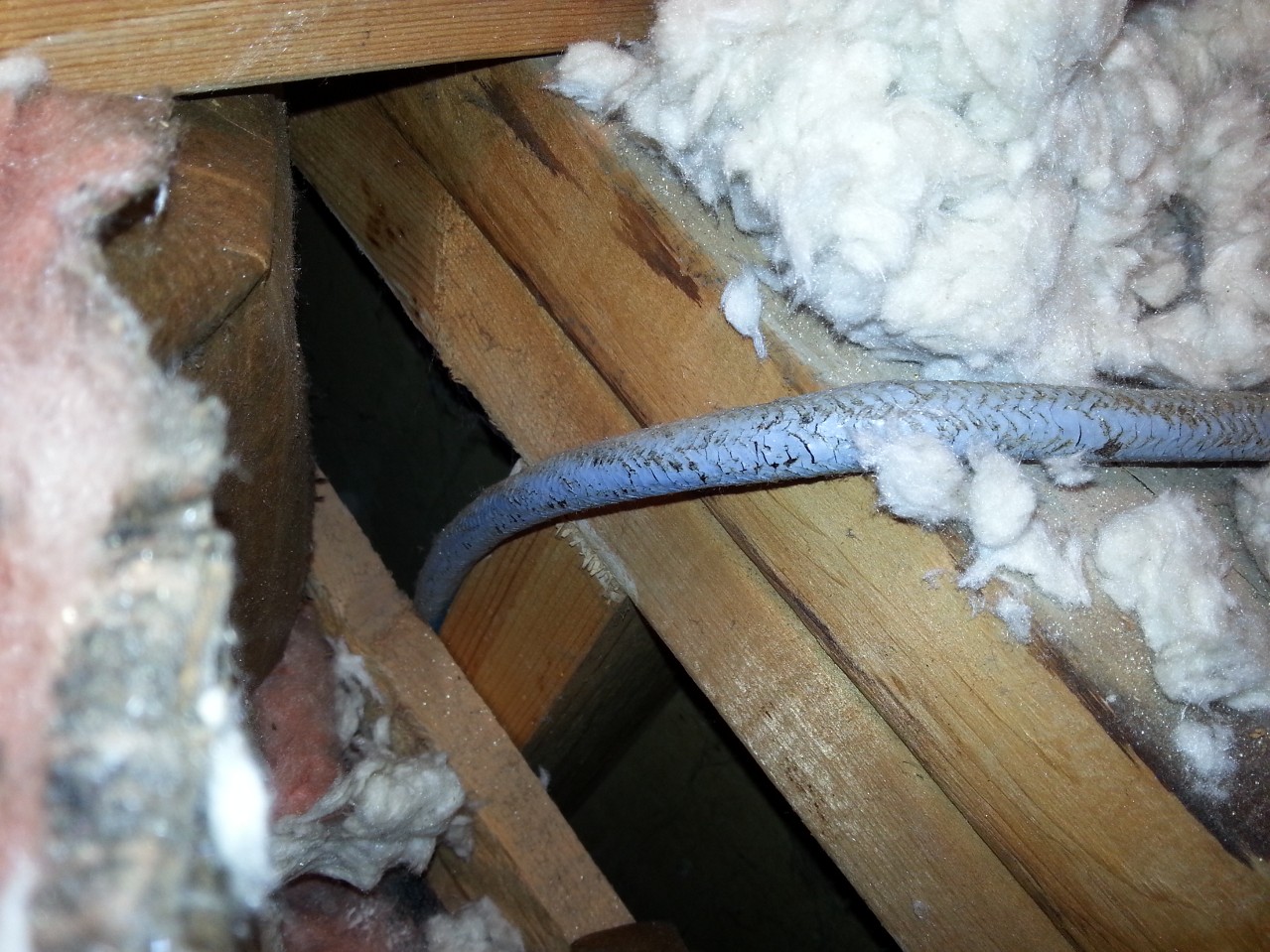 The roof is a Cut-Truss construction.
The ceiling joists terminate at the wall I would like to remove: 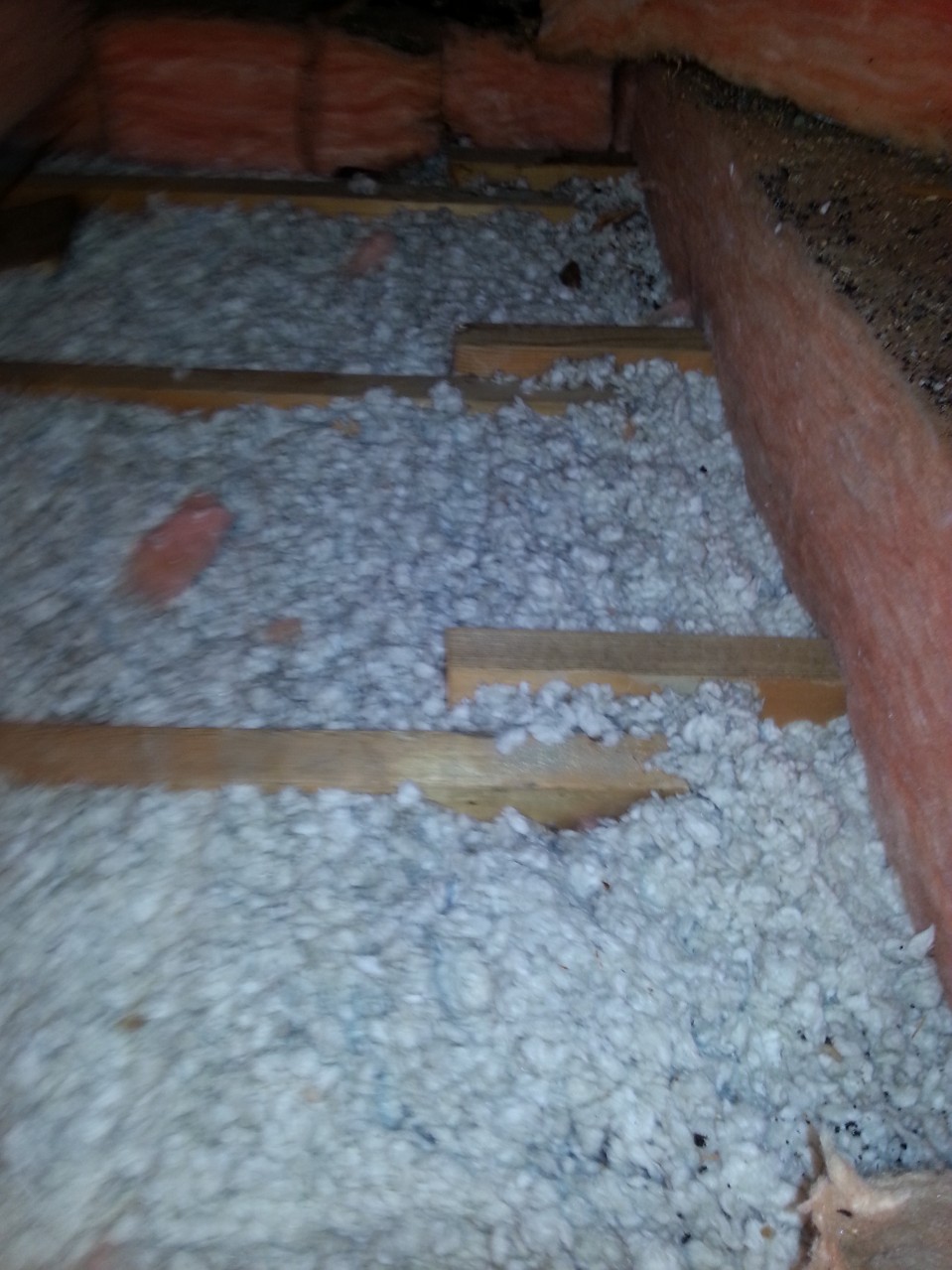 This leads me to believe that the wall is not load bearing in a structural sense, but does support the ceiling joists and the plaster ceiling.

Is it safe to remove this wall, and what type of beams/joists/rafters would I need to put in to support the ceiling load? 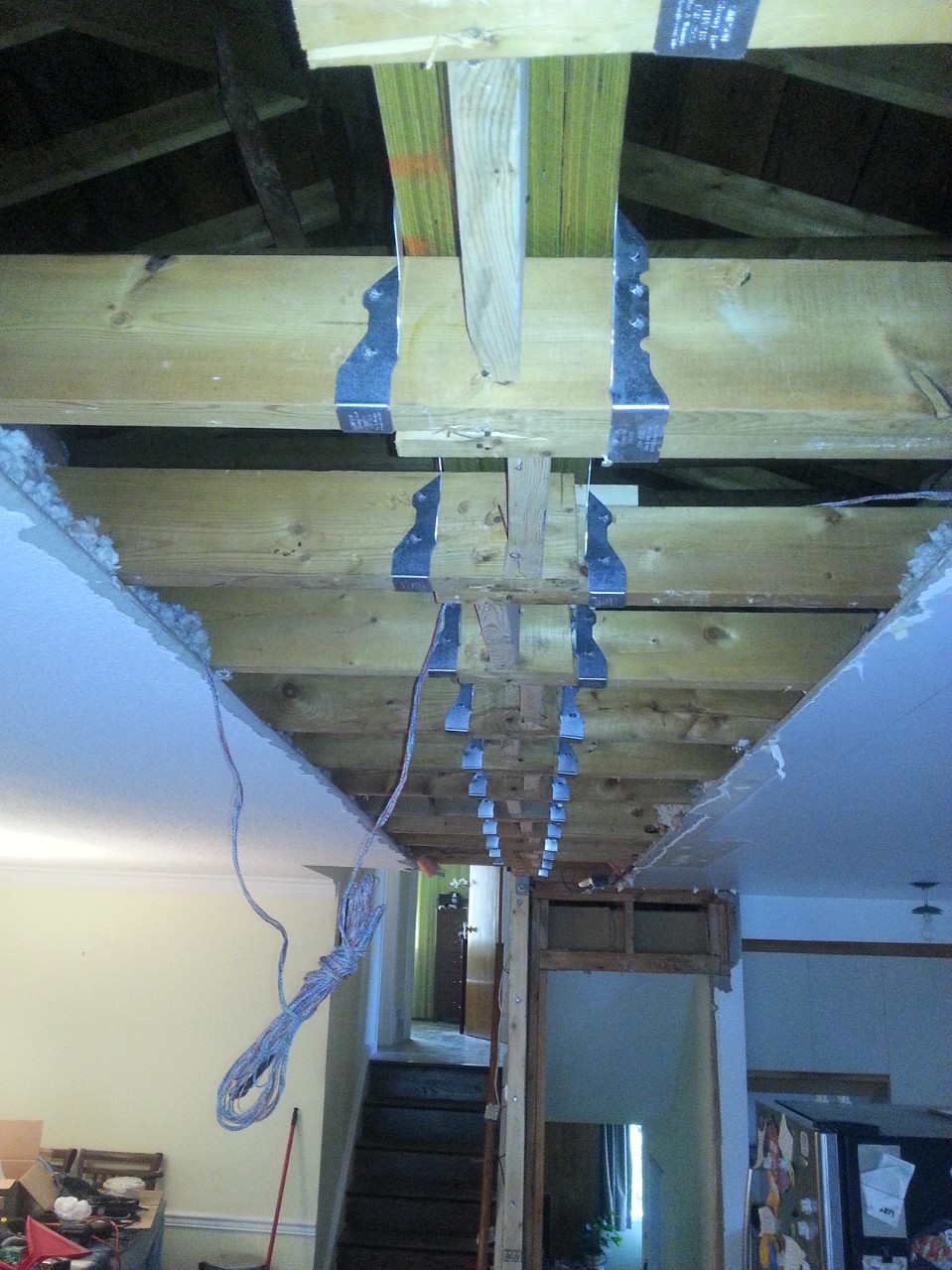 I did this before for a kitchen remodel, just as Mike mentioned, it looks like you have good access inside your attic. For the remodel I built a scaffold outside at the gable end that was closest to the work at hand, removed the vinyl siding in my case cut a hole in between the gable studs and pushed the LVL in from there. It took a second scaffold to get the end high enough to keep the LVL from hitting the roof before it went in far enough to re-handle from inside the attic the remodel I did only had 18 1/2 ft of wall to remove, and it had the supplier of the LVL specify the size of the 2 LVL that would do the job. He needed all the particulars, span length, within a few inches, ceiling joist size and spacing, was the attic used for storage, ceiling finish/materials. Before the LVLs were added the insulation was cleared back 2 ft. from either side of the wall (4ft. total). The lap of the joists in my case was very small 4" only so I added 32" plywood splice/gussets with the addition of 16" long 2X6 blocks to reinforce the splice, glued and nailed. The wall is still in place, it will not be removed until everything is in place 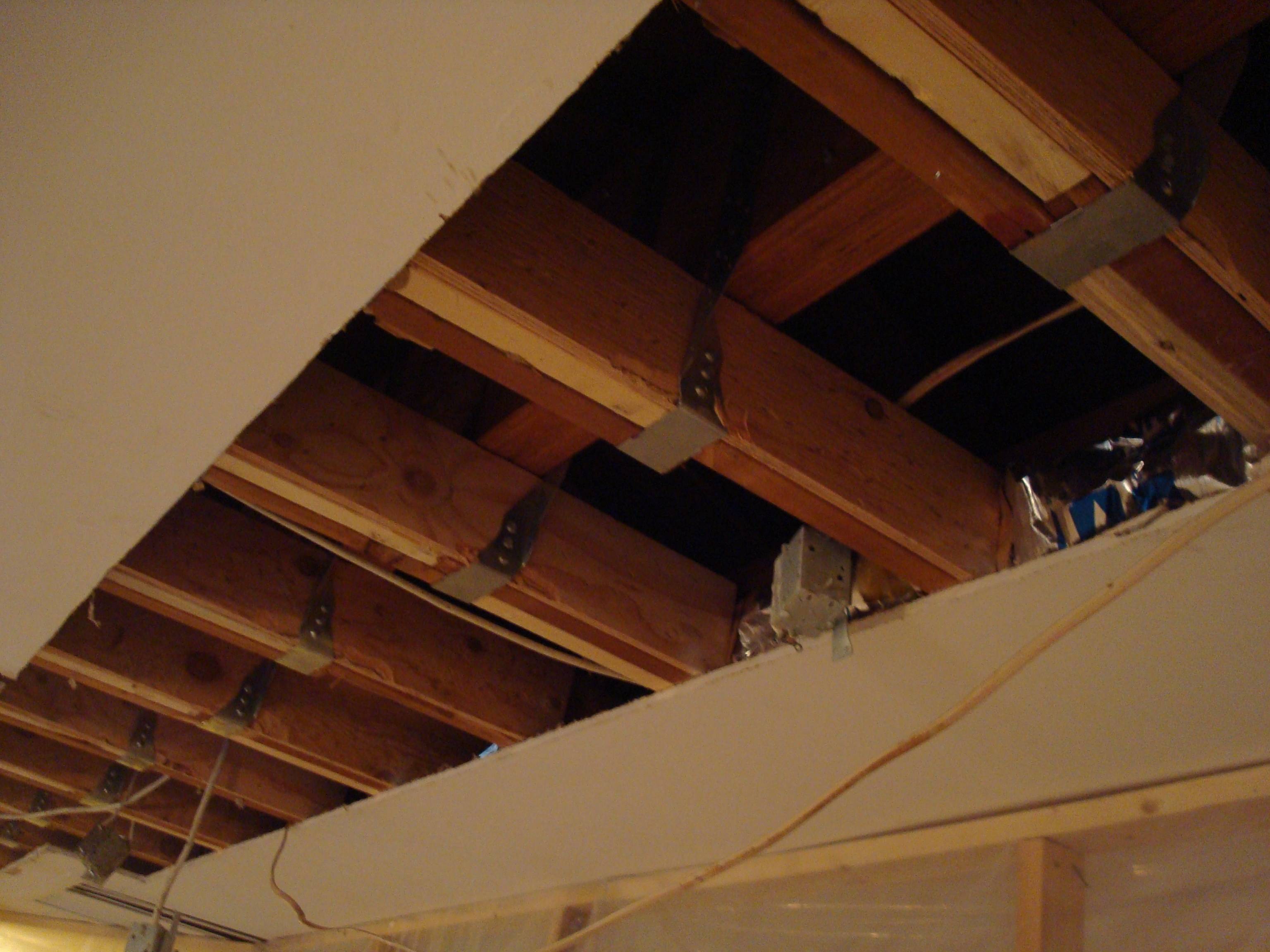 After the beam is in place then you MUST ensure that the bearing points carry through to the foundation before the wall is removed and the hanger can be sized with all material, mine was 3 5/8" wide. The joists can be individually picked up a little to make a gap big enough to slip the hanger into, you will need to remove the nails into the top plate or cut them with a reciprocating saw. Get an electrician to set junction boxes in the attic to rerun the electric that was eliminated by the wall removal, if needed.

I just read the note about preload that mike mentioned, I did that by setting 2 blocks cut tight between the ridge pole and LVL to bow the LVL down 1/4"to 1/2". each block was about 4 ft apart from the center. When I placed the LVL in the attic, I set it on short headers to disperse the load over the plate a bit more then I set a 1/2" piece of plywood over that so the LVL beam was above all joists by a half inch, hypothetically. The the posts in, it actually graduated down to almost nothing in the center to the 1/2" space the plywood created at the bearing ends. 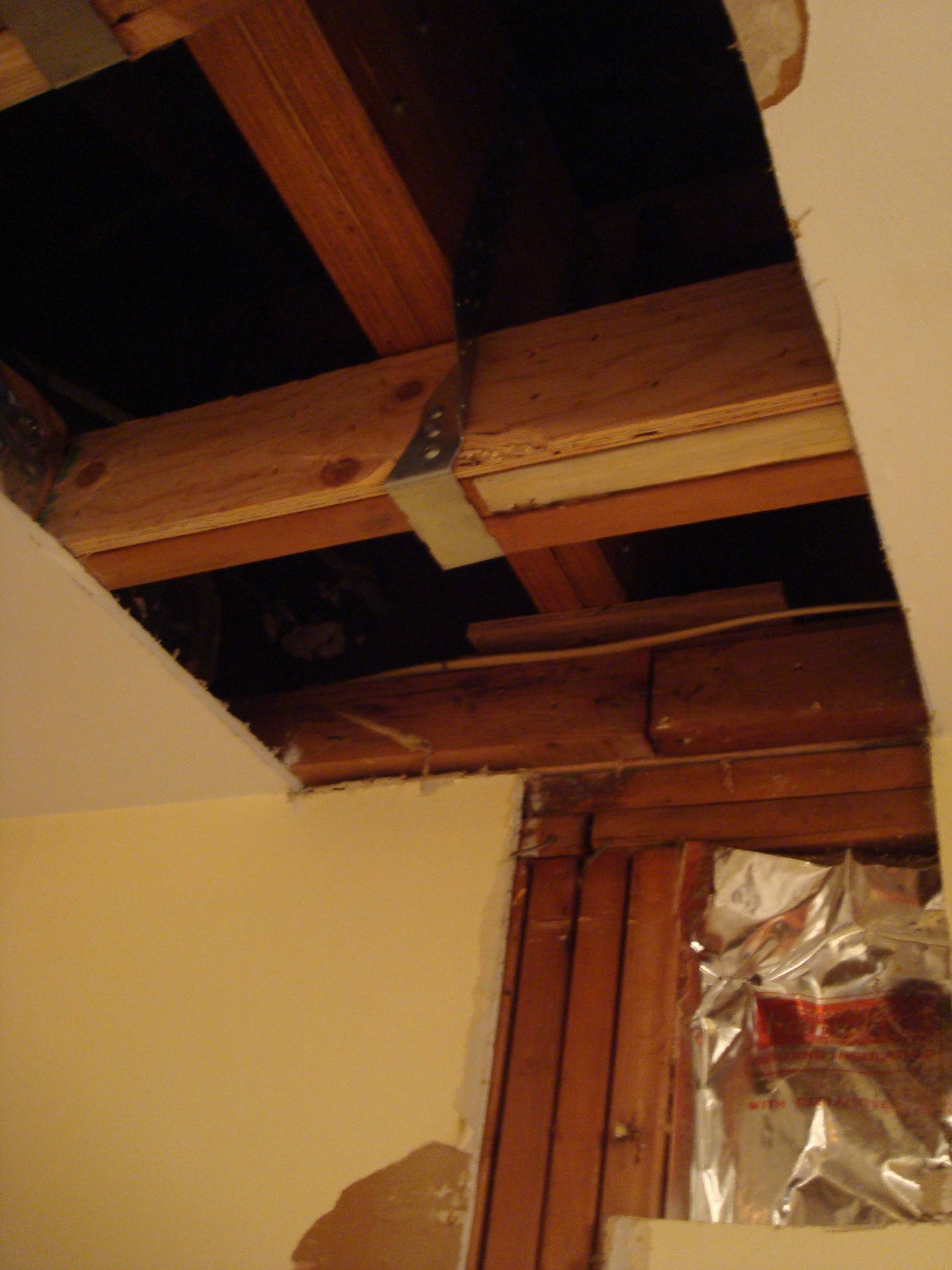 If you look closely at the photo you will see the plywood and if you look really close at the joint of the top pate and joists, you will see the light color of the new blocks (short header) that carries the LVL to the jack studs below.

Not the answer you're looking for? Browse other questions tagged removal structural support or ask your own question.

5
What should I do about this load bearing wall that is only supported by a joist floor?
1
Should a board connecting a beam in the attic to a rafter be removed?
1
Can you install a steel beam in timber posts?
2
Roof Rafter/Beam Joint pulling apart and sagging
1
One wall parallel with joists
2
Adding blocking between joist to support column?
1
What size LVL beam to replace 17 foot load bearing wall (marriage wall) on first floor of two story colonial modular home
2
Can I remove a rafter tie from my shed roof framing for better access?