How to get proper support for a closet system from a firewall?

I am installing a closet system which is supported from a single track. The wall I am attaching this track to isn't a standard wall but a firewall between my townhouse and the next.

The cinderblock has a 2" thick stud between it and the drywall.

Should I go through the studs and into the cinderblock?

Is 2" deep enough to support the closet system?

The exact closet system I am installing is: 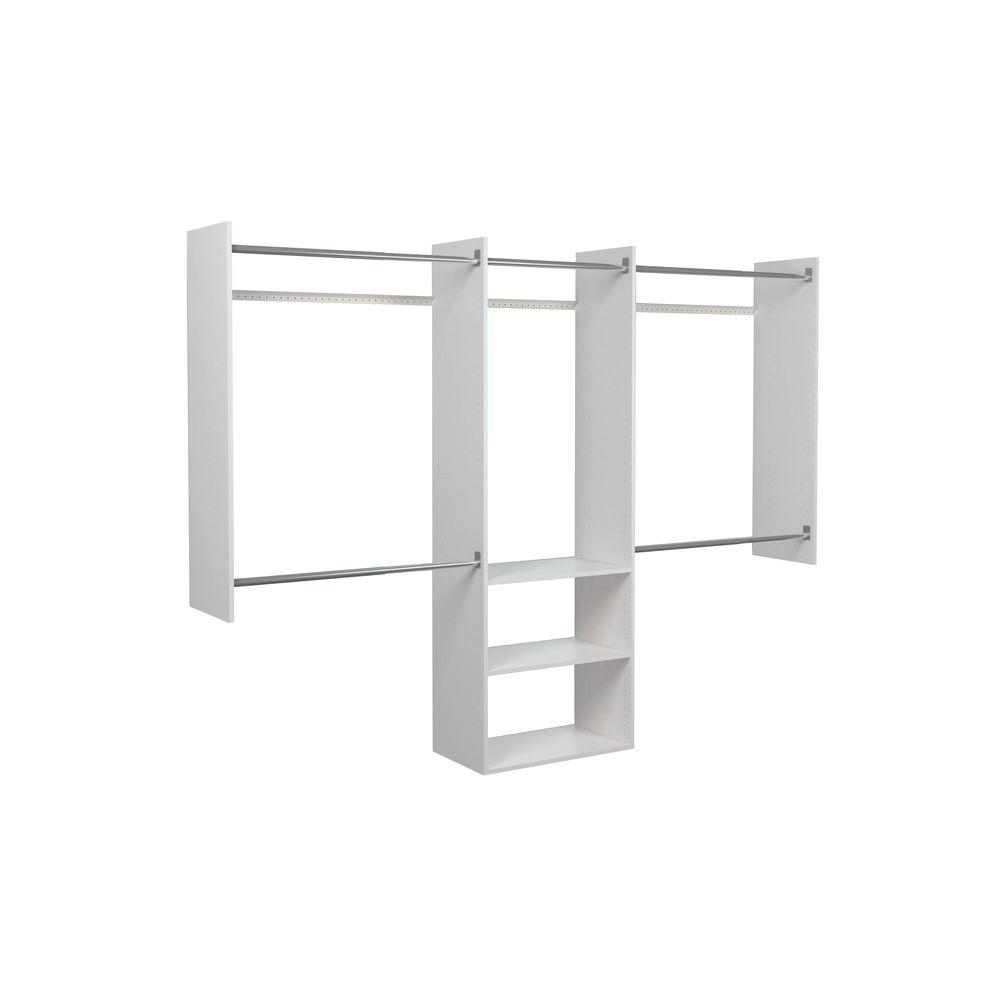 Two inches is an odd size for framing material. It might be a 2x4 set flat, which is actually 1 1/5 inches thick.

It is highly likely that this framing member is attached to the cinderblock at several points. If this is so, there is no issue with just attaching to the framing.

If the framing is not attached to the cinderblock, it would be significantly less sturdy than a conventional wall in which the 2x4s are set on edge. In standard framing you are attaching to an edge that runs 3 1/2 inches deep. That means your setup would be more prone to bowing, especially in the middle, under the weight of a heavy load.

There are many factors that go into whether or not that would pose a practical problem. How heavy a load will be on the wall units? How far from the wall do the units extend? How many studs can you attach to for each mounting device or unit? How close to the ceiling and floor (the strongest areas) are the principle attachment points?

There are two forces at work in a wall hanging - downward and outward. Assuming the fastener is in a solid medium like framing wood, the downward force, shear force, is controlled mostly by the the ability of the fastener to resist being broken across its circumference. In general, standard screws and bolts are plenty strong.

The outward force is largely controlled by two things - the strength of the fastener in the support material and the rigidity of the support material. Again, standard screws or bolts in wood are up to it (these systems are designed for that). The problem, if any is the ability of the framing to stay in place.

The main support mechanism is near the top of the unit (that horizontal hanging strip), and the framing near the ceiling is fairly secure because the vertical studs are attached (hopefully) to some sort of top plate, spreading the load.

You are probably safe going into the wood. But if it were me, I would not rely on probably, and I would anchor into the blocks in at least three places along that top hanger. If they are hollow blocks, I would try to hit a hollow and use a toggle type anchor. If solid, an expanding masonry anchor.

Not the answer you're looking for? Browse other questions tagged hanging closet or ask your own question.

2
How to narrow a closet door opening?
1
How can I attach the divider for sliding closet doors to concrete?
2
Remove closet center support beam?
1
Additional support for closet rod
0
How to space closet supports with even number of 16" spaced studs?
1
How to add closet rod support?
7
Closet system to be installed - boards in the way
0
How do I identify my closet system (or do I even need to)?
2
How can I install closet doors for a very long closet opening?