Background on what I'm trying to do:

This question appears somewhat similar in concept to Can I control a bathroom extractor fan independently from the light? however, in my case, I believe the wiring was originally separate and was later retrofitted to be controlled together, so running new wires and installing double switch

A bathroom has a triple switch plate with two switches that are redundant...if either one or both are on (pointed up), BOTH the mirror lighting and the ventilation fan run. (The third switch controls a ceiling light). We'd like to control the fan and mirror lighting independently so we can install a dimmer for the lighting as well as have the option to run the fan without the lights during the daytime.

Edit: here's a photo of the switches box: 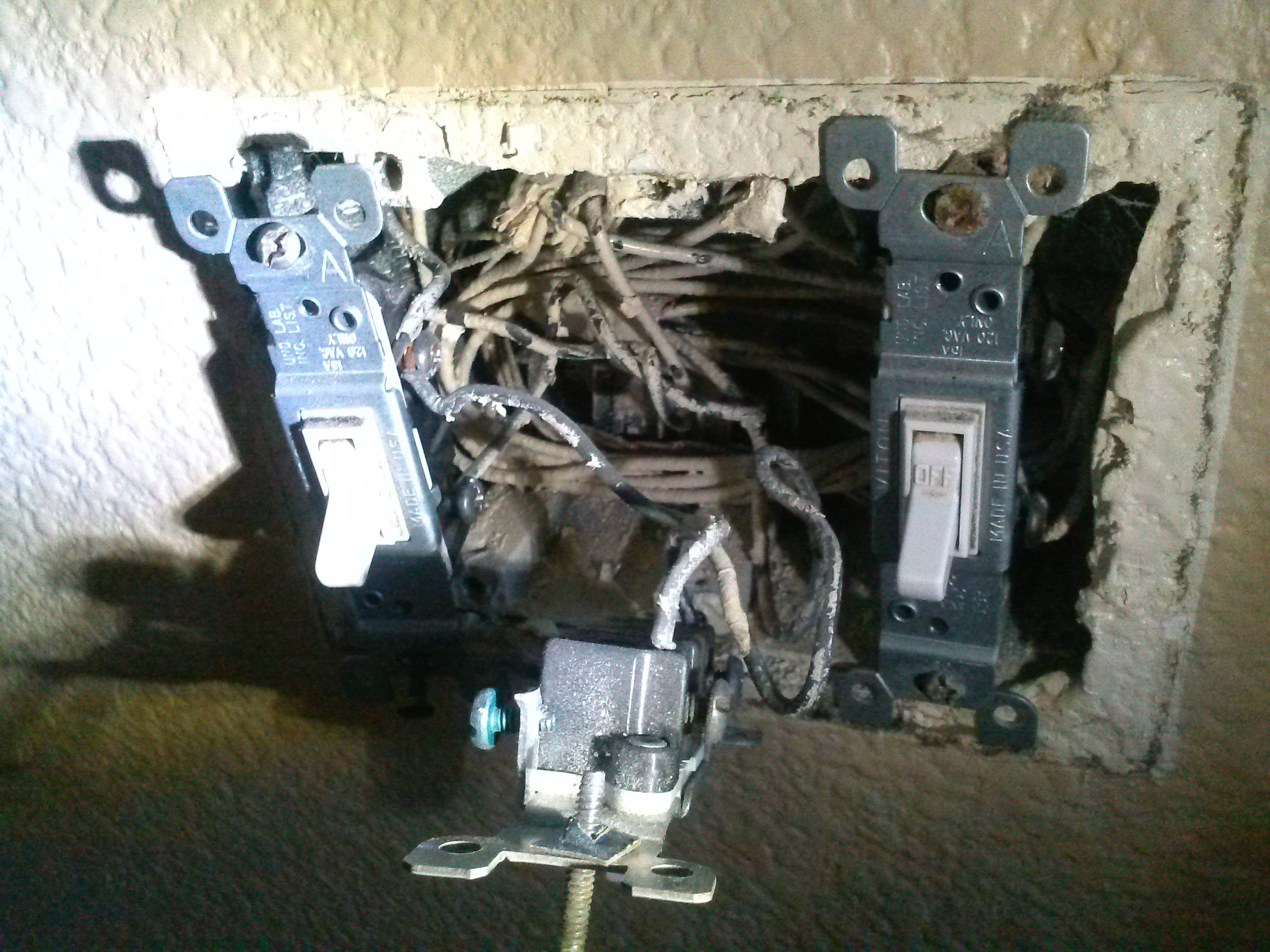 and because it's really hard to see what's going on in there, here's a totally unprofessional diagram of the wires that are easy to trace/look relevant. The little boxes in the center of the switches on my diagram are the holes on the back of the switches, and the little boxes on the side of the switches are the screws. The yellow things are wirenuts and each has a ton of wires coming in and out and its hard to follow what goes where since everything is stuck together with paint. but it looks to me that the wire indicated in orange should go to the hole on the back of the middle switch and the wire indicated in red should be removed?

edit2: after loosening the screw terminal on the left switch it appears the orange and red wires in my diagram are actually a single wire that had an inch of the insulation stripped to wrap around the screw terminal. Would electrical tape adequate for replacing the missing insulation? Or does it need heat-shrink tubing or to be cut and covered with a wire-nut?

IF you are positive the wiring was originally separate, 1 cable to the mirror light,and one cable to the ventilation fan, Then yes, you can uncouple the leads at the box where they originate. You are gonna have to identify which wires are "hot" and which wires are switched, you can do this with a simple voltmeter. The reason for this is that you Only want to separate the wires that feed your fan and your mirror light. You dont need to separate the Hots; The 2 switches are still gonna share the "hot", but only one switch will independently control each device. But if the light and fan have been hooked up together at another location, like in the junction box behind you mirror light, that is a different story. 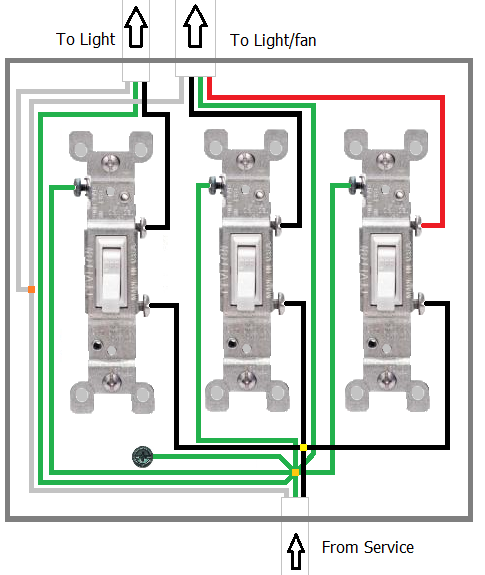 Not the answer you're looking for? Browse other questions tagged electrical switch fans or ask your own question.

5
Can I control a bathroom extractor fan independently from the light?
2
What is the proper way to wire a light switch,fan switch and receptacle in one box?

1
Wiring Bathroom Fan Switch
3
Can a GFCI combo and a switch be independently connected to a light and a fan using 14/3 wire?
1
How do I convert from 3-way switches to dimmers?
3
Seperating bathroom light and exhaust fan on single switch
1
Are these 3 switches wired correctly?
2
Adding Recessed Lighting and Switches to Pull Chain Fan
1
Wiring multifunction fixture to 2 switches, 2-wire cables
0
Messed up the wiring in a 3 speed box fan, how can I fix this?
1
Single 14/3 wire for 2 independent switches