Can an 18 inch duct be replaced by 4 smaller ducts?

We have a return air duct that is 18 inches in diameter that had to be soffited. Not a big deal except it is taking up closet space in what is otherwise a very small closet for a kids bedroom.

Can this 18" duct be "adapted" into 4 of those 8" oval ducts that fit inside a 2x4 wall and then tied into the main return air line to the furnace? How would I figure out if it would provide the same airflow/cfm requirements as the single 18" duct?

At the first level you need to compare cross sectional area of the 18" round duct with the cross sectional area of the four 8" oval ducts. There is a secondary effect of using the multiple smaller ducts because it exposes the air flow to more inside surface area which increases the pressure drop some but that can be compensated for by making the replacement duct area be larger than the original.

The cross sectional area of an 18" diameter duct is:

I do not know the shape of the 8" oval duct that you were considering but assuming that it is a standard ellipse shape like this: 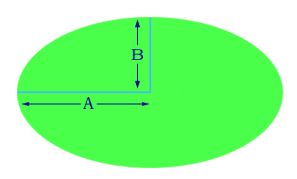 If using four of the oval ducts the total area would be:

So to compare 254.45 from the large duct to the 87.96 from the four smaller ones you can see that only about a third of the required area is provided. So the answer would be no, this is not a suitable replacement.

Of course if the 8" oval duct has a slightly different shape this could affect the calculation some but I'd still say that it wouldn't be enough.

Here is a graphical comparison: 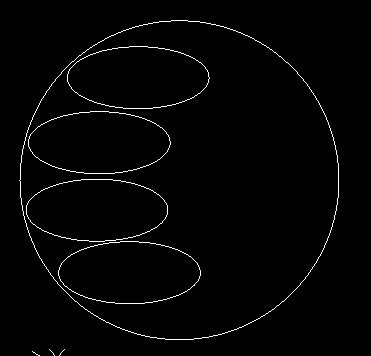 The obround ducting available from one source is 3" by 8" in size (assuming the 8" specified by the original poster).

The cross sectional area of a duct this size: 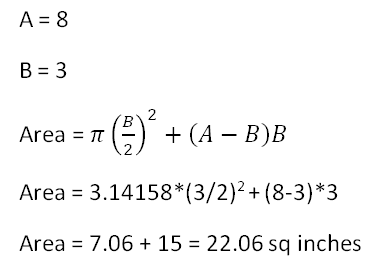 Michael Karas' answer correctly shows the huge cross-sectional area discrepancy between 4 small oval ducts and the one 18" round duct, so the ovals you had considered would not be an equivalent replacement.

However, I would think another alternative that you may find more attractive for this application would be to make yourself a custom rectangular return duct out of duct board.

I'm not an expert on this product or its applications, but it's something that I have seen used, and I think the build-to-suit aspect may be good for you.

You could choose the height/width combination that would best suit your application, as long as you maintain the ~250 sq.in. cross sectional area of the 18" round duct you are replacing. Maybe a 10" x 25" rectangle would work better for you. 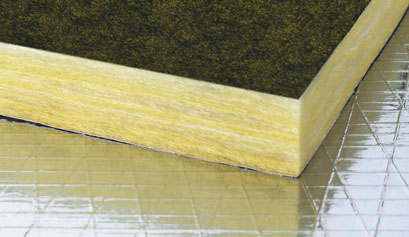 3
Can I increase air volume by adding more fans?
4
Where should I tap in to the existing duct work?
8
How can I improve second floor HVAC performance?
3
Should I insulate metal duct work in basement?
0
30' HVAC Duct Run - Booster Fan Viability?
0
How big of a duct and grill do I need for a central cold air return on a 3 ton system?
0
What are the pros and cons of having a return "duct" in each room vs. 2-3 large shared returns?