Where could water be coming from inside the joint between bathtub and wall tiles?

I wanted to re-do the silicone seal around my bathtub recently, but after removing the old silicone on the side with the shower head, I noticed that the gap between the tub and the wall tiles was a bit wet.

There was never any moment when the water was visibly coming out of the gap, but if I push toilet paper/kitchen towel against the gap it would start getting wet fairly quickly. Leaving it pushed up against the gap for a while and it would get totally soaked.

Now I can see some cracks in the grout above that edge, and thought water probably got through the cracks over time and made the plasterboard behind it wet, so I wanted to give it some time to dry out. However it's now 12 days since my last shower (in that room...), yet the gap is still capable of soaking kitchen towels!

Do you think it is just a case of the gap being tiny and it would take a long long long time for all the water behind to dry out, or could there be something else leaking?

I have tried to look at the floor below that end of of the bathtub, which looks totally dry. The shower pipes did have a leak last year, but that soon caused visible damage to the bottom of the wall on the other side (kitchen). That same wall looks perfectly fine at the moment, and if it's leaking from the shower again I would have expected there to be fair bit of damage by now.

Some photos of the area for reference below: 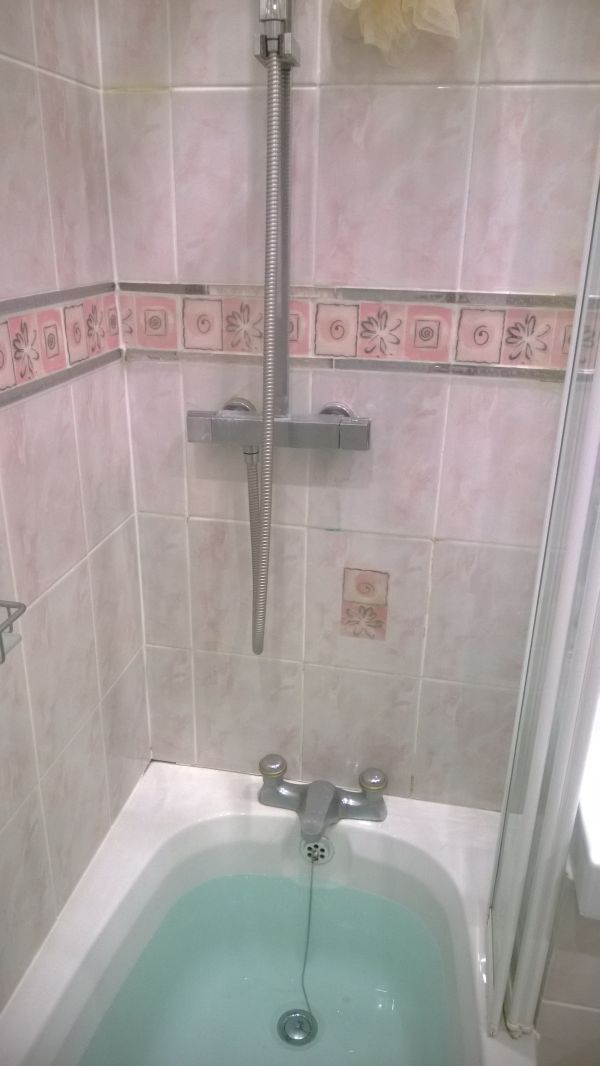 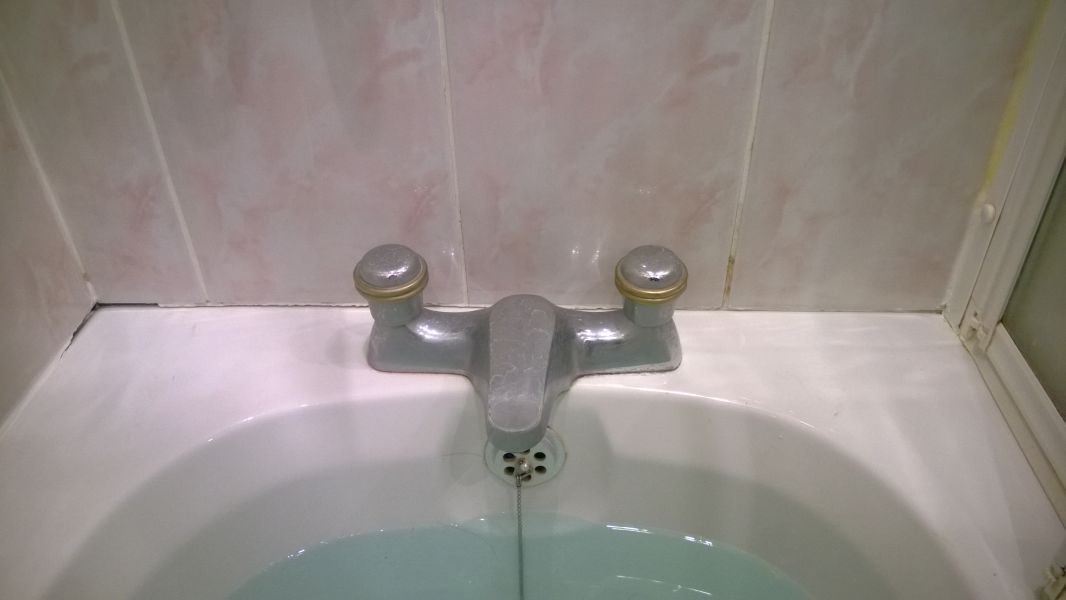 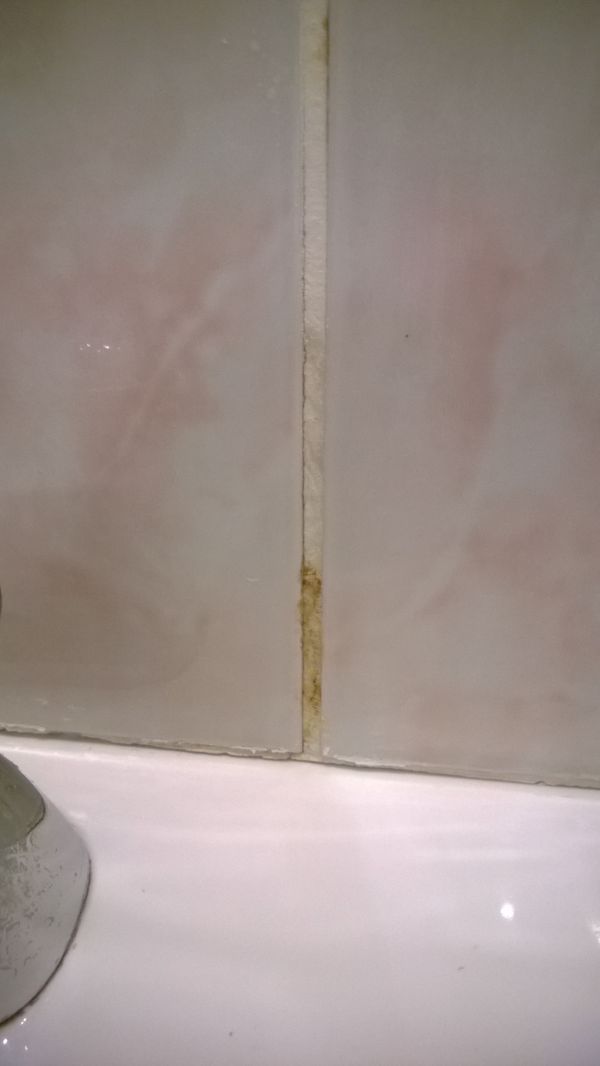 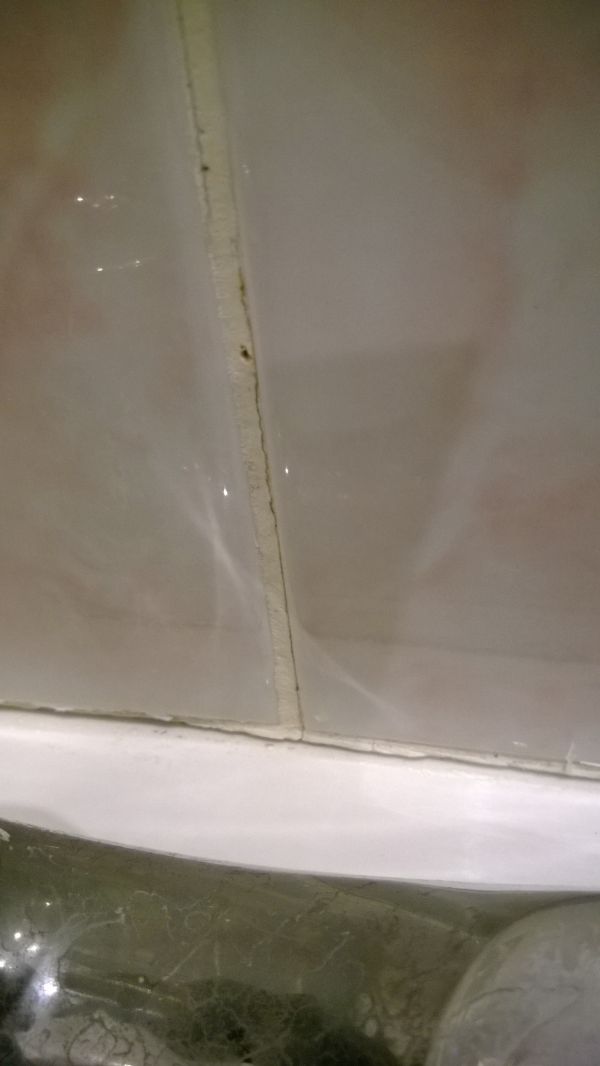 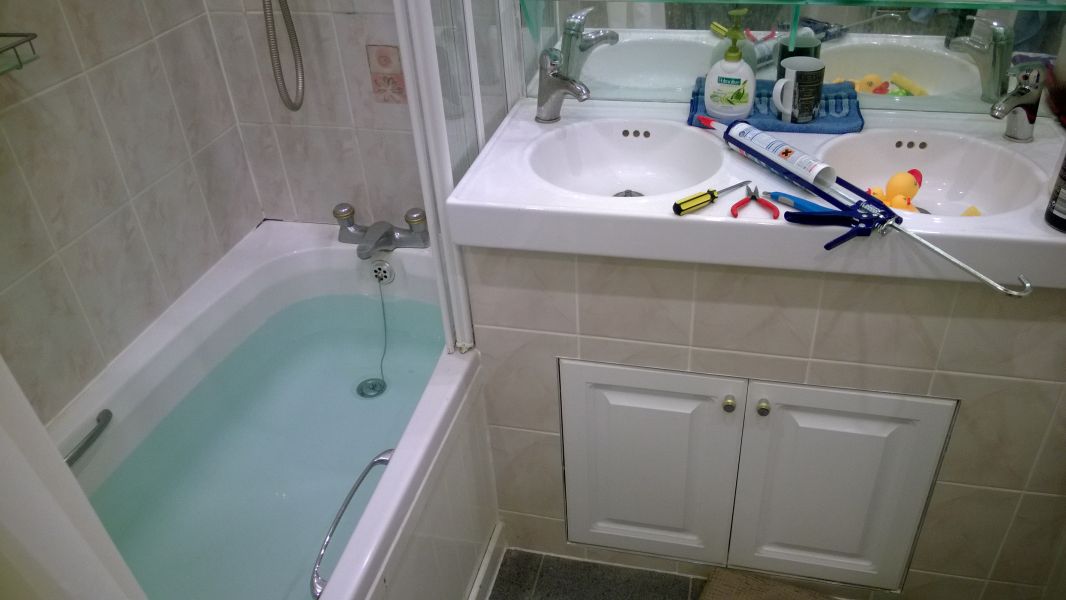 I'm afraid your shower plumbing is leaking again. Not as badly as before, but leaking none the less. From the looks of things, water getting past the tiles from showering wouldn't amount to much, and would have certainly diminished by now due to lack of use. Continued flow indicates a water source that is not dependent on showering activity.

The reason you are not seeing water on the kitchen side is because the leak is fairly small and the water found somewhere to go that has enough flow capacity such that the water does not overflow across the wall baseplate or subfloor into the kitchen side.

Bear in mind this is just my best guess. Water leaks can be difficult to trace to the source. No matter what, something is not right and needs to be corrected. Even if the source is something else, you need to get into the wall to investigate. Presumably this is easiest from the kitchen side. Would this be how the plumbing was accessed to repair the previous leak?

In my experience with plumbing leaks, I'd have to agree with bcworkz. I've learned its best to fix it as soon as possible. It just gets worse in terms of the damage. And, I would definitely try accessing it from the other side of the wall. I'd cut an opening between the studs all the way from the shower head to the baseboard as it could be leaking anywhere in between. I recently built a cover on the opposite wall for a shower in my house just in case it ever leaks. You might want to consider doing that yourself. And no, don't seal anything until you find the leak, fix it, and get the wet interior dried out. It will just cause more mold if you reseal the tub before the interior surfaces are dry.

Not the answer you're looking for? Browse other questions tagged bathroom leak or ask your own question.