How to add indicator on a light switch to indicate the outdoor 3-way light is on?

Have some carriage lights outside my garage that can be turned on from inside the house. It's common that the switch will get flipped and the lights will stay on when they're not wanted.

Is there some way I can add an indicator to the light switch so I can know if the light is on?

Note: the carriage lights are on a 3 way switch. 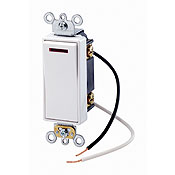 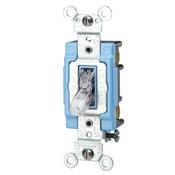 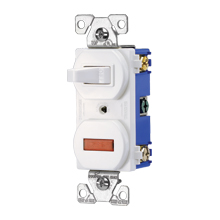 These switches generally need a neutral wire at both switches. Conventional unlighted switches do not need a neutral. They also need three wires (other than neutral) running between the switches.

If you only want the pilot light in one location, you still need two 3-way switches, but only the lit one needs a neutral.

You may need an extra wire between switches 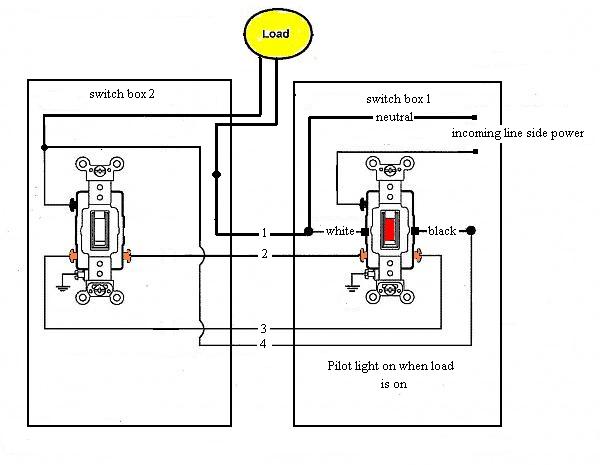 Ignore that the incoming power is from different sides in these diagrams.

Based on your situation I would offer a three way dimmer switch. I have these in my basement and they work great and they are relatively cheap. You can see if the light is on from each location. Both locations can control the dimming, although one location is the master and shows the exact dimming amount. So on the slave switch you will just see a green light if it is on or nothing if it is off. For the master you will see which level the dimming is on. If you already have a three way switch configuration you are good to go.

Another way you could go here if your lights are on at the same time every night is a 3 way timer.

What you are looking for is a switch with a pilot light. Not to be confused with a lighted switch ( they typically illuminate when off so you can find it in the dark). They are available at most big box stores or your local hardware store. It mounts in a standard box but the switch moves from side to side versus up and down. Most use a duplex outlet cover plate. The switch is in one of the holes and the indicator light is in the other. I have them installed on my attic and basement switches.

0
3 way circuit options to indicate if circuit is active

6
How do I convert a light circuit with a single pole switch to use two 3-way switches?
2
Fast *safe* way to add an outdoor light
1
Trying to Replace 3-Way Light Switch
5
Three way light switches in a tower
2
Indicator light on electrical switch
0
Why does my tester not indicate voltage when a light switch is on?
2
How do I install a neon indicator for a light?
0
Indicator Lamp (LED) on 3-Way Switch
2
Three-way switch wiring behaving oddly
1
What's the best way to separate house light from garage lights?