When wiring a switch loop, which wire is which?

If you're wiring up a lighting circuit, where the power enters at the lighting outlet. According to the National Electrical Code, which wire should be "hot" and which should be "switched hot"? 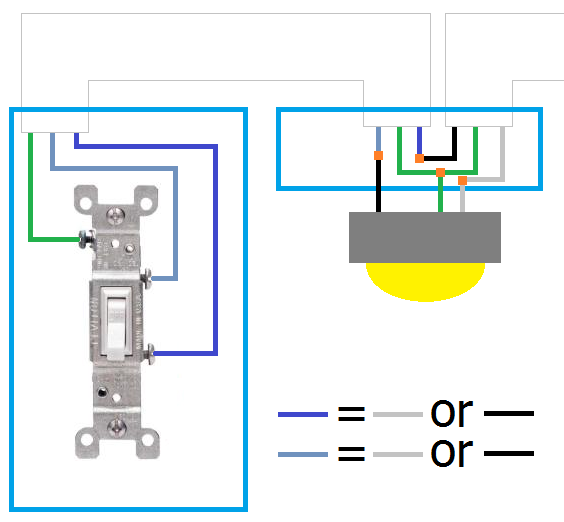 Bonus points if you can reference relevant code section(s).

It doesn't matter, it's in the past

In the old days (pre 2011 code adoption), National Electrical Code said that if a wire with white or gray insulation or a marking of three white or gray continuous stripes is used as part of a switch loop to single-pole, 3-way, or 4-way switches. The conductor should be permanently reidentified, and should be used for the supply to the switch but not the return (200.7(C)(2)).

Article 200 Use and Identification of Grounded Conductors

200.7 Use of Insulation of a White or Gray Color or with Three Continuous White Stripes.

(2) Where a cable assembly contains an insulated conductor for single-pole, 3-way or 4-way switch loops and the conductor with white or gray insulation or a marking of three continuous white stripes is used for the supply to the switch but not as a return conductor from the switch to the switched outlet. In these applications, the conductor with white or gray insulation or with three continuous white stripes shall be permanently reidentified to indicate its use by painting or other effective means at its terminations and at each location where the conductor is visible and accessible.

So before 2011 NEC adoption, the wiring should look like this. 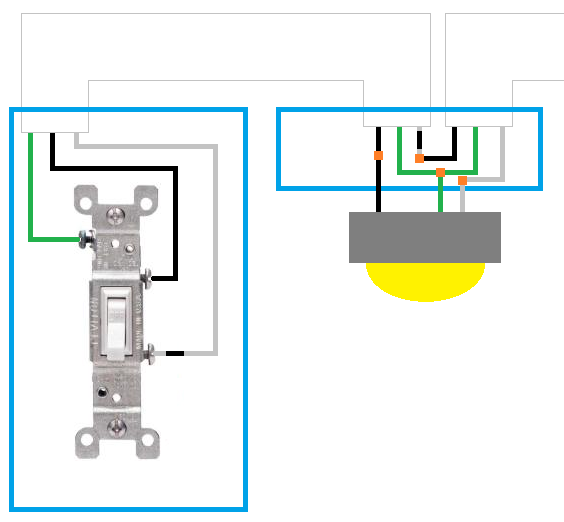 A grounded (neutral) conductor is now required at each switch location (see code for exceptions), which means the circuit would now have to look like this... 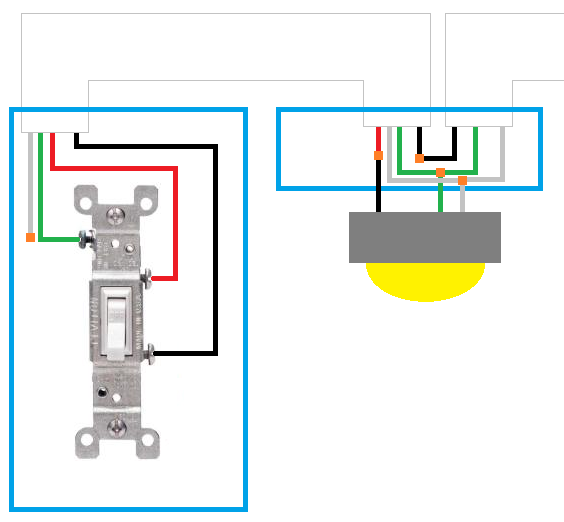 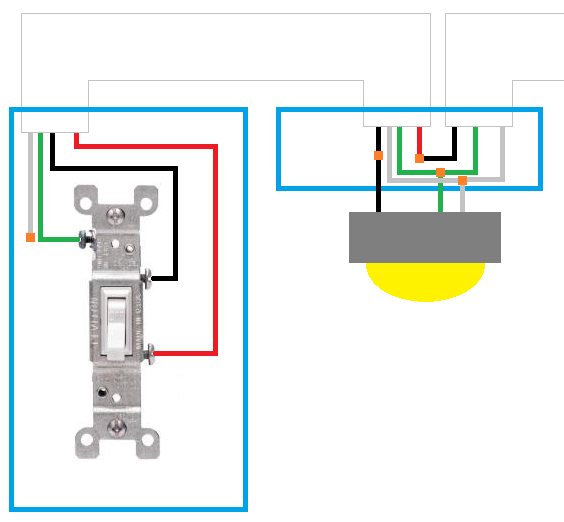 2
What is the proper way to wire a light switch,fan switch and receptacle in one box?
0
Bathroom exhaust fan wiring issue, power to light then switch?
2
Do electricians often/frequently interchange the color on the grounded leg when wiring switches?
2
Safety when modifying old electrical work
1
How to properly add another outlet off this box?

7
Is it OK to have a 20 Amp receptacle on a circuit with 12 AWG wiring and a 15 Amp breaker?
4
How do I wire two lights with a switch?
12
Can different gauge wiring be used in the same circuit?
17
What types of electrical outlets are found in a typical home in the USA?
4
Is a grounded (neutral) conductor required at a switch location that controls a switched receptacle used for lighting?
2
Capped wires in old switch box--mains power or switch loop?
1
Wiring Options for 14/3 NM-B Cable and Two Single Pole 15 Amp Circuit Breakers
0
Wiring of simple wall switch