How should I center a light fixture when there's a vent stack in the way?

I've got a wastewater vent stack that is dead-center behind the master bath vanity. (See attached picture.) Previously, there was a single light fixture. You can still see the box, which wasn't mounted to anything and which was off center. (It was a new work box, and I have NO idea what held it in place while they hung drywall. The sheathing on this house is DennyBoard, and it certainly wasn't affixed to that.)

How should I mount a new box in order to be code-compliant? I am in Texas, and my city has recently adopted the 2011 electrical code. I am a homeowner doing my own work under the homestead exemption -- my city would normally require this work to be done by a licensed electrician. Everything I have done so far has passed without modification.

I can either move the soil stack to the side and install a piece of wood, or I might be able to mount something like a ceiling fan box that would allow me to adjust the position of the fixture horizontally, but I'm not sure how to make that work.

Since the circuit already has the maximum number of fixtures on it, I cannot install two light fixtures with one on either side of the soil stack without running a new circuit back to the panel. I can do that, but I'd rather avoid it.

Installing an old work box is not legal according to the inspector since I have the walls open (drywall had to come down to fix other issues.) I didn't ask if I could in theory mount the box to the PVC pipe somehow, but I intensely dislike that idea anyway. He told me, without mincing words, that it was my job to figure out how to do it and his to tell me if I'd done it right or wrong, and if I wasn't sure I should call a real electrician. 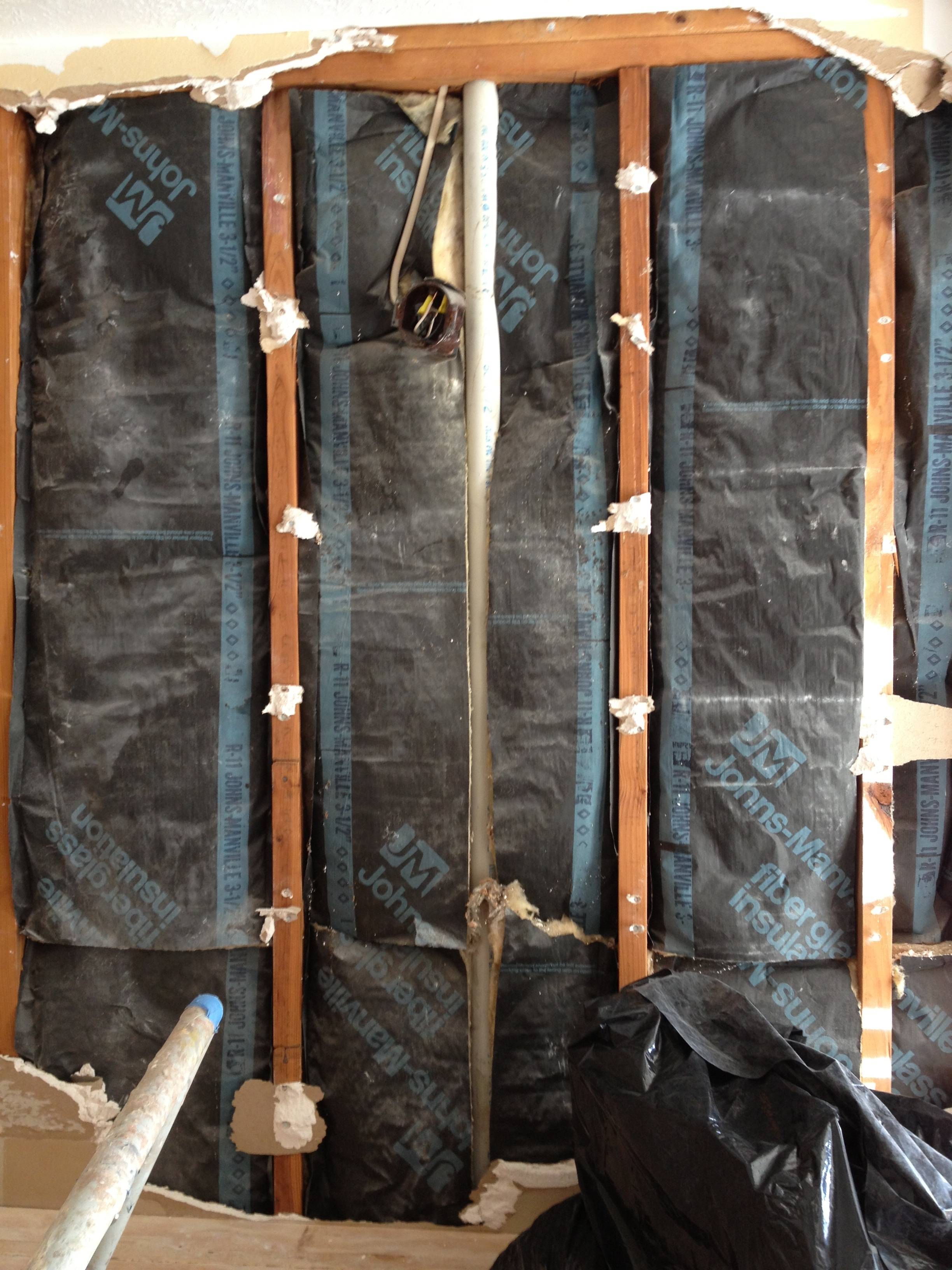 Throw four 45s at it and get vent out of the way. Mount new work box in center. Use Acme cable stretchers ;-).

How to mount new box, you ask? How about toenailed jack stud floor to ceiling.

Install a new-work box against the stud. Inspect. Install drywall. Once you're all done and passed all your inspections, install an old-work box in the correct location and fix the drywall.

Not the answer you're looking for? Browse other questions tagged electrical bathroom drain-waste-vent or ask your own question.

8
Can a plumbing vent go up and then back down to the connection with the vent stack?
6
How can I replace a light fixture?
2
How can I change this light fixture in my closet?
6
Do you strip the outer sheath on romex when it enters a load center / breaker box?
0
Why is the circuit shorting after connecting a new light fixture?
0
Mounting box slightly offset in ceiling: is there an offset mounting bracket that I can use to mount ceiling fan?
1
Repair Ceiling Hole for Round old work ceiling box
0
Moving and covering light fixtures in bathroom
3
My circular old work electrical box is too small for the light fixture mounting bracket