How can I brace a freestanding downspout?

My front downspout is not long enough and currently all the water just comes back and rests between my sloped sidewalk and the graded edge of my house. 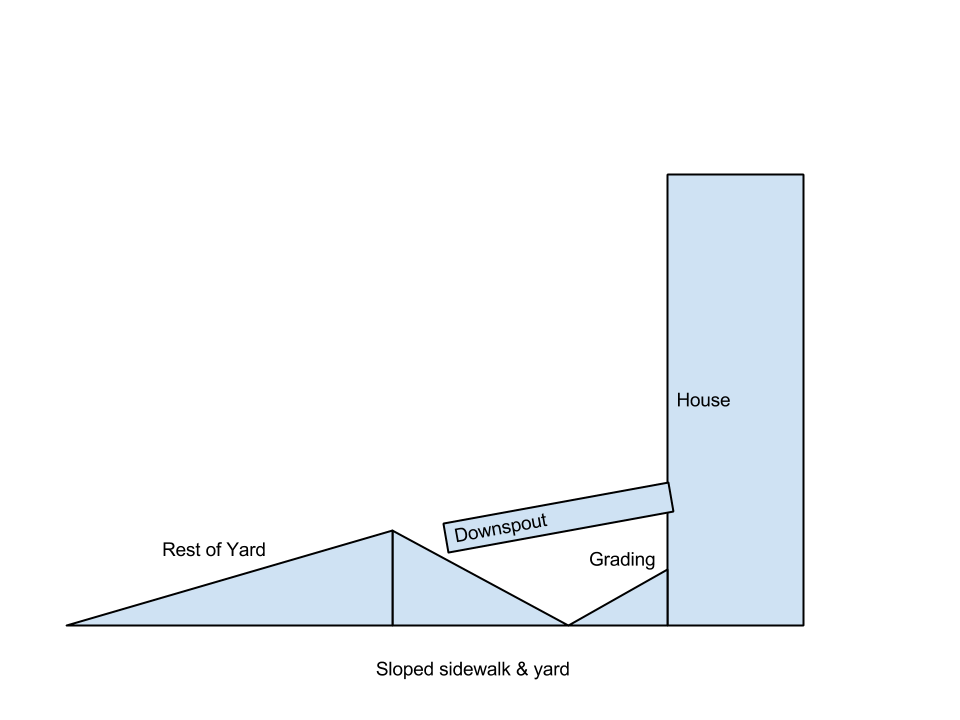 I'm thinking I can move the downspout so that it goes over my sloped sidewalk and I can walk under it like so. 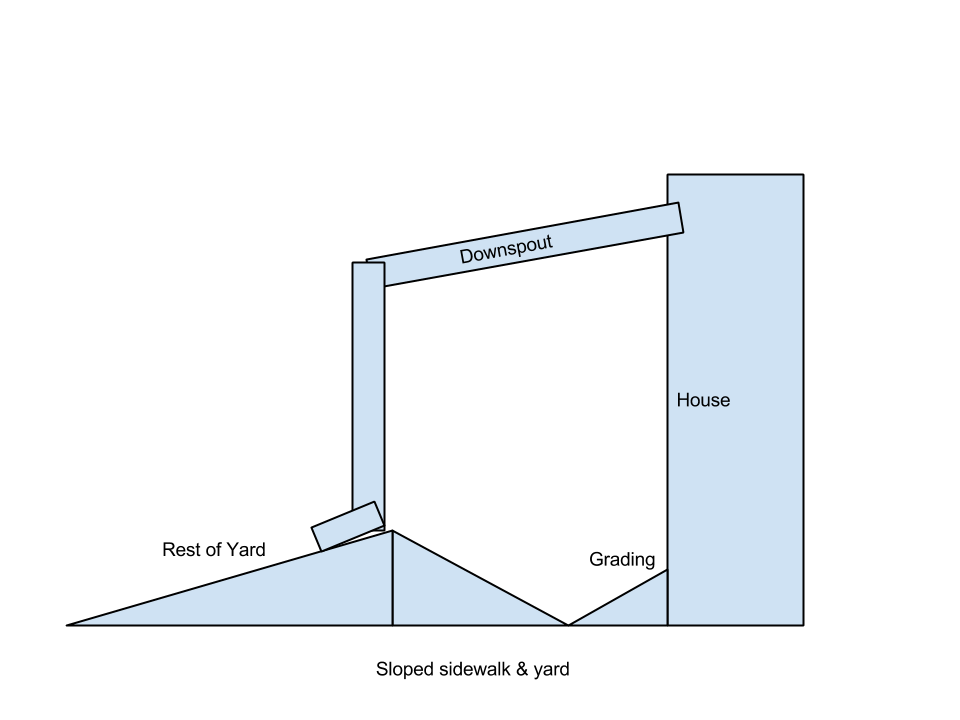 I'm thinking I'll get some sort of L shaped bracer for the part coming off the house but I'm not sure how I would add supports for the part that comes down on the yard. How would I brace a freestanding downspout?

I'm currently planning on having the house dug up in the spring and having it wrapped to reduce water seepage so I'm not looking at fixing the sidewalk or implementing the underground stuff at the moment as I'll just have to do it again later.

My other option is just making my downspout really long but I would like to use the sidewalk. Perhaps there is another option I may be missing. 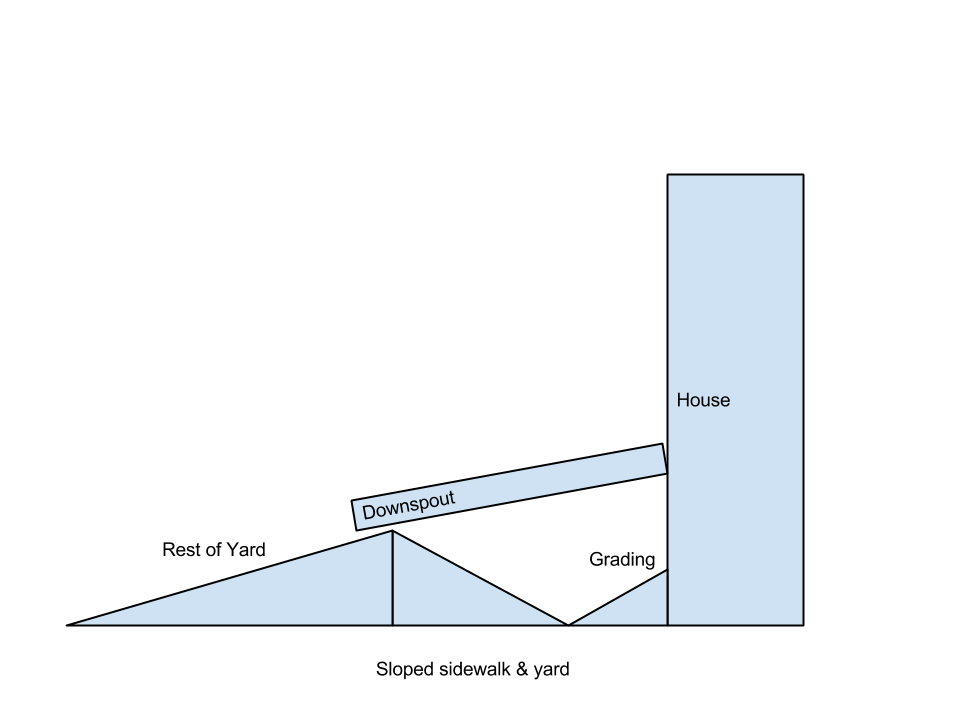 This isn't a downspout problem, this is a grading problem. The ground has either eroded over time or was never properly graded in the first place. Probably a combination. Either way, the end result is that water collects in the low places and only dissipates by absorbing into the ground (not good; that can cause foundation problems like liquefaction of the soil underneath a slab or P&B foundation, or weeping and frost heaves against a basement wall) or evaporating.

You're not going to fix this by extending the downspout; you may reduce the amount of water collecting, but rain will still fall naturally into this valley next to your house, or fall against the side of your house and then run down into it. You're going to have to solve the problem by creating a continuously-downhill path for this water, directing it away from your house.

This sidewalk; is it sloped in a V with the lowest point at its center? If so, it was probably built as much to direct runoff as to be a walking path, and you should investigate where the sidewalk should be sending the water (probably around to the front of the house and down the driveway) and make adjustments accordingly. If not, why does it slope? It is really old and sloping due to erosion underneath it, or did the contractor who put it in just not have his level with him that day?

Can we get some real pictures of the side of your house and this valley, with indications of where the water currently pools?

The original post is several years old. I noticed the "answer" provide didn't answer the actual question. You could drive LONG metal rod, or stake into the ground, where the overhead portion of the gutter comes down to the ground. The rod would extend maybe 2feet above the ground. Then, the final downspout could be attached to the rod, with a strap piece.

2
How can I stop this downspout leak?
7
How can I close and seal an abandoned downspout opening?
1
Can I cap off this gutter downspout?
1
How do I unclog underground downspout pipes?
1
Can I cap off a 2" x 3" downspout?
2
Protecting a PVC downspout under a driveway?
3
Can I fix my leaking downspout without taking it apart?
0
How can raise a downspout drain from ground level (Picture)
0
How far should I insert downspout into sewer connection pipe?