What are these horizontal & diagonal 'studs' in the wall called?

My single-story house was built in the 1940s in the San Francisco Bay Area (Earthquake-country).

Here is a picture of the wall with the wallboard removed. This is from my neighbour’s house (Same vintage). 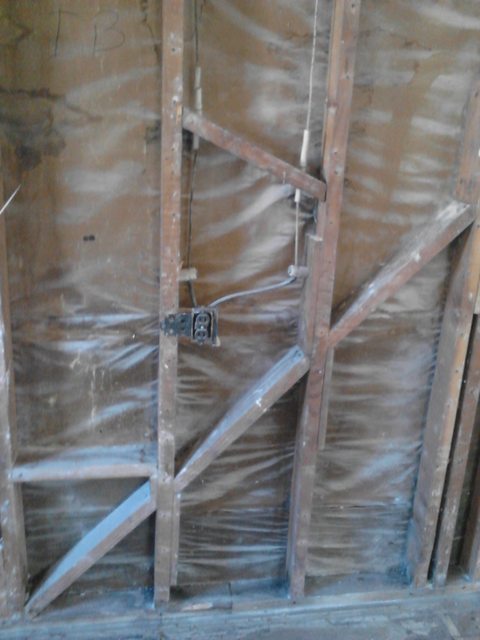 I am curious about the horizontal & diagonal boards in the wall. These are found in the interior and exterior walls. These are not called "Studs", because studs are vertical. What are they called? Bracing? Truss?

This is bracing that is needed for a shear wall. This provides lateral support, which is needed in areas prone to hurricanes and earthquakes. Typically, the plywood sheathing and drywall is all that is needed to provide shear support low risk homes. This kind of bracing is often turned on its side and let into the stud framing (notching the studs) rather than being placed between the studs and further braced above and below. There are also newer versions that are T shaped pieces of metal (maybe 10' long but only 1" wide or so), where the base of the T is inserted into a small notch that is cut into the studs and the top of the T is nailed flat to the face of the stud.

Note that the other bit of blocking at the top of your photo appears to be for the knob and tube wiring, which I hope you're in the process of removing/replacing.

See also: What is a shear wall and what is it for?.

Not the answer you're looking for? Browse other questions tagged framing studs or ask your own question.

11
What is a shear wall and what is it for?
4
How can I bore a hole through a framing member, without causing a lot of damage to the wall covering?
2
What's the point of a thin (1/4" width) piece of wood set diagonally between two studs?
0
How can I stop my windows from rattling when I shut a door?

2
What is the proper way to install a exterior door in brick/drywall wall?
1
How heavy is too heavy? mounting heavy window planter boxes
3
What are the IRC requirments for bracing/blocking in a load-bearing 2x6 stud wall that is 12' high?
0
Do I need to add supports before replacing a cripple wall stud?
3
What is the purpose of a deeply cut stud in interior walls?
3
Studs spacing too close together to put in sub panel in workshop basement
0
How are insulation R-values calculated for wall cavities of inconsistent thickness?
1
16" on center framing spacing corner - optimize for butt- vs by- wall, interior vs exterior panels?