I have a 3-pronged receptacle but no ground wire connected to it. Is this ok?

I removed the plates from outlets to paint walls and noticed that some of my electric boxes have ground wires connected to outlets while others do not have a green wire at all. Is this ok?

I know that neutral wire is connected to ground in the main box. I also understand the need to ground metal-encased appliances. What I don't understand is why there have to be two separate wires (white and green) that connect to a common terminal at the main box?

To answer your first question, no it's not permitted to have a 3 prong receptacle without the ground wire being attached. See some of the other questions explain how you should fix this situation. I believe the short answer is that it should be a 2 prong receptacle (which will be difficult to find and only to be used in grandfathered situations) or you could use a GFCI with a "no equipment ground" label.

If you use your neutral as a ground, then a neutral fault (a break in the neutral connection somewhere in the circuit) will result in the exterior of every device on the far side of that fault being an electrocution risk. You are also at risk of a shock if you ever form a better path to ground than the neutral wire.

The grounding conductor in an electrical system provides a safe path for fault currents to travel along. It's there to prevent electrocution.

Let's say we have a toaster. 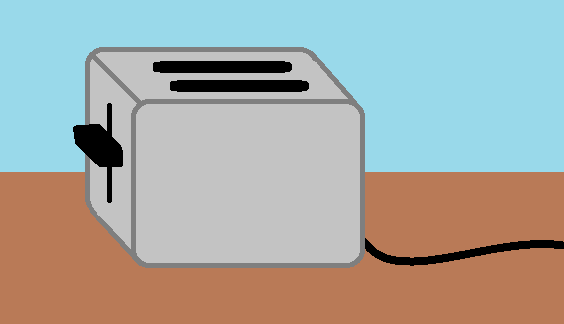 Inside the toaster are two conductors, a black ungrounded (hot) conductor, and a white grounded (neutral) conductor. 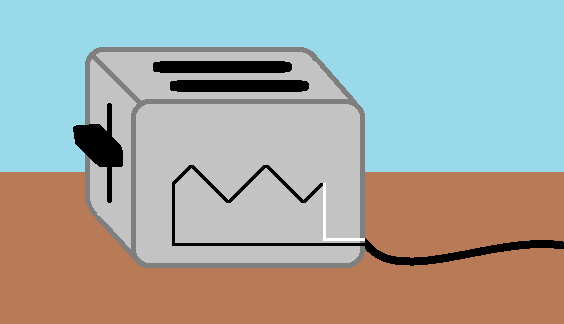 Now let's say there is a short between the ungrounded (hot) conductor, and the metal frame of the toaster. 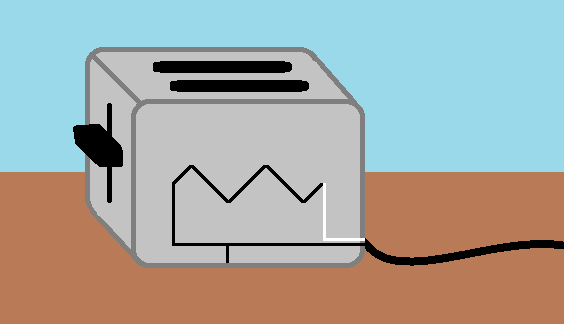 Since the frame is metal; and conducts electricity, it is now electrified. 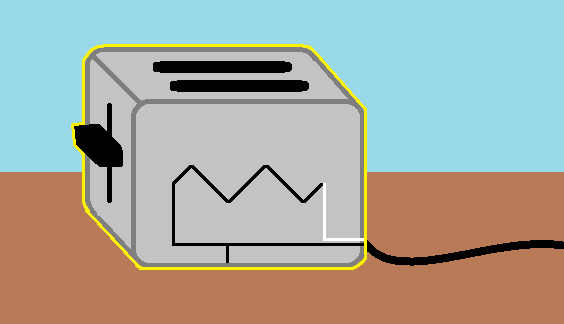 If you then touch the toaster; and you're sufficiently grounded, current will flow through you to the ground. This could lead to a nasty shock, or potentially death. 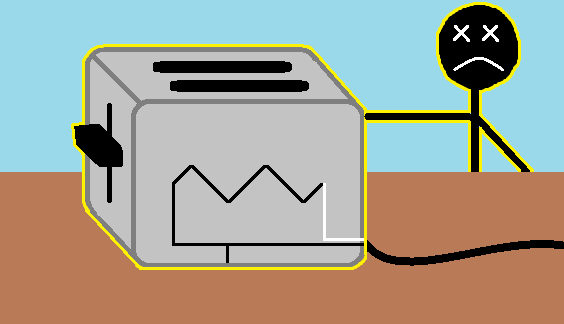 Now let's see what happens when we have a toaster with a grounding conductor, that is properly bonded to the non current carrying metal parts of the toaster. 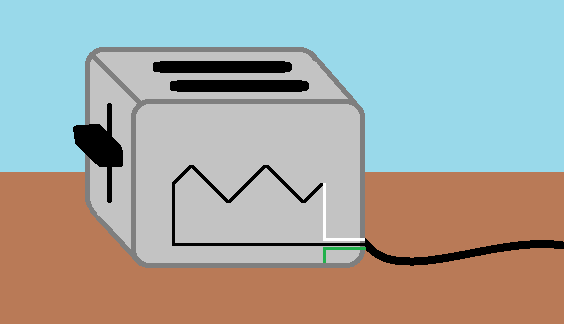 There's a short in the toaster again. 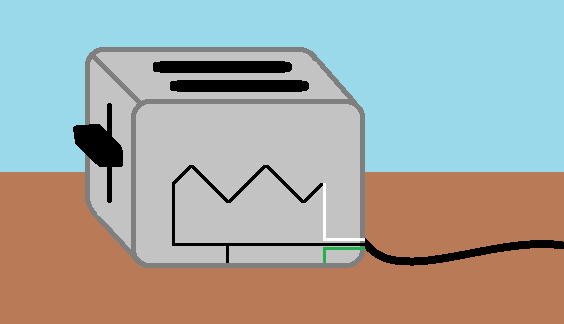 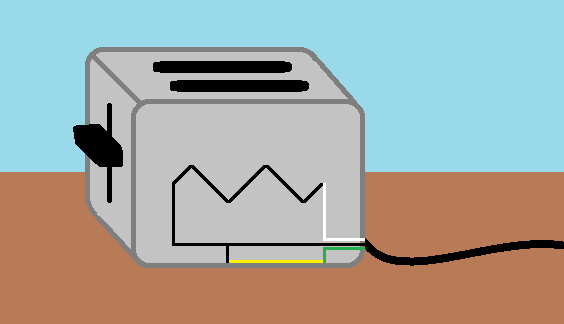 This creates a very low resistance path back to the source, so the current in the circuit increases rapidly (I=E/R). The increased current causes the circuit's overcurrent protection to kick in, and the breaker trips.

But the neutral is grounded?

The grounding conductor provides shock hazard protection, and should always be properly connected. If there is no grounding conductor available, a ground-fault circuit interrupting (GFCI) device may be able to be used to provide this protection (see NEC 406.4(D)(2)(b)). This conductor should only carry current during a fault situation.

The grounded (neutral) conductor is a current carrying conductor, used to carry current back to the source. This conductor carries current during normal operation.

The accepted answer states "it's not permitted to have a 3 prong receptacle without the ground wire being attached." This is incorrect.

Thus, having a three-prong recepticle with no ground is allowed, as long as it's GFCI-protected (either by being a GFCI, or being on the load-side of a GFCI) and has a "No Equipment Ground" sticker.

Also note (probably won't apply to you because of how new your home is): there are these things known as 'self-grounding outlets'. Self-grounding outlets are three-prong outlets that automatically ground to the outlet metal box they are attached to via the mounting screws on the outlet assembly, or via a green pigtail wire from the outlet assembly that is screwed to the metal outlet box. These obtain their ground via a conduit (a metal outer shielding that the wires were run inside) that runs to the main electrical box, which is then grounded to earth-ground somewhere.

This does not work if you have romex wiring with three wires (black,white,green).

Not the answer you're looking for? Browse other questions tagged electrical receptacle grounding or ask your own question.

6
Can I safely ground a light fixture if the ceiling box has two hot and one neutral wire (no ground wire)
8
How can I ground old 2-prong receptacles? (120V)
6
What problems could occur if I plugged a 3-prong plug into a receptacle labeled "No Equipment Ground"?
2
Will the second light in this circuit light up?
3
Ground new wiring going into old two-wire outlet?
1
Did I wire my light fixture correctly?
1
Why are some light switches giving shocks?
0
No ground wire in any recepts in my home 2 wire only

0
How do I wire this GFCI receptacle/switch combination device?
1
Unusual wiring in receptacle connected to switch
23
Why don't I have ground wiring on any of my outlets?
2
My outlets have ground wires twisted together and bonded to the metal box, but not the outlet. Is this ok?
2
Can I use the ground wire as a neutral for an outlet?
1
Why is Thermostat Y wire connected to C terminal on furnace?
1
Grounding in main panel without visible ground wire or ground bar
1
Paid an Electrician to install Sub-panel.. & Ground wire question
0
How to connect a 4-wire range from this panel?
0
Outlet reads open ground even with the ground connected