How do I reroute my existing bathroom piping for a pedestal sink?

(Similar to this question here)

I am renovating a bathroom, and I'd like to put a pedestal sink in, instead of a full sized vanity. The primary issue is I would have to move the drain pipe, it is a cast iron drain pipe that is currently on the wrong side of an interior wall stud.

I have full access to the wall in the bathroom, so I can get at pretty much any part of the piping, but I'm not sure how to handle the stud and changing the iron piping.

Here's a picture of the way it looks now (what pictures would help?) 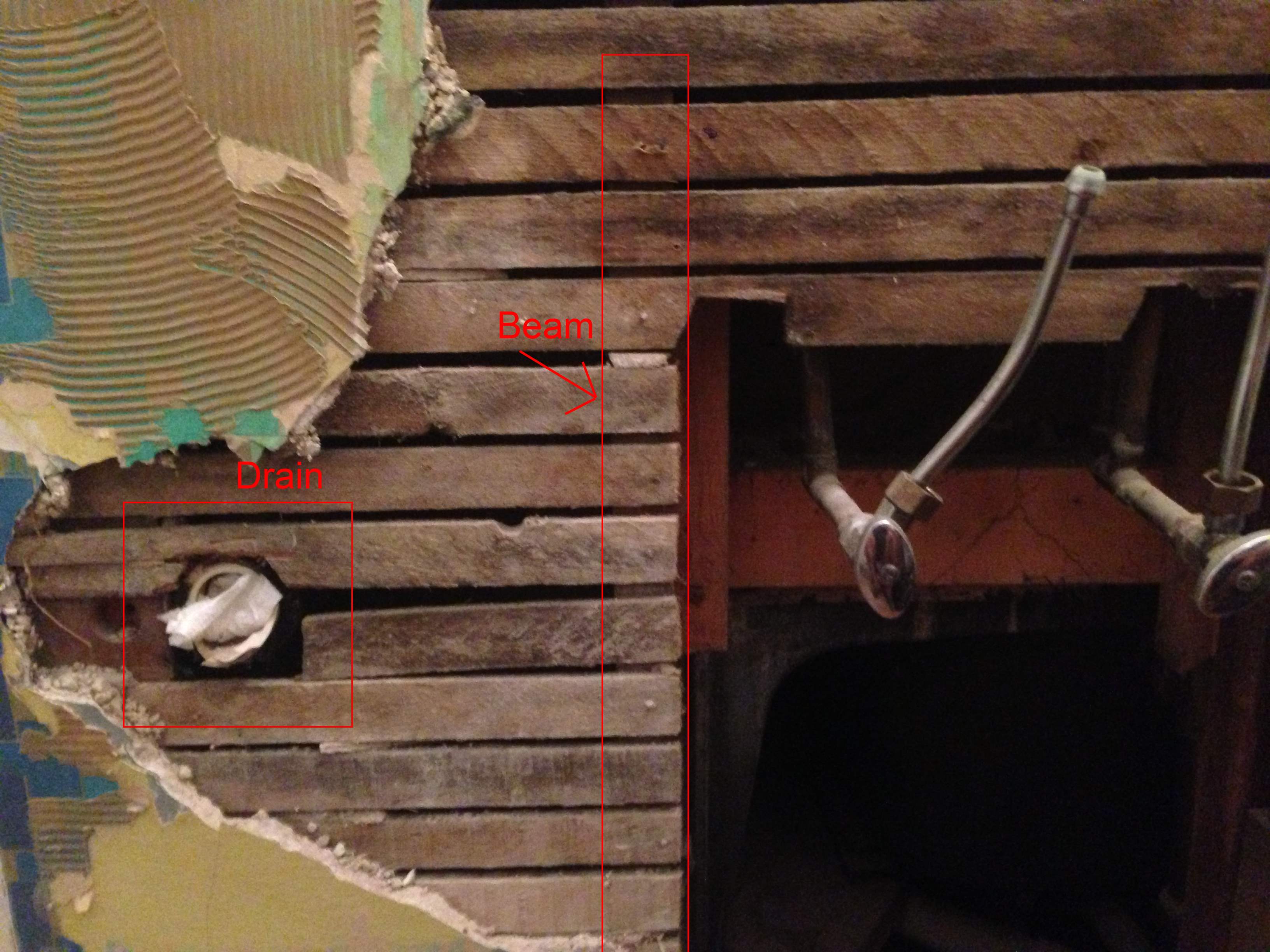 The bit of PVC you see sticking out immediately connects to the aforementioned cast iron pipe, it broke while I was trying to remove it. 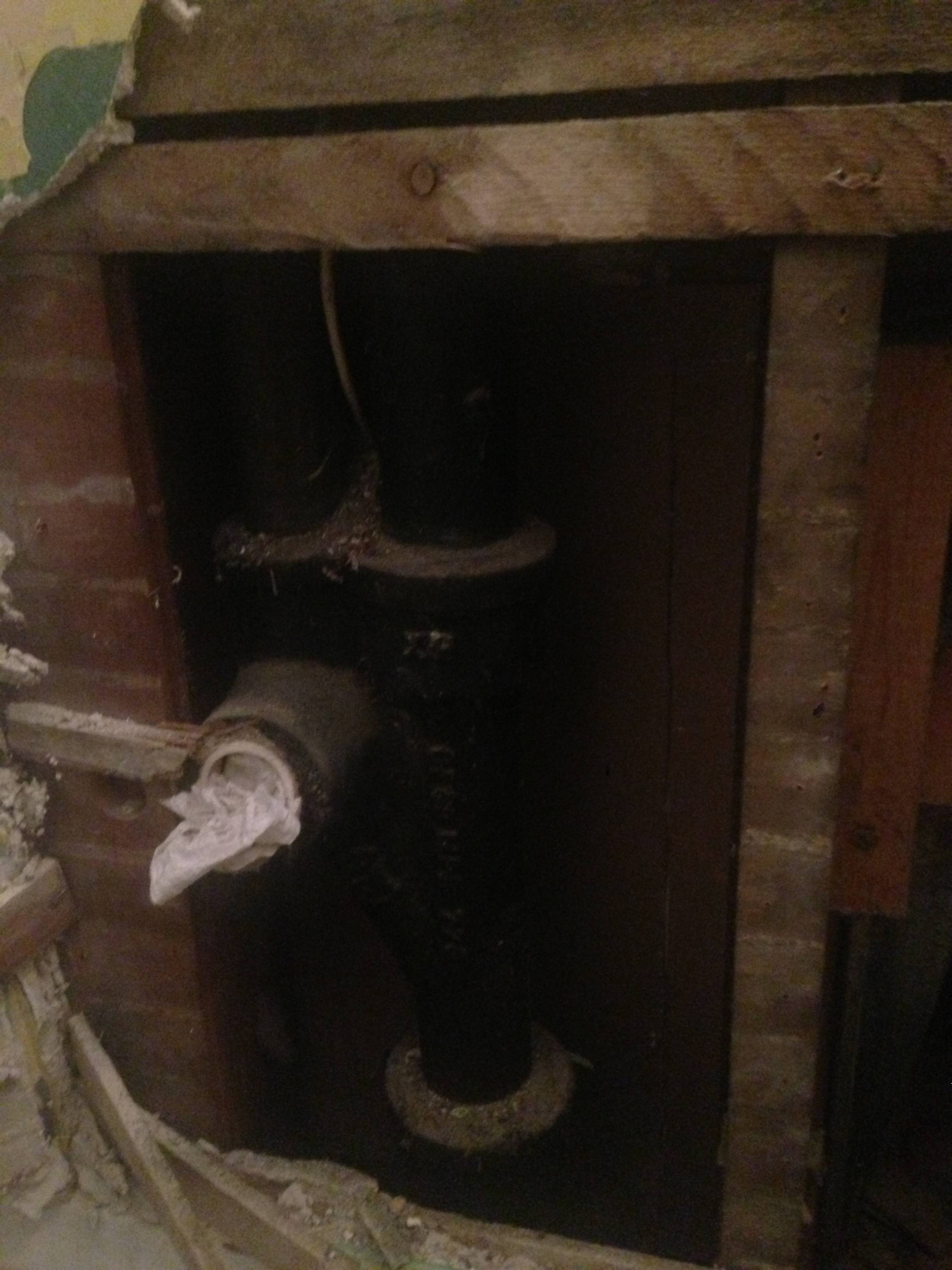 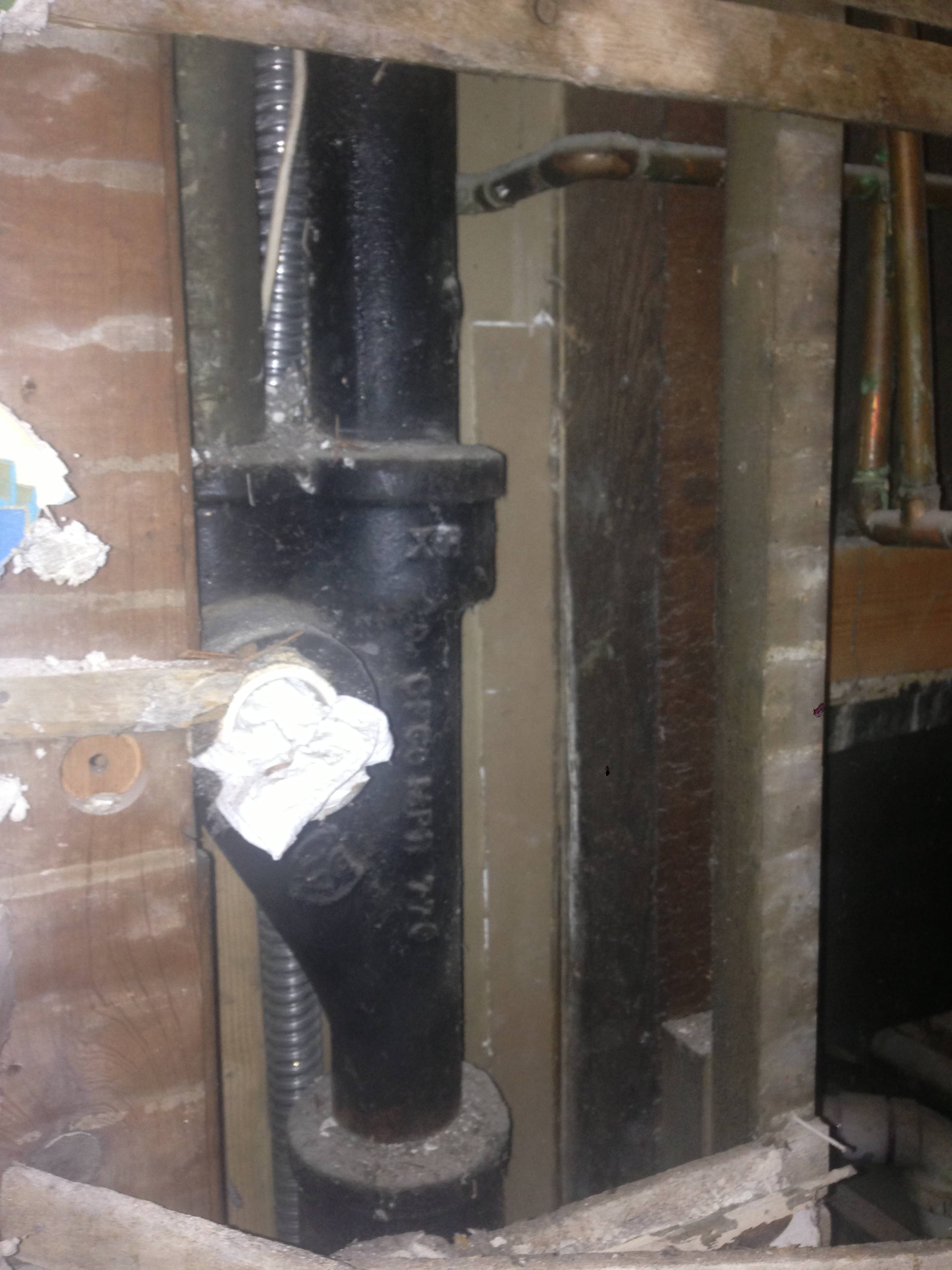 The stud you would use a hole bit that is the same size as your piping to cut a circular hole. You can pick up these bits at big box or a place like Harbor Freight in the US.

You do need to make sure that the stud is not load bearing! If it is or could be we need more info and pictures.

It really looks like you have PVC but we can't see everything. If you need to go from PVC to cast iron use a coupling.

5
Can I move my bathroom sink's drain pipe about 6 inches to the right?

5
Should second trap under kitchen sink S-trap be there?
2
How can I replace cast iron sewer drain that goes through the basement wall?
5
Toilet flange conundrum
1
What shape/bends should a bathroom sink drain pipe have to generally comply with US code and avoid clogs?
5
How Do I Take This Old P Trap Off Cast Iron T?
4
Need guidance for venting a new rough-in for basement bathroom
3
What is this flexible hose under my bathroom sink for?
2
What material is my waste stack made of, and what can I do with it?