How do I keep my corner pergola from wobbling?

I am planning to build a corner pergola over my deck. Pergola is 8ft long from the corner on either side forming a triangle on the top. I have used four 4x4 posts (8 ft) attached to the deck headers using three 1/2" carriage bolt per post. How do I reduce wobbling when shear force is applied to simulate wind condition?

Since I am new to the forum, I am unable to post a picture. Imagine it's triangle with two beams parallel to the side of the deck forming a 90 degree angle and the third beam joins these two beams to form a triangle. Third beam has no supporting post. On top of the triangular beam, I have notched joists.

You need to install knee braces every where you can. (The diagonal piece) 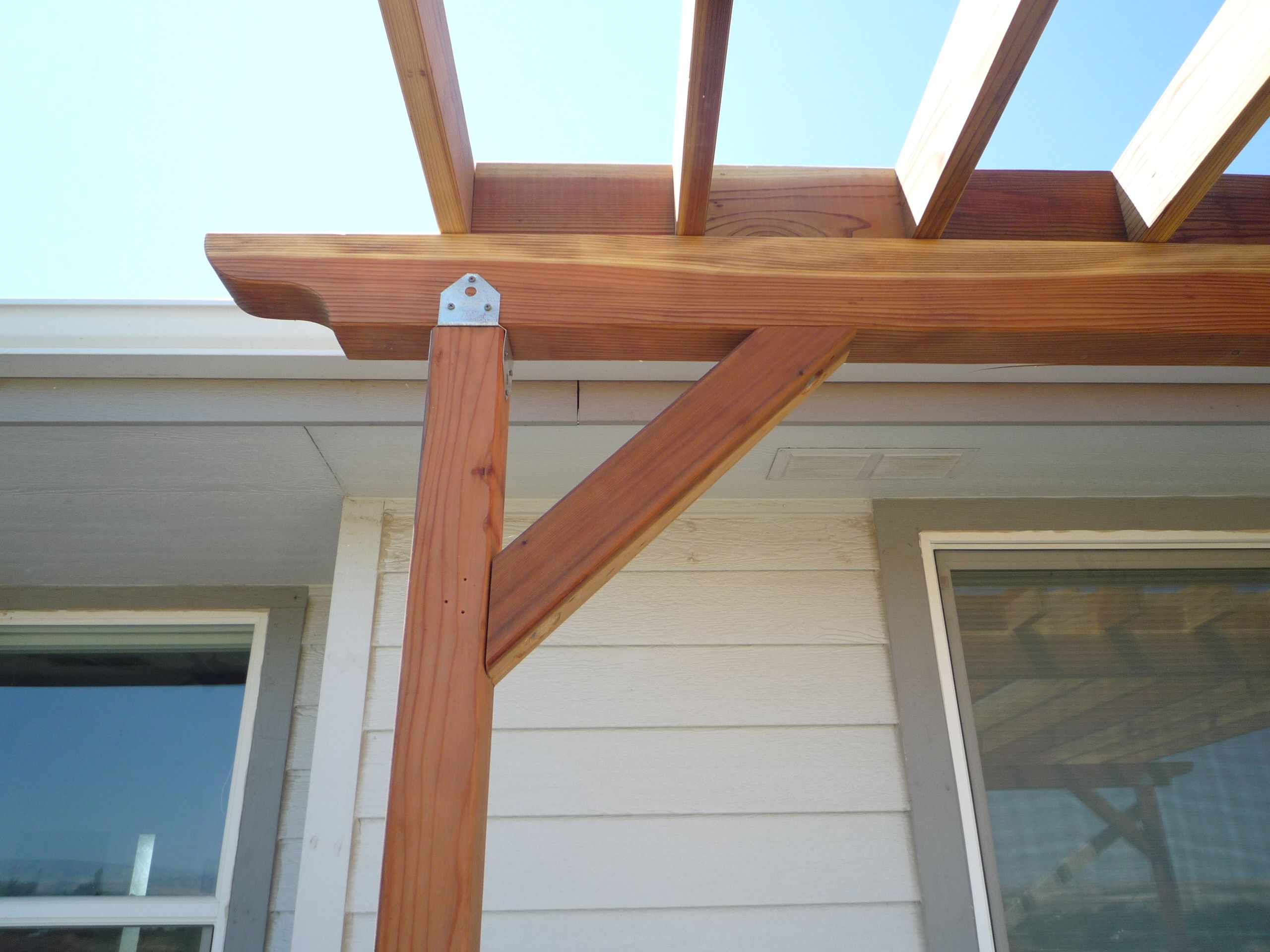 Ideally, the ends should be tightly dadoed a small amount into the beam and post to minimize the inevitable play that develops in connections made solely of mechanical fasteners. The bigger the brace the better, within reason. The best bracing would be the grand-daddy of knee braces-- X-bracing.

Not the answer you're looking for? Browse other questions tagged deck pergola or ask your own question.

8
Can I use 4x4 posts as the primary support for a deck?
15
How do I improve Pergola Stability?
3
How can I extend my deck posts to support a pergola?
3
Adding a pergola to an existing deck?
1
Replacing Rotted Deck Footings
0
Is a 15 foot tall pergola not feasible?
2
Adding a pergola to my deck; ok to replace corner railings posts with pergola posts?
2
What's the proper way to add spacers between deck beam and joists