How to secure bookcase to drywall right over concrete without drilling concrete?

I got some tall bookcases and want to set them up against a wall in a condo. The wall is shared with my neighbor and as such it seems to be a half inch drywall right over a concrete wall, so I don't have space to secure toggle bolts or other drywall anchors.

Technically I'm not allowed to alter the common concrete wall so I want to avoid drilling into the concrete to secure it that way (no hammer drill or masonry bits anyways).

As per this picture the book case will fit on the right under the bulkhead, is there anything I can do with that? 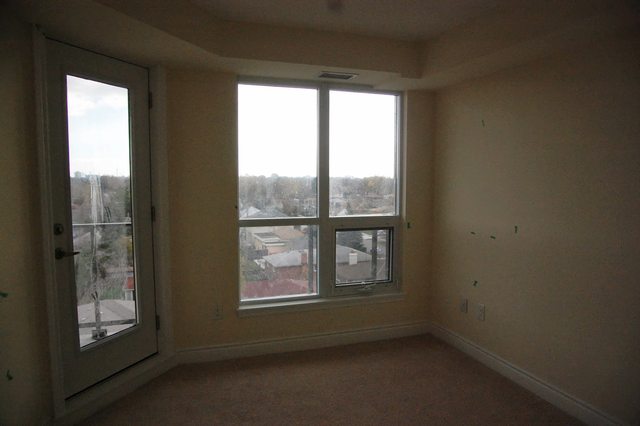 I think you already hit on it. The bulk head at the top would be a good place to secure the book shelf from tipping. Set the book shelf in place and then angle bracket the structure to the ceiling so it won't tip. Find a stud or other structure at the ceiling to make it sound.

If the book shelf does not stand as tall as the ceiling, then you have another aspect than needs attention. Think outside the box. Can you frame in an addition to the existing, what, a duct? Just think that you won't need extreme support for the bookshelf if you have good connections to the ceiling. For example, if you stand the bookshelf on it's own, how hard is it to tip over? Now think if you screw that to the ceiling, how hard would it be to tip over? If you have kids, or even if you don't, make sure it's secure.

Not the answer you're looking for? Browse other questions tagged drywall concrete installation anchor or ask your own question.

2
Can I use a toggle bolt if there's no space behind the drywall?
1
How to hang a TV on a drywall with no studs and no room for toggle bolts?
1
How can I mount cabinetry to metal furring strips with shallow depth?
0
Reinforced concrete drilling: wall plug won't fit
2
Mounting 2'x3' Glass whiteboard, drywall over concrete
1
Wall Mount TV to Drywall with Backing (Without Studs)
2
Drilling precise holes in concrete without bit wandering
0
Breaking Carbide Drill Bits