Which alternative will be more efficient and beneficial for Bathroom Ventilation? How?

Alternative 1: Install two fans (1) Inlet fan (2) Outlet fan (Both the fans are of same air flow capacity, installation at same height side by side on a same wall)

Alternative 2: Install only one (1) Outlet fan (With the double air flow capacity the single fan in alternative 1, installation at same height on a same wall )

Which alternative will be more efficient and beneficial for Bathroom Ventilation? How?

Moist hot air rises. If you have a fan placed near your shower on the ceiling that can move a lot of air out you will have little to no condensation. Fan should be turned on when you get in the shower and generally speaking should stay on twice as long as the shower taken. If you buy a fan sized for a bathroom 2 times your size and keep your bathroom door or window open while showering (if you can) you would more than do it.

Or prevent the steam from being generated in the first place.

The most effective control of bathroom condensation I've seen yet are these perspex bubbles you install on the top of enclosed showers. Basically the entire shower cubicle gets enclosed. Because it's no longer mixing with cold air, minimal steam is produced and if it is, it says in the shower. 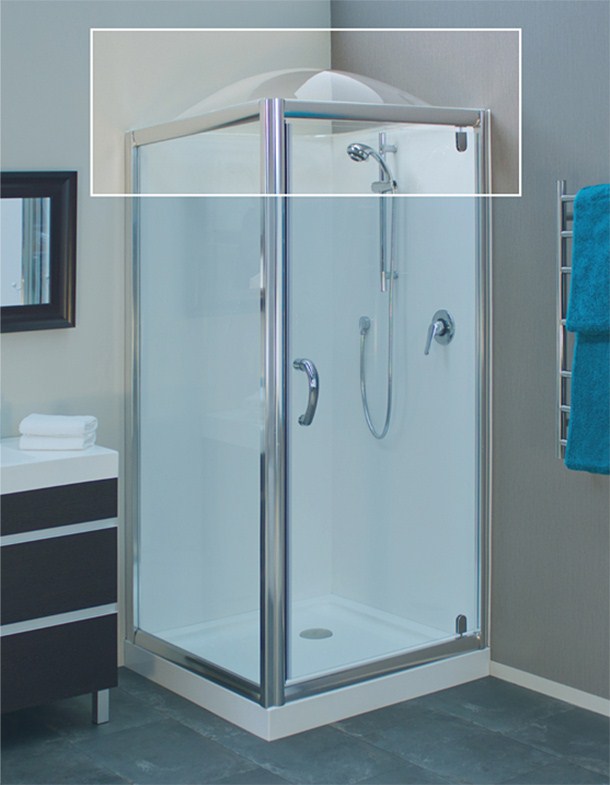 If you need to go with the extraction approach due to other factors like a shower over bath scenario then I'm really not so sure having an inlet fan is necessary at all. It's hard to say which one would work best for you because it depends where in the wall the fans are installed relative to where the steam is being generated among other things.

All you really need is a source of airflow to replace the air that is being forced out which will help push the steam out. Forcing cool air into the steam with an inlet fan may make it disperse and condense on the walls. It'd be best to draw it out as quickly as possible rather than potentially blow it around the room.

Get a good fan with plenty of airflow. I like larger fans as they move more air and are quieter than smaller ones. Apparently putting the fan closer to the source of steam generation is recommended too. But not right above the shower rose as condensed water can drip down on the person showering! not nice.

It's usually recommended to put the extraction fans are put on timers so that when they power on, they stay on for around 7 minutes after being switched off from the wall switch.

Not the answer you're looking for? Browse other questions tagged bathroom ventilation or ask your own question.

10
What are my options for venting a bathroom exhaust fan?
0
Can I adjust my blinds for both ventilation and privacy?
2
How effectively a pedestal fan blowing inward can bring the outside air if kept 2 feet away from a fully open window?
1
Will this DIY window fan setup help cool two rooms in our tiny, narrow apartment?
3
Should I vent 2nd floor bathroom exhaust down?
0
Do we need a gable vent, and in either case, how to vent bathroom fan outside (can it be via the gable)?
1
Using a HRV/ERV Fan without mounting it on a wall/window?
4
Bathroom ventilation system with electric fan
2
Will I have trouble running a bathroom fan 10 CFM (25%) stronger than needed?