What is an “indoor phone system” called?

I want to install a phone system that I can "call" within my house. What I mean is that I want to call my wife from my home office to my kitchen using a phone system; then my wife can use the phone system in the kitchen to answer me. It is better if it is wireless. What should I call that? Do all indoor phones have this function?

As DMoores says, what you describe is called an intercom.

However there are at least two relatively low-cost alternatives.

Panasonic and other companies sell cordless phones in sets of two, three, four or more handsets. One handset plugs into your phone socket, all the handsets can make or receive normal phone calls. In addition any handset can call any other handset (they are numbered 1-4).

The base of the main handset (which connect to your phone socket) can optionally incorporate a digital answering machine. You can still use them in conjuncytion with an existing answering machine if that's what you want. An advantage of the built in one is that you can control the answering machine from any handset in the house (listen to recorded messages, delete them, etc).

In Europe (and probably everywhere else in the world outside the USA) the system now predominant is Digital Enhanced Cordless Telecomms (DECT) - I think there are other systems in the USA but you may also be able to buy a variant of DECT.

Panasonic probably have the best reputation among makers of these phones.

A basic home PBX can be surprisingly cheap. You only need one phone line to the outside world. You buy as a many internal handsets as you want (up to 6 or 8 depending on PBX) and wire up extension sockets in various rooms from the PBX. This works like an office system in that you dial 9 before making an outside call. You can configure them so that any extension can pick up an incoming call (if that's what you want). You can usually place restrictions of some extensions. The home PBXs I've used are about the size of a medium-sized hardback book.

I recommend the cordless phones - very small and convenient and don't require any wiring and don't need any extra services from your telco. 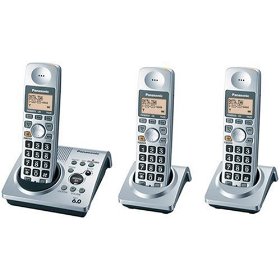 Why dont you just get a set of walkie talkies? Thats what we use.

3
What are my options for hiding/removing service panels from the outside of a house?
5
How to prepare for a home service call from my DSL provider?
0
Networking Phones Together in Building
1
For phone jack, which terminals are used by modem?
3
Get phone signal where there's no signal
0
Moving a telephone jack and wiring it
1
Telephone Termination Block upgrade
0
Identify source of current in phone lines and reclaim use of phone lines?
0
Telephone wiring question