What kind of water filter do I need?

I have city water and here is St Louis it's pretty good (from what I hear). I do have some white calcium on faucets, etc.

Now I'm in a process of renovating bathrooms and installing new piping and valves/etc. Contractor recommended to isntall whole house filter to prevent potential damage to thermostatic valves and faucets/cartridges.

What kind of water filter do I need for this? Will something like this GE® Household Pre-Filtration System work for whole house water? 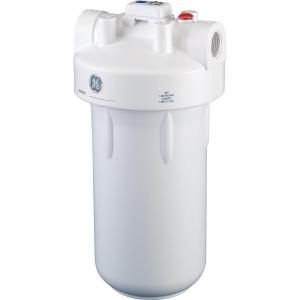 What kind of maintenance will it take? How often to replace and how do I know what I need?

No, a sediment filter will not remove calcium -- the only thing that will is a water softener. These use a media that only needs to be replaced every 10 years, and a brine tank with salt, which you have to refill periodically depending on water usage and hardness levels: anywhere from a couple weeks to a couple months. There's really no other regular maintenance that normally needs to be done on a softener.

Softeners substitute hardness (calcium carbonate) as well as some heavy metals, lead, manganese and low levels of iron with sodium ions (salt). The drawback to this is that increases the sodium levels in the water, which can be a concern for people on low-sodium diets. The amount of sodium added is entirely dependent on the amount of hardness removed.

For this reason, people often run a bypass to the kitchen cold water tap so it gets hard water, as well as outside taps used for watering the lawn and garden.

Before you purchase, you should test your water for hardness. The easiest and cheapest way is to buy a hardness test strip kit: you dip it in the water, match the colors and it tells you the hardness level. This will help you sizing the softener to buy. It's also good to periodically check so you can ensure the softener is set correctly. You're on city water, but depending on where they get the water from the hardness could change seasonally. 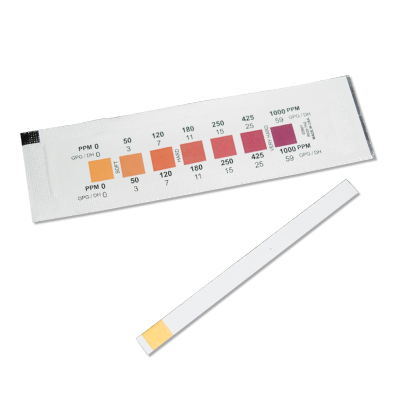 Here a link to this GE model GXWH35F which has a link to the operation/maintenance manual.

It is a whole house filter. Impossible to accurately estimate its usable period, as it depends on usage (# gallons per week) and water hardness.

The following items are listed for removal: sediment, sand, rust, soil and silt.

The more expensive FXHTC filter will also remove chlorine. However, I didn't find any reference to calcium removal, for either filter media

For whole house calcium and magnesium removal, water softeners are probably best. Reverse Osmosis (RO) also works in this regard, but is probably overkill for a city water install.

You can go to the city offices and get a recent water quality report. Every municipality has to have water tested. Talk to the plumbing inspector about need for treatment vs filtering.

Not the answer you're looking for? Browse other questions tagged water filter or ask your own question.

3
What could be causing my spa filter to clog regularly/often; and how can I fix it?
6
How can I determine what is in my water?
12
Is this plastic pipe connecting city water to the main line dangerous?
1
What kind of pipe should I install between my water meter and my house plumbing?
3
What type of water filter cartridge is right for drinking water in NYC
4
What kind of chlorine solution do I use in water treatment system?
1
Why would I have little to no water pressure after reopening the main water valve?
2
Flint water crisis - Water filter for Hot water heater?
4
Water pulsing / banging from shower
0
Water pressure became a problem - city water