How can two different breakers both turn off the same circuit?

I have a 40 yr old home with circuit breakers. While looking for the breaker to turn off a circuit (I was replacing a light switch), I found that two breakers, on the same side of the bus, but separated by a few other breakers, both disconnect the circuit. To be clear, I am telling you that I can turn off either one of these to kill the hot wire in the switch box. The only thing I can think of here is that somehow one of the breakers is feeding the other. I've never seen a circuit behave like this.

This is similar to the other thread on this site about "Two breakers switches control the same thing" except in my case, I have the opposite result: either of the two breakers will kill the circuit.

Is there any reason this may have been done on purpose? Is this allowed by code?

That could be a split bus panel, meaning that there are two sets of power distribution buses. It used to be allowed by something called the "6 handle rule" (which allowed up to six of them in a service panel) back when circuit breakers cost a small fortune. 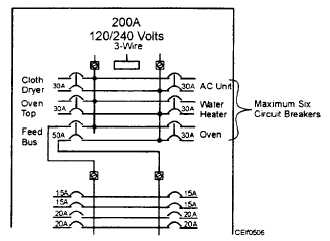 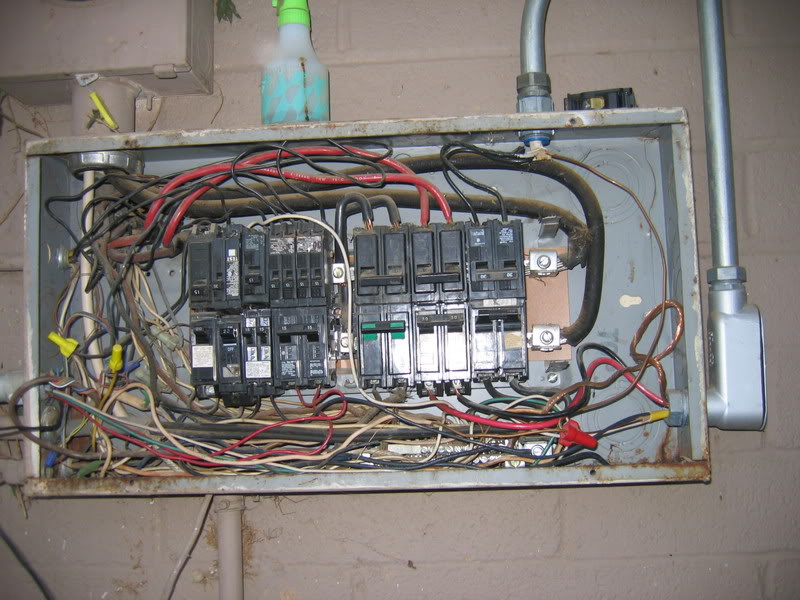 Note the gap in the breaker buses at center where there are no breakers, but you can see heavy black wires connecting to the right end of the secondary buses.

The cables from the meter connect at right (which would conventionally be the top of the panel) and feeds the six double breakers. Five of them feed directly to heavy loads: range, water heater, dryer, baseboard heaters, etc. The top-left double ganged breaker feeds the second bus in the left half of the photo.

In this configuration, any circuit fed from the lower bus would be shut off if either its own breaker were switched off, or the feed breaker—which also shuts off almost everything in the building.

The circuit has been picked up over the years and its feeding the same circuit and since its on the same phase there is no issue with the breaker tripping. If one of those breakers gets moved one bus up or down it will be a direct 240v short. So leave it as it is or find where it was back fed. Probable happened on a troubleshoot to regain power. Then after some time the old feed came back on because it was probably a loose connection. 99% thats it.

The break circuit must be using stair case schema to turn off the light. It works like a XOR gate in digital logic, the switches should be in opposite position to close the circuit.

You got to short circuit one switch to get rid of this configuration.

8
How is it that two breaker switches control the same things?
1
Why are two breakers controlling the same circuit?

8
How is it that two breaker switches control the same things?
12
Does turning circuit breakers off cause wear?
1
Why does turning on one light turn off a different light?
1
Why are two breakers controlling the same circuit?
0
How can I power a load from two separate circuit breakers?
0
Multiple breakers controlling the same lights - how can this be?
1
Two breakers sharing same neutral?
5
In a multiwire branch circuit, can the two hots be connected to the same phase?