How do I screw two posts together so that they look seamless and can easily be taken apart and put back together?

I would appreciate help so much!

I am trying to make a 'collapsible' arbor if you will. I would ideally like to saw my large birch posts in half and make them screw back together in the center, but I have no idea how the mechanics of such a thing would work. Double headed large screws!? Any suggestions would be appreciated.

The birch posts in the original design were made a certain length to serve a particular function. I am sure they were selected on the basis of strength, stability, and durability. As a first order analysis the idea to cut them in half seems to defeat almost all the reasons that they were designed for in the first place.

It will not be possible to simply cut the posts in half and re-join them in a manner that will restore them 100% back to the original look and function. That said there may be some ways to come close to that as possible if one can look past the cut lines and some fasteners / bolts.

There is some missing information that will be needed to provide the overall solution and/or suggestions. I can provide one possible idea for the case where these posts are deployed in a vertical orientation and the girth of the post is substantial.

The idea is to go ahead and cut the post in half and then install a heavy piece of steel pipe into a hole drilled into each end of the post. The pipe would be glued into the lower hole using construction grade adhesive. Cross holes would be drilled though the sides of the upper post to accept bolts that would be threaded into prepared holes on the other end of the steel pipe. See picture below: 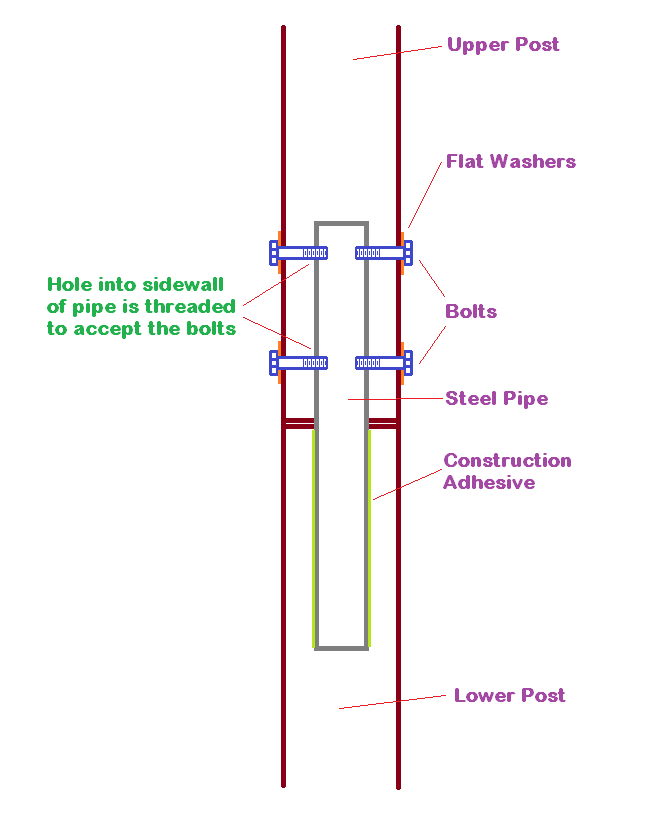 Two half-lap joints with through bolted hardware.. not invisible, but solid: 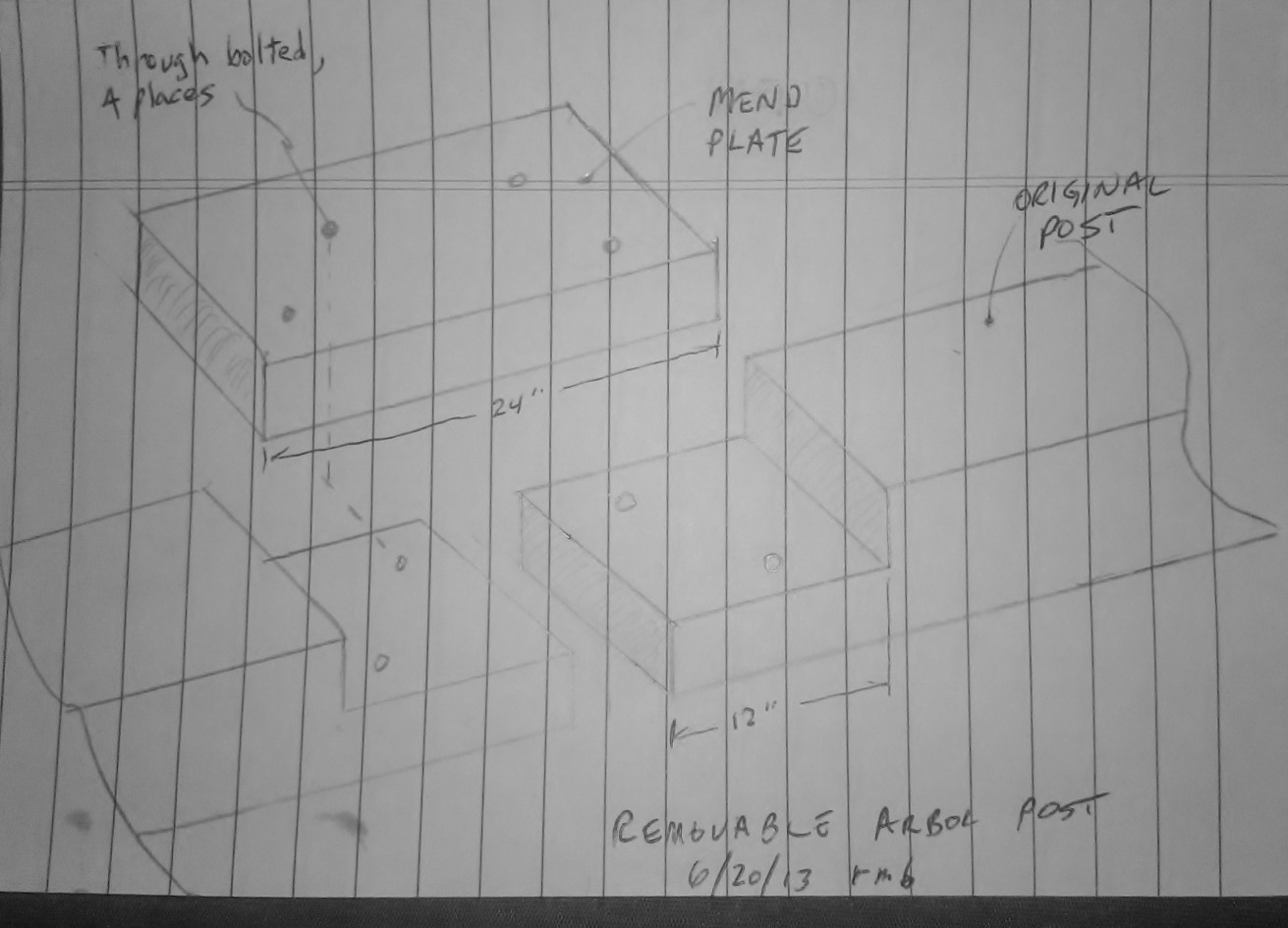 Not the answer you're looking for? Browse other questions tagged wood screws or ask your own question.

4
How can I repair screws in furniture with stripped holes?
2
Does thining wood filler make it crack when drying?
2
How can I make self-tapping sheet metal screws go into metal studs more easily?
1
What kind of wax to use on birch/pine wood?
0
How to remove harden screws and try preserve the two metals that the screw bind together
3
Need help with sagging gate double gates
1
Installing pull-up bars. Will this design hold?
2
How can I reduce flex/sway in my pergola?
5
Is this hinged collapsible clothesline design stable enough?