Can I use two ladders to create a makeshift scaffold?

I have a really high stairwell to do walls around (cca 18 ft). Scaffolding is impractical. I had rigged a temporary platform that I used to hang drywall and it worked well but I had to remove it because it was anchored into the structural framing and I needed to hang drywall where it was anchored. So I was thinking to put a 20' ladder at the landing of the stairs or the first stair leaning onto the wall that faces the stairs. Then I want to take another, shorter ladder (one piece 10') and rest one side on or near the top of the stairs and the other somehow suspend on the big ladder to act as a bridge between the stairs and the big ladder. From there, most areas will be able to be reached for drywall taping and mudding and later on painting.

My question is, since both ladders are the same width, are there contraptions (hangers) to mount on the big ladder to which I can suspend the small horizontal one? I googled "ladder accessories" but didn't find anything like. What is an accessory like that called? Because I can't just insert the small one into the big one securely. I was thinking some secure buckle/hook should exist for this type of rigging precisely. 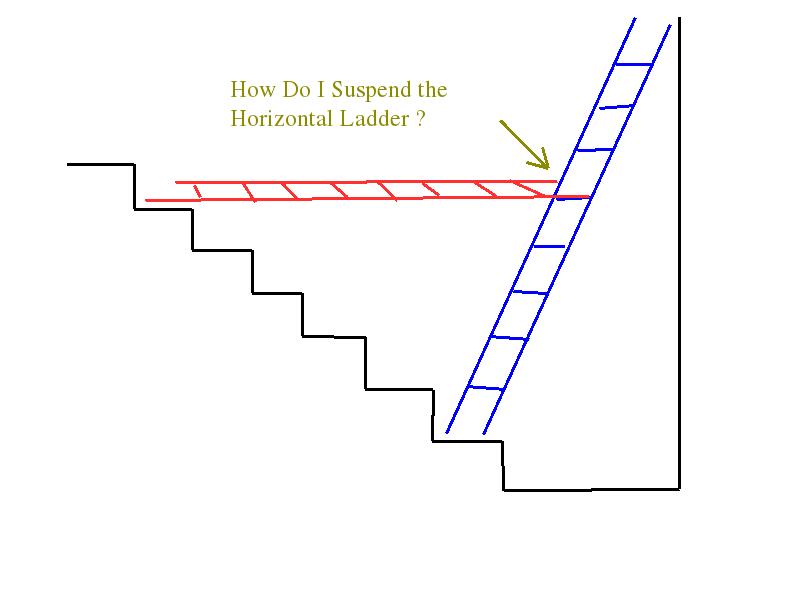 Instead of a horizontal ladder, I'd use scaffold extension plank. These are designed to work with an extension ladder or with ladder jacks. Some have clips for ladder rung attachment, I've used a pair of c-clamps (just on the extension plank, to prevent it sliding) . OSHA spec on plankings, contains span ratings for wooden planks 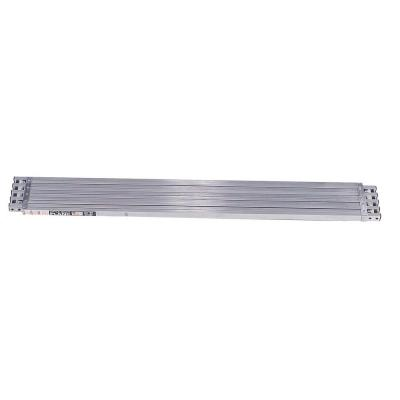 Not the answer you're looking for? Browse other questions tagged tools safety ladder or ask your own question.

3
Can I use a rusty soldering iron?
1
Can I use EPS concrete for a fire bowl?
2
Can I use this hose with my air compressor?
0
SDS, SDS MAX, SDS PLUS: which bits can I use?
5
Can I use a nailer with a higher consumption than my compressor's SCFM rating?
25
How can it be dangerous to feed a water heater from two separate panels?
1
Ladder is warped; how much is too much?
2
Can I use screws for attaching a ladder to a bunk bed?
0
What tool can I use to cut wall studs straight?
1
Join two extension ladders together to make an a-frame ladder?