Can I remove a wall stud to install a pet door?

We only have one option for a wall that the pet door would go in. After measuring we found that the door would have to go right in the middle of a stud. Is it safe to cut through the stud?

framing load-bearing pet-door
Share
Improve this question
edited May 16 '13 at 19:04

If this is a load-bearing wall you'll want to frame the pet door in, just like you would a window. This will allow you to properly carry the load down, and around the pet door. 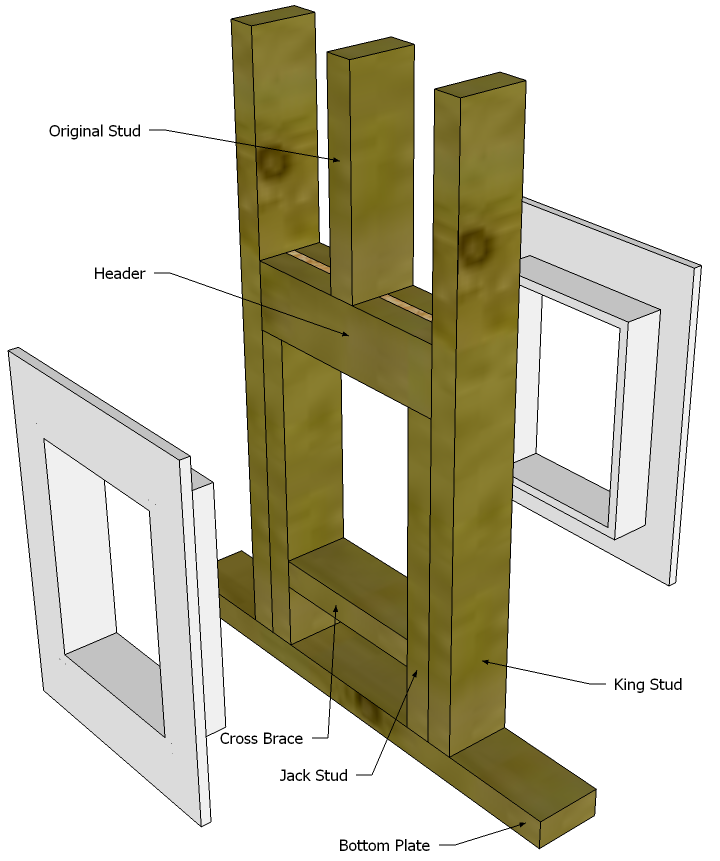 The king studs should go all the way from the top plate, down to the bottom plate. The header will be made up of 1/2" plywood/OSB, sandwiched between two 2x4s.

If you don't want to tear out the drywall all the way to the ceiling, you could use the studs to the left and right of the stud you want to remove as king studs. 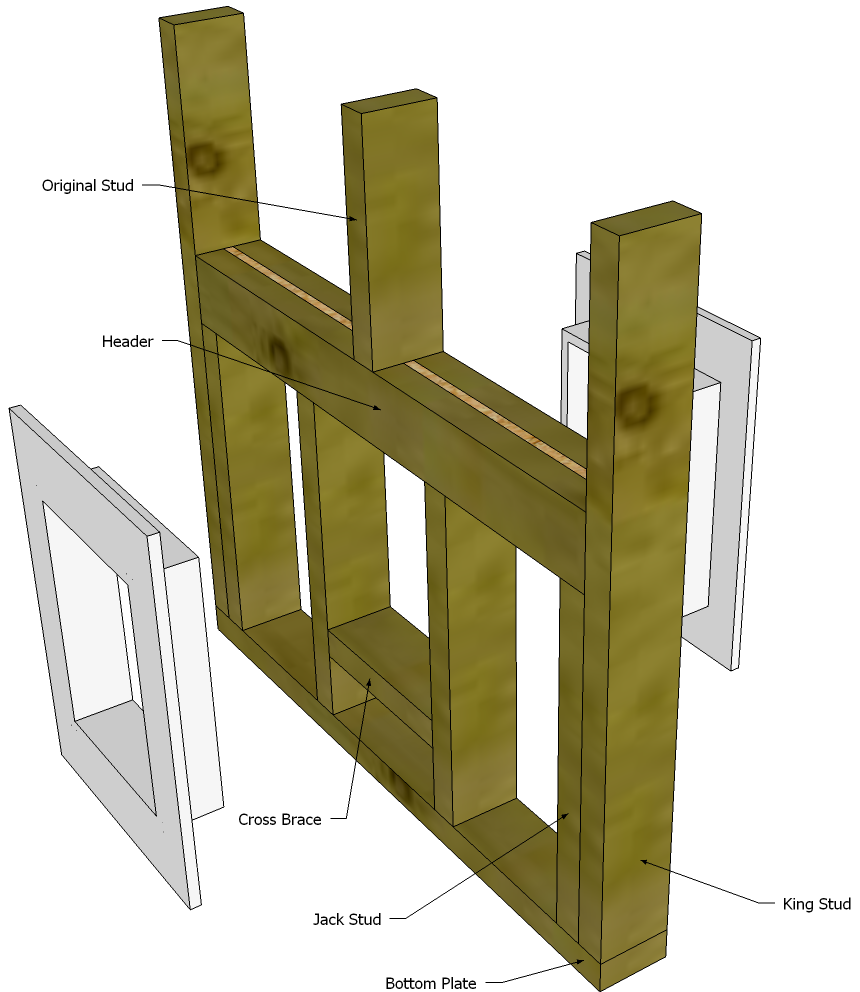 NOTE:
Since you're only dealing with one stud, you probably don't have to worry about carrying the load while you work. If however, you're removing multiple load bearing studs, you'll want to use bracing to carry the load until you've replaced the load bearing structure.

I am guessing that this is an exterior wall which means it is load bearing. You will probably have to put in a stud on each side of the dog door and carry the load of the stud you are cutting to the outer two studs... So then you will generally have to rip out a small section of drywall and do a little work - frame like installing a window. This is relatively easy to do and you will spend more time on mudding/taping the section than the install - given you don't have to notch out for plumbing/electric.

Not the answer you're looking for? Browse other questions tagged framing load-bearing pet-door or ask your own question.