I have 240 plug with a switch dedicated for Air compressor. I have compressor that supposedly can be wired for 240V

2 pictures show sticker and current wiring. How do I update wiring to make it 240V? Do I just replace hot/neutral with hot/hot? 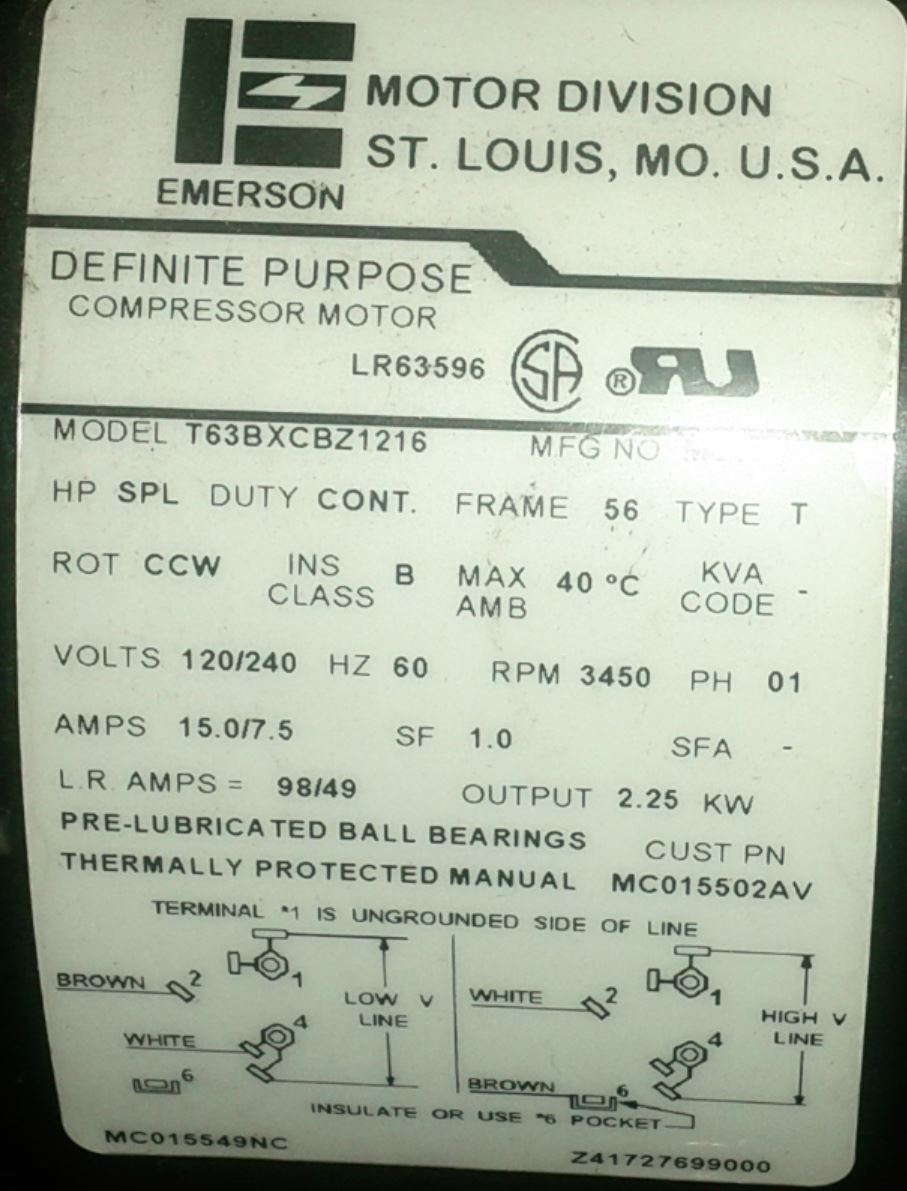 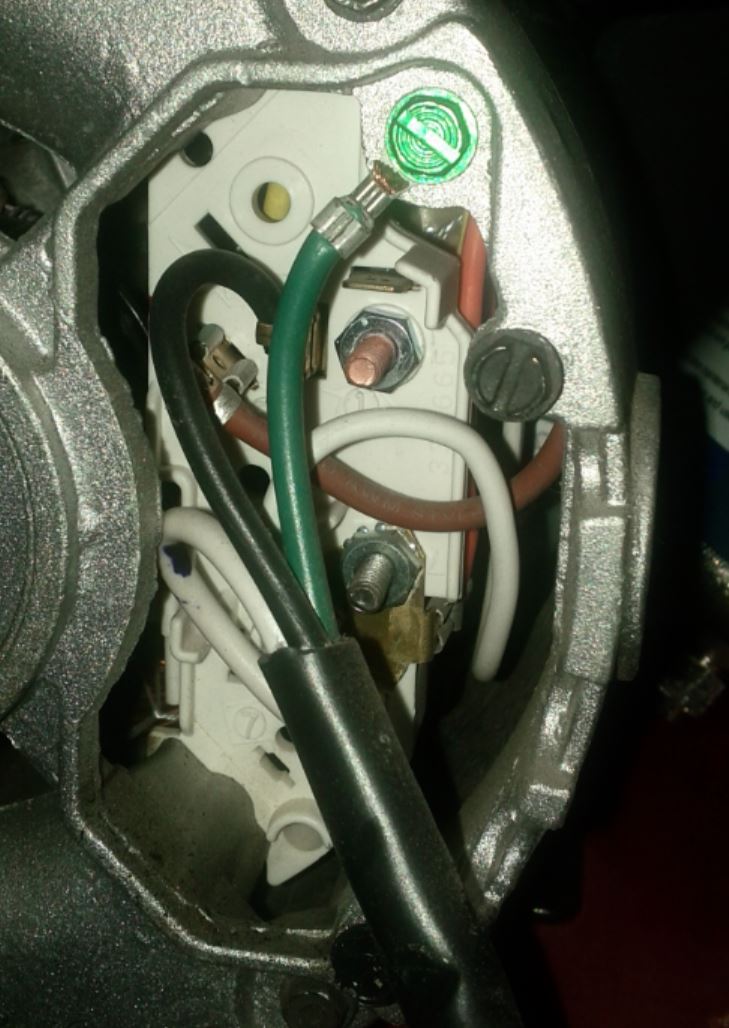 EDIT: To finish conversion I have 1 more question: This is compressor, so there is switch (see picture below) From what I understand I keep wiring at switch the same but white will be second hot instead of neutral? 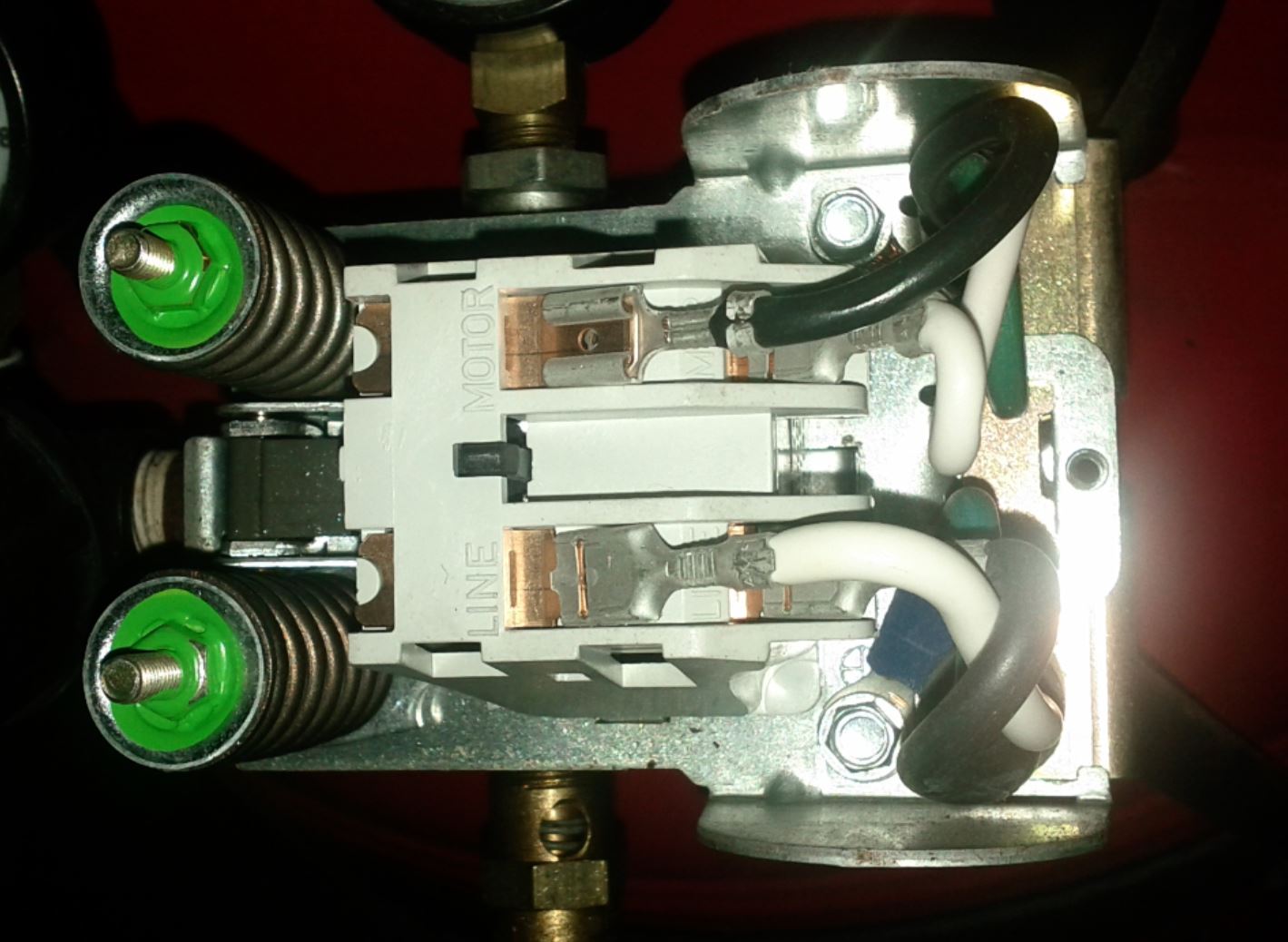 Absolutely not! You have a vital step to complete before you can do that.

Note that the bottom picture would have been a little better if you had pulled the cord up so we could see the numbers on the white plastic block.

In this motor, you are working with two sets of wires, the electrical cord and a pair of jumper wires that go to the motor windings. These are the white and brown wire that go from the spade terminals on the white block down inside the motor (designated by arrows below).

Referring to the label, for conversion to running on 220/240V power: 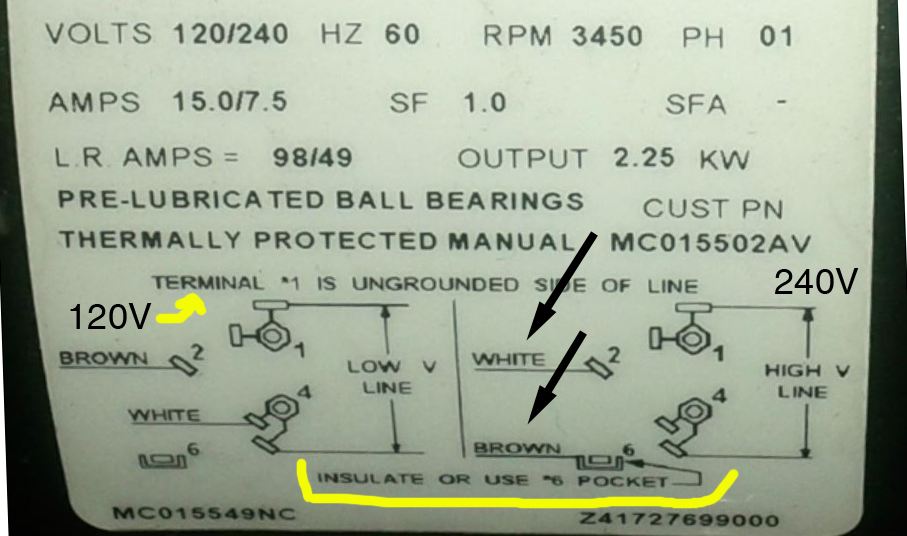 Basically, you are taking a pair of windings that run in parallel for lower resistance at 120V and changing them to run in series so the coil winding has higher resistance for 240V.

Note: Amended point 3, power input connects to the pressure switch, not directly to the motor...

Not the answer you're looking for? Browse other questions tagged electrical wiring electric-motor or ask your own question.

0
How can I connect a 120V compressor to a 3 phase WYE 208 electrical system?
1
Do I need a neutral wire when connecting a 240V device?
23
240v Outlet with 120v and 215v - How?
2
Identifying how this switch with indicator light is wired
1
Getting 120v single phase & 240v three phase out of 240v single phase receptical
4
Plugging compressor into 240v dryer plug (NEMA 10-30R)
1
Can I add a light fixture (with a switch) to an existing switch/outlet circuit?
2
Smart switch - Confused about current wiring
3
What's with this weird kitchen 120V circuit with 240V on it?
0
Does a 240v water heater circuit require a neutral?