How much will a board-on-board (shadow board) fence reduce the wind load?

I have had problems with a fence on one side of my garden because of wind in Montreal. The posts end up leaning away after a few years. Part of the problem might be how the posts were put in (perhaps not deep enough), but the wind is a big factor.

EDIT: Current fence design is 2m high with posts roughly every 15 feet, similar to the image below: 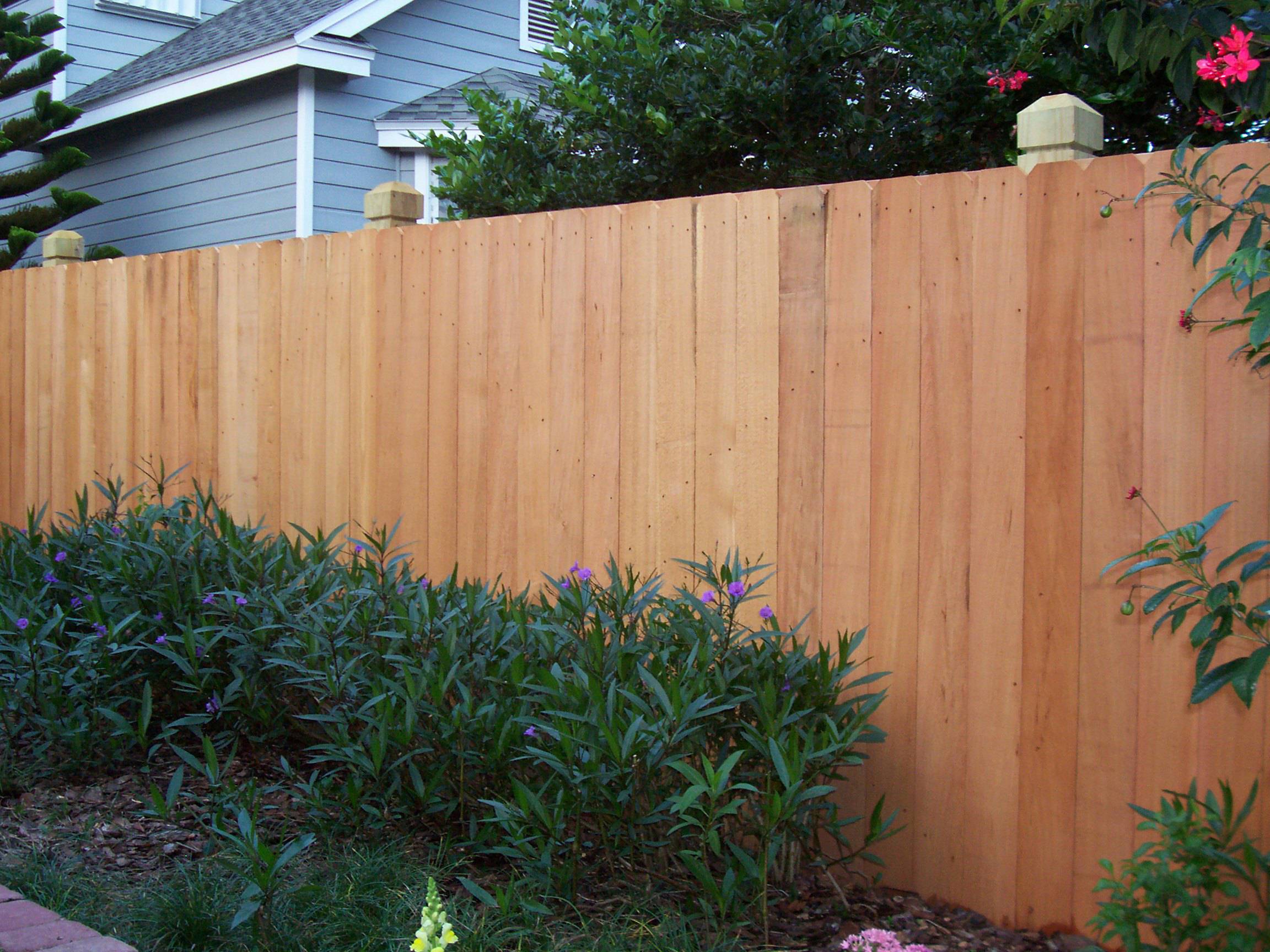 I'm wondering if a board-on-board fence design (aka shadow board or shadow box fence) will help much. It seems that there's more wood involved in this design, and so it will cost more. I'm not sure how much it reduces the wind load, and I'm trying to get an idea of the cost/benefit of the design.

Here's an image to give you an idea of what I'm talking about:

This is an interesting read:

The engineer says that there is no reduction in surface area, and the gap between boards isn't significant enough to significantly alter the air flow. He also says that in reality, there may be a minor reduction in the wind loading, but not enough to make it worthwhile.

You may want to consider a Louvred fence (angle board fence). However, these do not provide much privacy in the one direction, so you will want to angle the boards away from any nude sunbathing areas. 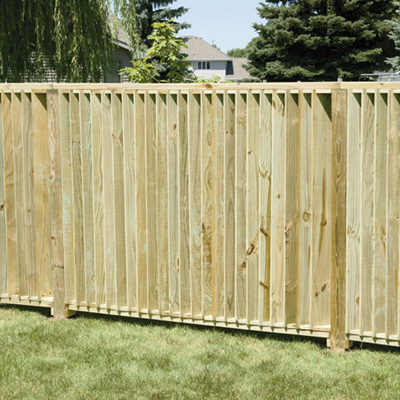 I am posting this response several years after the fact since the information contained above did not match my personal experience. I live in the foothills of Denver, CO where we routinely see high winds and where shadowbox fencing is preferred for its apparent wind shedding characteristics. I am also a mechanical engineer and in need of a new fence after ours was blown over (a double sided solid picket fence) and while I had not previously investigated the issue, I thought an experiment and some calculation might be in order.

I mocked up both a solid picket fence as well as a shadowbox fence with Popsicle sticks and bass wood for the stringers. They were attached to a 3d printed test stand via rubber bands (see image) Each was constructed with the same surface area and subjected each to "wind blasts" from the exhaust of my shop vac.

The results were consistent from test to test with the shadowbox fence demonstrating less than half the total deflection of the double sided picket fence.

Given that the surface area, air velocity and air density were the same for each test, and that the alternating of samples from one test to the next would eliminate any variability of the jig/test setup. I am fairly confident that the shadowbox fencing has better resistance to wind loading. 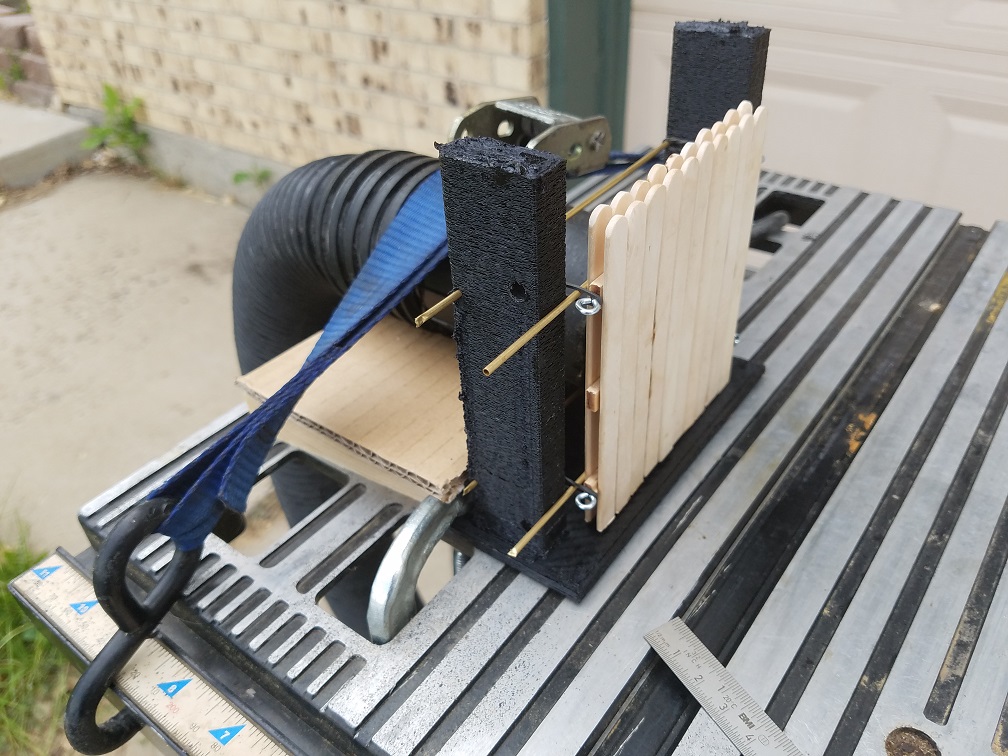 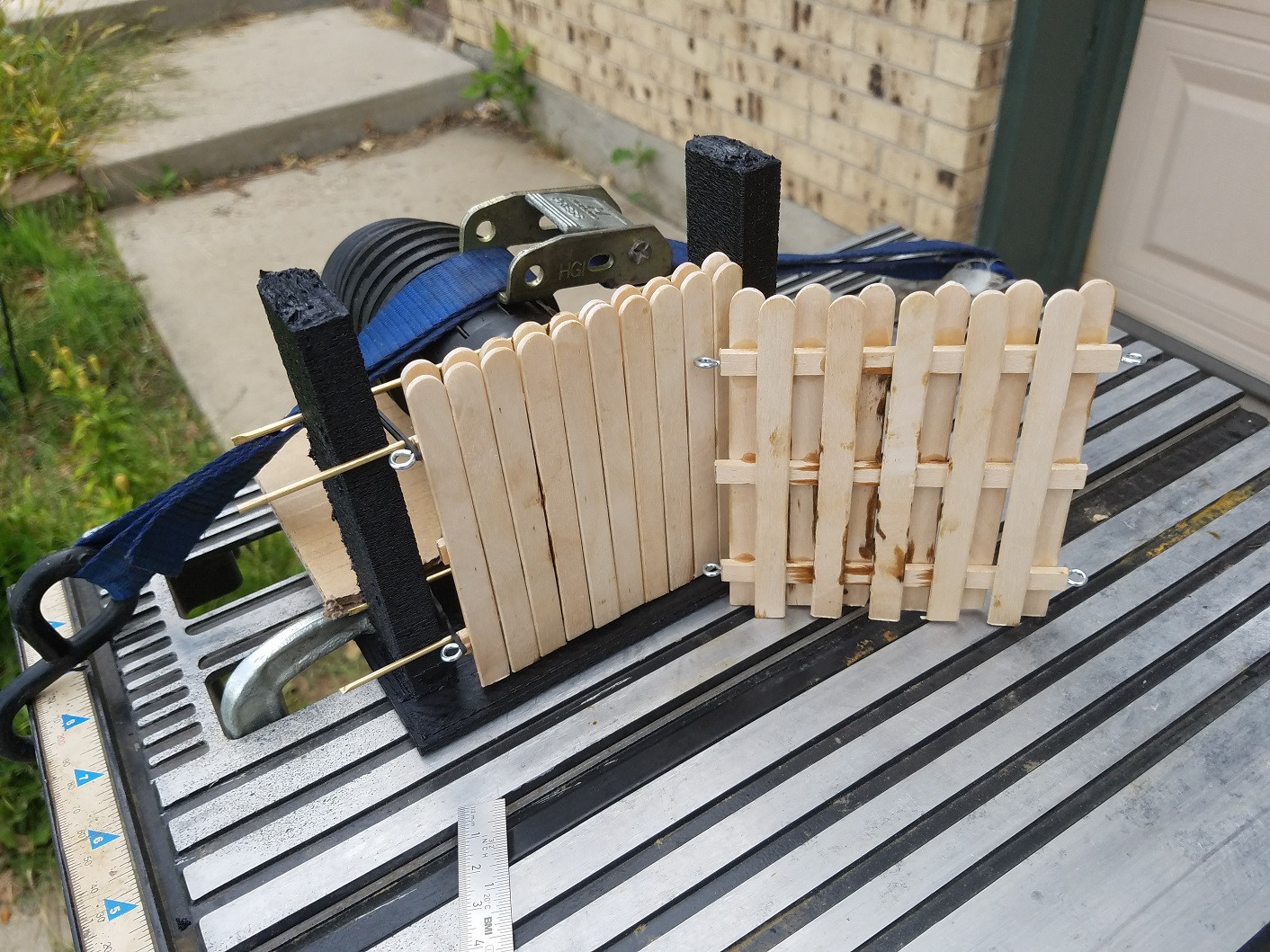 For sure the new design will help. Basic physics. More force will pass through instead of beating against the wood. Also force (wind) will naturally take the path of least resistance. You have a giant fence with no gaps now. So anything you move to will be better.

Will it be a lot better and help. Maybe, maybe not. Looking at the new design this would help overall but see the best returns for angular wind. If the wind is going straight at it, there are still no straight line gaps. There is no way without trial and error that you will be able to tell if this works ahead of time - unless you have fence wind tunnel data at your hands.

It looks like you want total privacy or close to it. I would move to the new design and pop a support post in between your existing posts - they don't even need to pop over.

I don't see how this would reduce the wind load on the posts. In fact, it might increase it a little since the surface area of the fence is greater.

If the wind force is too great for your posts, you only have 2 options:

I build wood fences and gates in South Florida. Shadow box fences here have posts a minimum of 24in in the ground on center every four feet. I do not have this physics involved in comparison when wind load is the subject. But it stands to reason that if wind can penetrate through the shadow box Style fence as opposed to a more solid surfaced area like board on board or privacy styled fences the wind resistance must be less (meaning the shadowbox design is preferable in high wind situations). It is almost certainly why 90% of the wood fences in South Florida are shadow box.

Tbe attached picture is of a 20 foot long wood rolling gate being installed in Key Largo, Florida. I halted Construction on this gate to provide the client with the opportunity to change their design request for a board on board style (that would match the fences on either side of it) for a shadow box style for this very reaso - to reduce stress from wind not just in the event of a hurricane but for everyday coastal breezes as well. 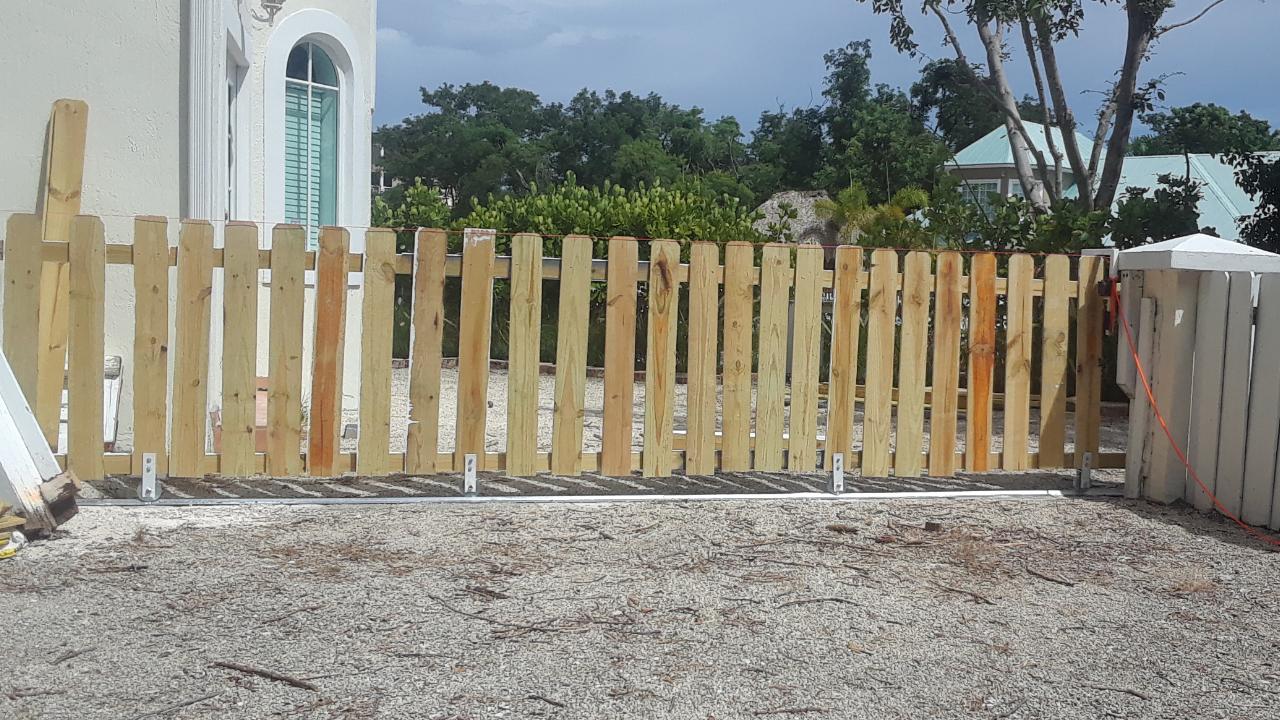 Not the answer you're looking for? Browse other questions tagged fence wind or ask your own question.

3
Will this fence provide good wind resistance? (And is it a correctly built shiplap fence?)
0
What type of 6ft fence should I get, that can take a lot of high winds?
1
What is the best type of 6 ft wood fence to block wind in a yard?

1
Can a conical form for pouring shorter concrete footers be used for fence posts?
3
Will this fence provide good wind resistance? (And is it a correctly built shiplap fence?)
9
How much concrete for a fence post?
2
What is a reasonable depth and diameter for postholes dug in clay soil to support an 8' fence?
0
Privacy Fence: Is this minimalist design efficient?
4
How to reinforce and straighten a fence post
0
Free standing planter fence
2
Method for setting 6' wood fence posts in clay soil
2
What to do about these fence post bases
1
Vinyl Fence on Deck - How to stabilize or strength the Post Support