Should galvanized steel pipe be used as a tub spout?

I remove galvanized pipe whenever possible. A brass nipple will be a much longer term connection, due to much lower reactivity to water caused corrosion.

However, if the plumbing elsewhere is galvanized, it may only be a symbolic gesture. 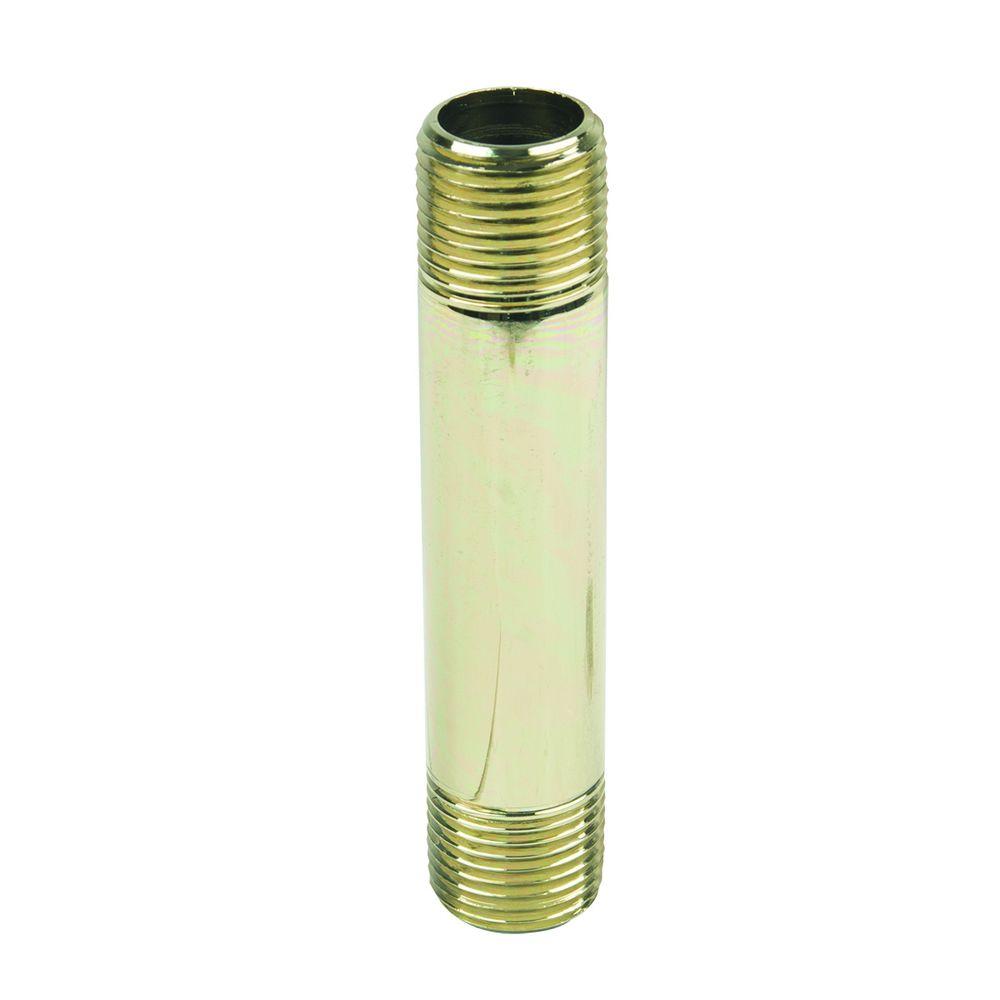 Galvanized pipe is often used when a threaded pipe is required, since it's a bit more durable than copper. Copper is a softer metal, and may not hold up as well against the potential abuse the spout could see. While it's true that galvanized pipe has corrosion problems, such a short length where it's not common for water to rest should not cause problems.

If you're using a spout that doesn't connect using threads, you may want to use copper instead. For a threaded spout, however, galvanized may be the better choice. 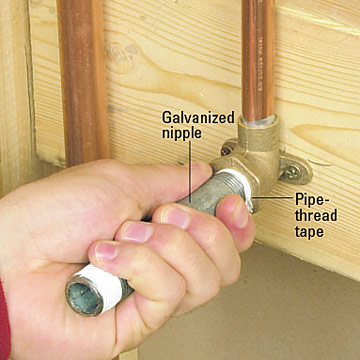 Galvanized pipes were used pre-60's. So it was to code for its time but its the worst piping to use for water. Hot water lines clog up a lot with galvanized if you have hard water. Some people use PEX tubing to replace it because its remodel friendly due to its flexibility but I've have no experience with that. Unless its clogged up I wouldn't mess with it. +10 for good old copper tubing and its antimicrobial properties.

Though I can't attest to its long term health issues or your local code practices, as far as durability goes for this particular application you won't have trouble using galvanized pipe feeding your shower head or the tub spout. Typically the faucet will fail and be in need of replacement before the pipe fails. Seen these in hard water and long time soft water users. Never seen one clog or rot before the faucet became irreparable.

I have galvanized in my commercial building only for feeding fixtures such as toilets and sinks. I am replacing what was installed in 1947, much of it was ready to fail but it still lasted almost 70 years and yes the fixtures and shutoff valves also needed replaced. Brass is way too expensive to justify but for a drinking fountain, use copper.

I am working on commercial properties and I just had to replace plumbing with a galvanized nipple in copper. Water DOES sit in that pipe. The pipe doesn't have to be full or under pressure for corrosion to happen.

I found that the problem with corrosion in that pipe isn't closing the pipe off, it's corroding the pipe and fittings so that when you try to unscrew the tub spout, the copper fitting breaks before the corroded threads break free.

Break out the saws all and replace copper in the wall... Or just start with brass.

I am now going with copper or brass rob spouts.

Whether using a brass nipple or galvanized nipple, I recommend that you don't leave the nipple capped and filled with water for a prolonged period of time due to a lesson I learned the hard way (details below).

Ten months later in April 2022, when I installed the trim spout, I noticed corrosion inside the galvanized nipple, as shown in Figure 2. I cleaned the inside and threads of the pipe as best I could, but after a week it still caused brown, rusty water to appear unless the bath faucet was used more than once a day. 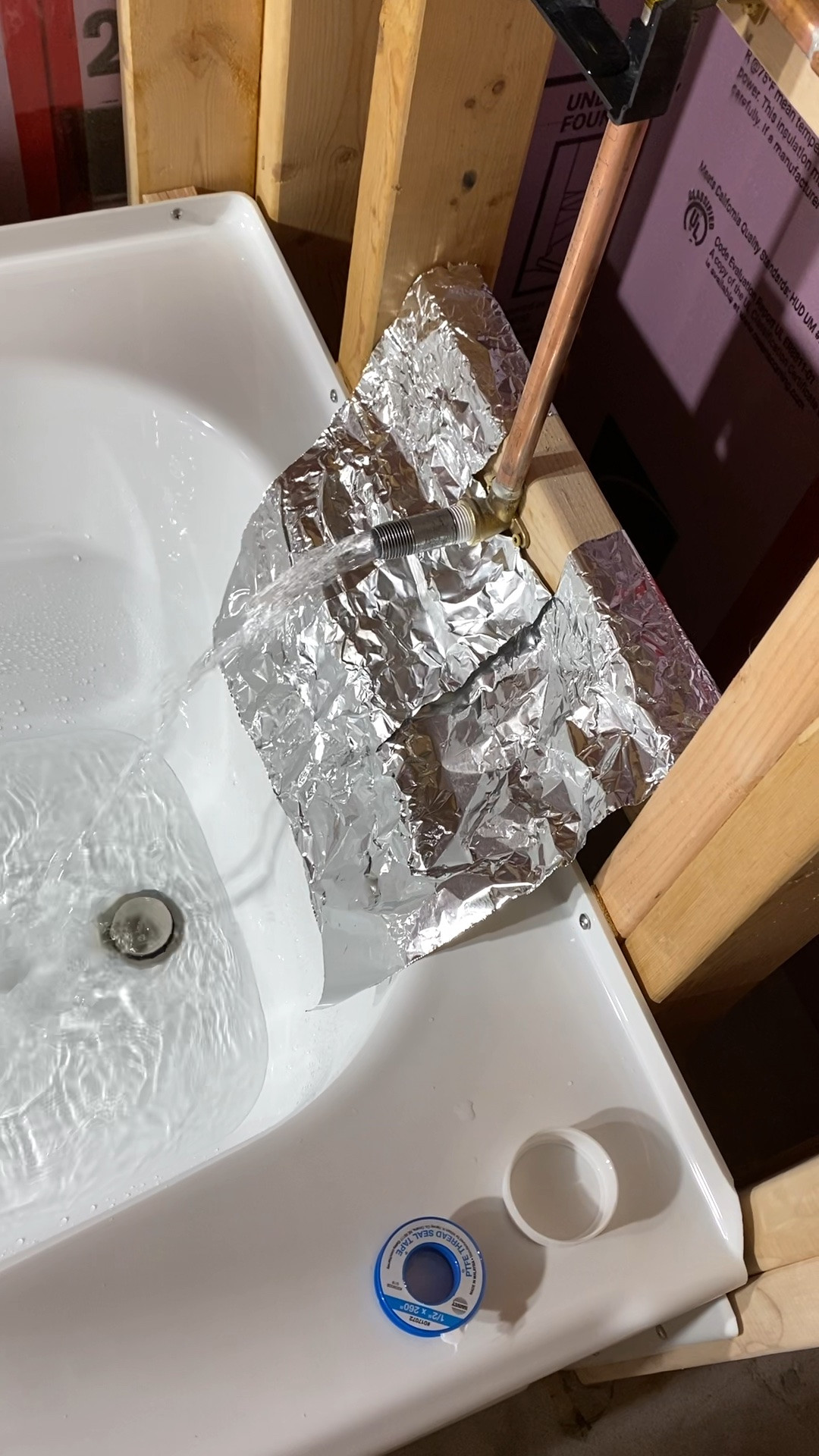 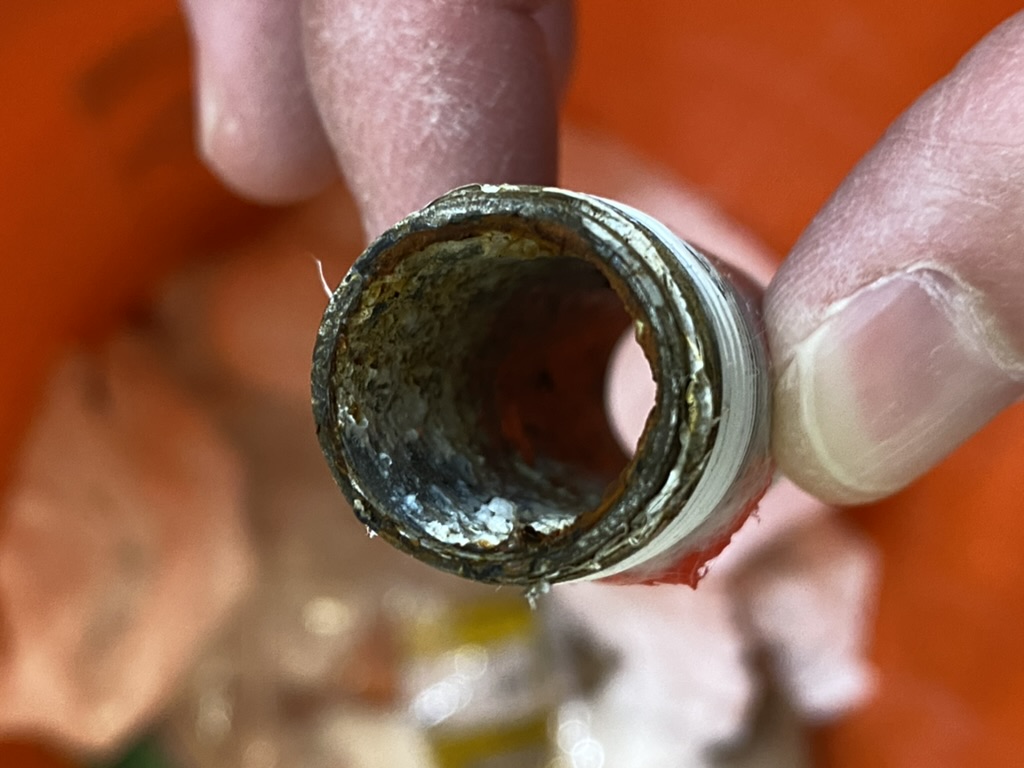 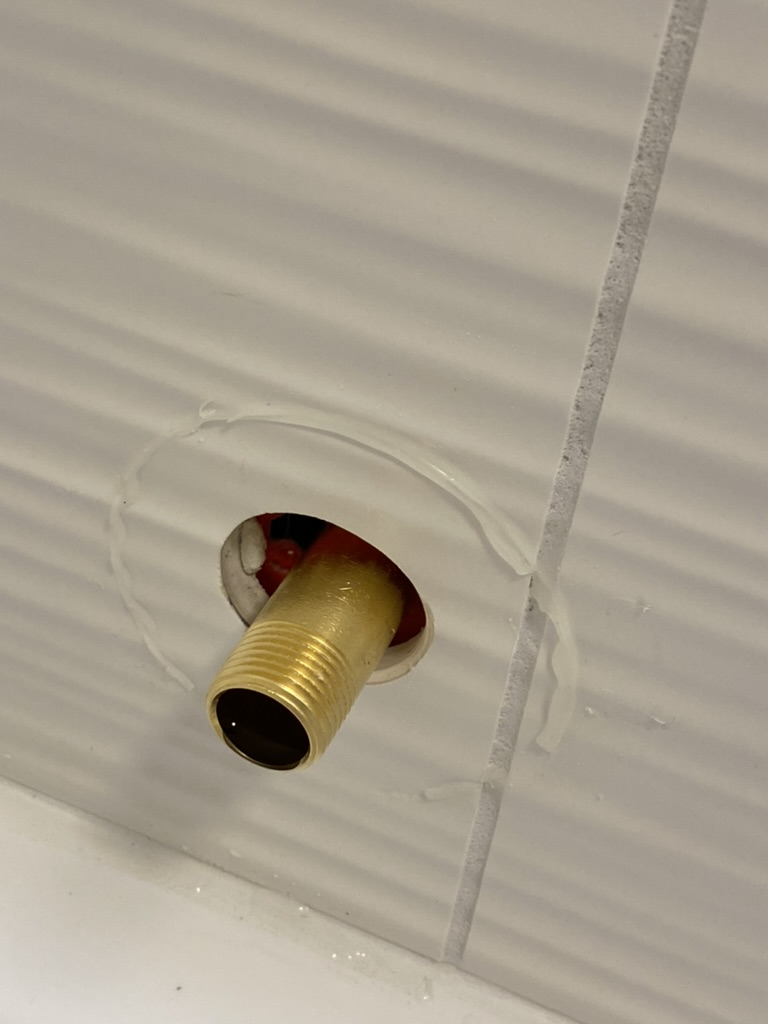 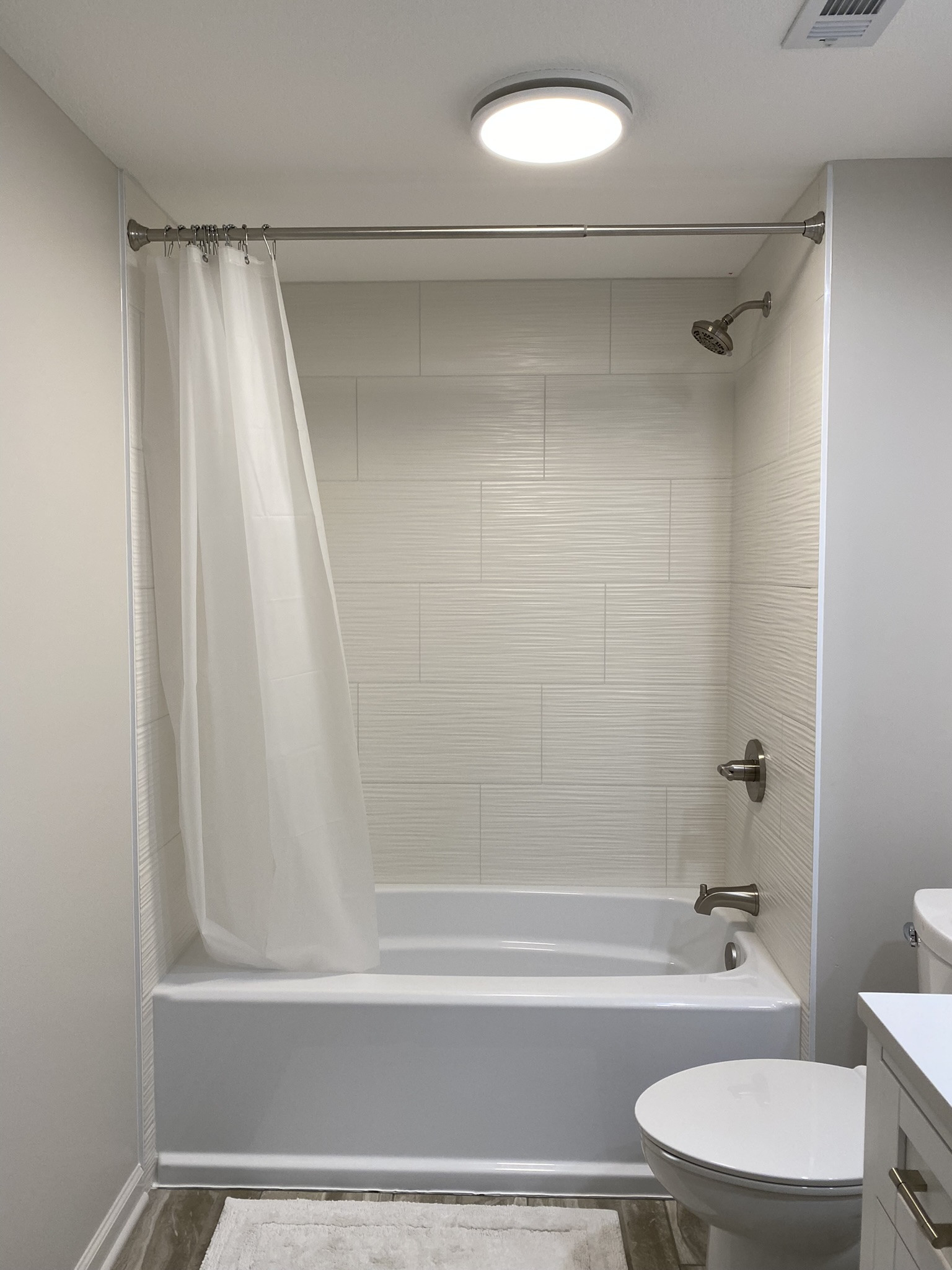 galvanized will work fine for a long, long time. Yes, in time (40-60 years) you may get enough corrosion to affect water flow, but by that time, you or someone else will have changed out the trim 3-4 times.

2
Fix lead joint between cast iron and galvanized steel plumbing pipes?
1
how to setup bathtub spout and shower head in separate locations
1
Bathtub/showerhead leak, short water pipe
0
How do I eliminate tub spout gap?
0
Can the internal part of a slip-on tub spout be removed to install it as a front-end threaded spout?
0
flow diverter for a nonstandard tub installation
0
Seeking guidance on replacing old tub spout
0
Minimum height requirement for shower head above tub spout diverter
1
How do I replace a tub spout with a hose spigot?