How do I remove a bolt that's stuck in a ceiling junction box?

I cannot get the bolt off the screw in a ceiling junction box. The junction box is damaged and I need to replace it to be able to put in a new one so I can rehang the ceiling fan. It's time for summer here in Arizona and I really need to replace this fan that fell! 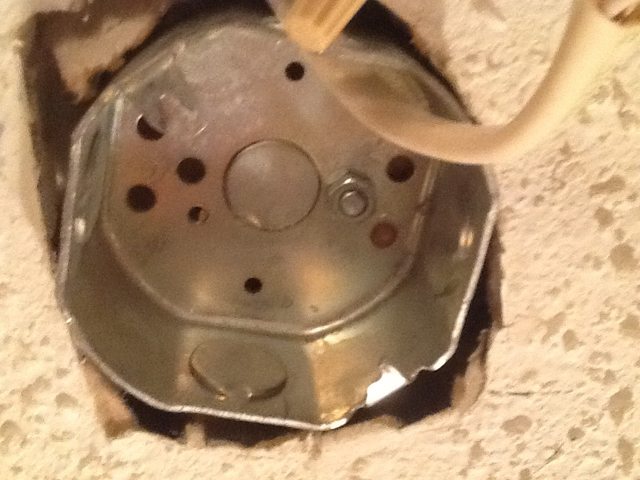 One effective way to remove the box would be to use a hand held rotary tool similar to this: 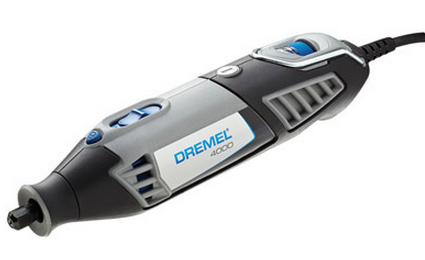 When used with a cutoff tool such as this one: 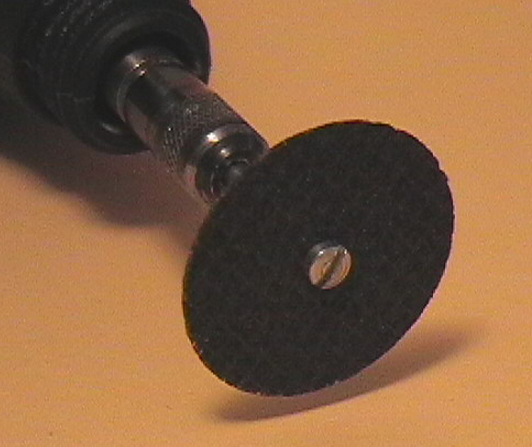 You should be able to reach up into the faulty electrical box and grind away in behind the hex nut to cut off the bolt. It may take a while to cut through and you may have to replace the cutter wheel once or twice but this is an effective way to solve your problem without putting any damaging stress on the wires and mount behind the electrical box.

While you do the cutting make sure to wear something like this to protect your face and eyes: 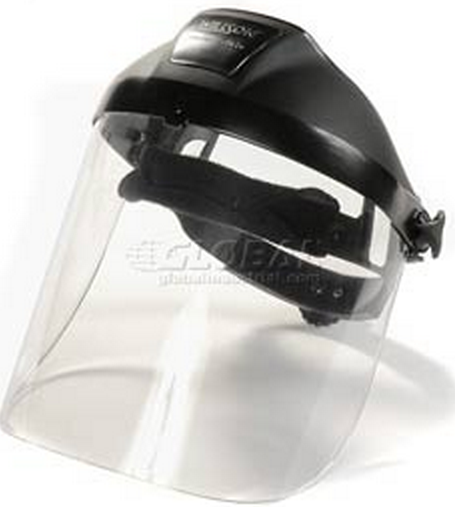 Also make fully sure that the appropriate circuit breaker is OFF before proceeding with the grinding and box removal. 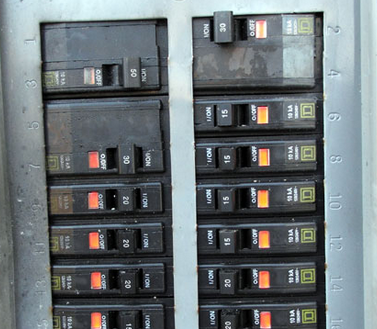 While cutting off the bolt is definitely a good way to handle this situation. Here are a few things to try, before you take the destructive route. It also sounds like we might be having a bit of trouble with terminology, so I'll start with some definitions.

As you can see, the bolt is the bit that looks like a screw, while the nut is the bob that twists on to the bolt.

With that out of the way, let's look at some ways to remove a nut from a bolt.

Give the nut and bolt a health dose of penetrating oil, and let it soak for a few minutes (see manufacturers instructions). The oil should work its way in to the threads of the nut and bolt, and possibly lubricate the connection allowing the nut to spin free.

Put pressure on the bolt head

If you can get a flat head screwdriver, or other flat object behind (under) the nut, try prying while you turn the nut with pliers or a socket. The downward pressure will pull the bolt head against whatever it's resting on, which may prevent it from rotating with the nut.

Try using a pair of slip joint, tongue-and-grove, lineman's, or other pliers to pull and twist the nut. This follows the same idea as the previous method, which is that the downward force will prevent the bolt from rotating and allow the nut to spin free.

Spin the bolt, not the nut

If there is enough of the bolt available below the nut (and you can get a small saw in the area), you can try to cut a notch in the bottom of the bolt. This will allow you to use a flat head screwdriver to turn the bolt, while you hold the nut stationary with a pair of pliers. 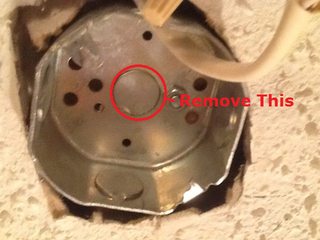 Next use a pair of right angle needle nose pliers, to reach up through the knockout hole and try to hold the bolt stationary. 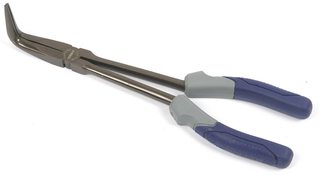 Once you've got a good hold of the bolt, you should be able to spin the nut free.

By this time if the bolt has yet to shed its nut, you're probably adequately frustrated. So now it's time to take out some of that frustration, and cut the bolt.

What is above this? If it is the attic then have someone go up and hold the other end down so you can get it off. If that doesn't work then take the entire bar out - beat it with a hammer.

If there is another floor above this... What happens if you push the box up? If it moves, then just push it into the ceiling. If it doesn't then get a hammer and blunt object (flooring chisel would work) and bang it until the bar casing comes out. Worst case scenario is you have a bar and old metal box in your ceiling. Who cares? This will take 5 mins. Take your time so you don't damage current hole.

Go to store and buy either an old work box or a ceiling fan box that is adjustable from the clearance hole.