How much movement is normal after mounting a TV on partition wall?

I have a wall that's made of plasterboards mounted on metal studs. I have mounted two DVD cabinets (each 22kg) and an LCD TV (40kg).

To mount all this, I installed 6mm thick MDF panels across 5 of the metal studs using 15 self-tapping screws per panel (3 per stud), through the existing 12mm plasterboards and into the studs.

The top panel supports the cabinets, with 3 hollow wall anchors going through the MDF and the drywall, two on each side and one in the middle.

The middle panel supports the TV mount, with 4 hollow wall anchors. The look a bit like this, but much longer (the head part before the extending part being 18mm). 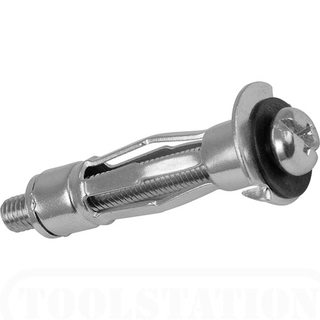 That means that both the TV and the DVD cabinets are putting load on both the plasterboard and the MDF, which theoretically means the load should be evenly distributed.

This has all been assembled and mounted a few days ago. 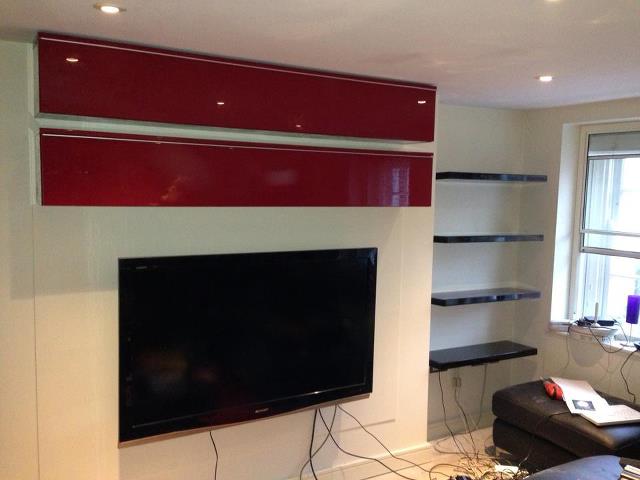 The wall is seeing some movement, the right-most plasterboard has moved forward around the (a) point by about 2mm, which is also the distance between the bend and the corner of the wall. 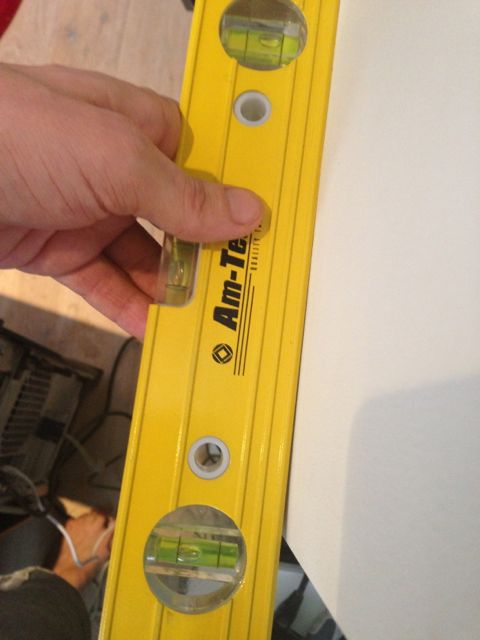 By my calculations, with the load evenly distributed across 5 studs, that's 16 kilos per stud, plus the MDF weight (183x183x0.6 at roughly 700kg per cubic meter), thats 18 kilos per stud.

I think the bulging is mostly due to the right-most plasterboard bulging under the pull from the bolts and the MDF being thin enough to deform as well, but that the load is still taken by the studs and there should be no fundamental structural issues.

Can those metal studs take 18kilos each? Is the bulging a worrying sign? How much movement is normal as the wall adjusts to the additional weight? And have I missed something fundamental in this installation?

You don't say what size or gauge the studs are, but regardless, any reasonable stud is more than adequate for the weights involved. I'm not fully clear on what your connections really are, but in general they sound adequate. Are you sure the bulge occurred during the installation and wasn't always there? Drywall walls are rarely perfectly flat when checked with a straight edge. If the bulge were caused by the installation, it is probably the screws pulling the adjacent stud out of plumb due to some misalignment with the other studs and/or the mounted devices.

Metal studs are rather elastic, it doesn't take much side load for them to deflect a few mm. Despite my uncertainty of what you actually did, I'm fairly sure you have no structural issues and do not need to worry about anything failing.

Not the answer you're looking for? Browse other questions tagged drywall walls mounting studs partition or ask your own question.

5
TV mounting bracket does not fit the stud locations - how can I overcome that?
2
How do I remove the mounting hardware of an intercom speaker, and then patch the hole?
1
How can I hang a wall mount on misaligned studs?
2
Can I hang cabinets and shelves on metal studs?
2
What type of anchor is this and what is the max capacity ?
1
Mounting TV on metal studs?
1
using hollow wall anchor in double plasterboard
1
Mount a fully articulated tv mount with only one stud
3
Mounting a 23kg 55" tv to stud wall on full motion mount?? UK
2
How can I mount a TV with widely-spaced studs and weak wallboard?