Ask Question
Asked 11 days ago
Modified 11 days ago
Viewed 75 times
1
Closed. This question needs details or clarity. It is not currently accepting answers.

I have 25 can lights of various widths in a suspended ceiling in an office. All of the cans have old work frames which are screwed into the suspended ceiling frame metal. What is the easiest way to remove these? Get a right angle ratchet / driver and take out each screw attached to the framing (tight space in the ceiling, gonna be akward to get at screws vs being in attic) or dremel / snip apart the frame and leave the screwed in bits? I'm putting in flat modern LEDs with the spring clips so I could leave the framing bits in the ceiling and wouldn't harm anything. Any other approaches?

This is approximately what this looks like. (Not my office, but same idea)

If I access the light on either panel to the left or right, it's hard to get at the screws because you need like a right angle ratchet (not impossible though) 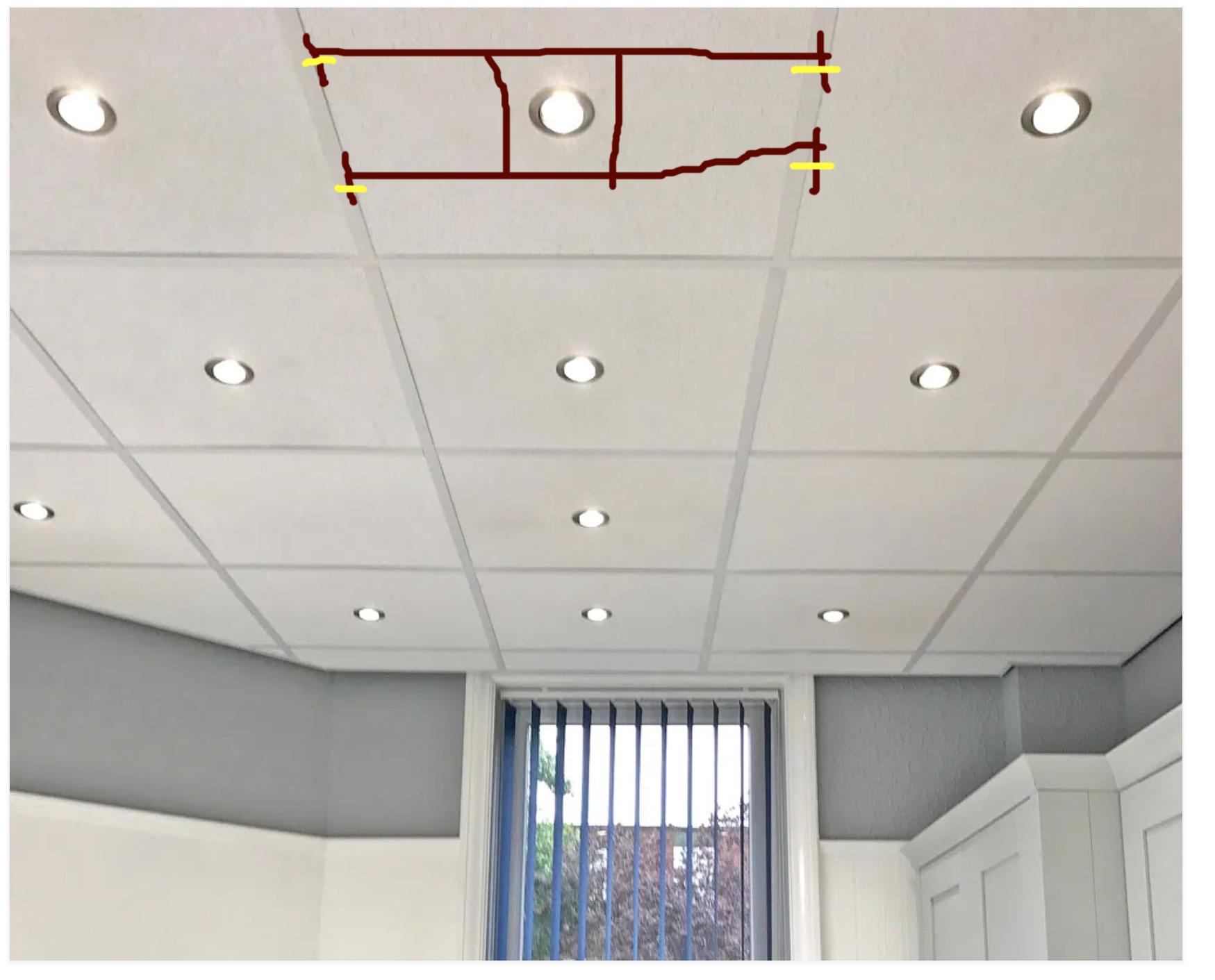 Keep the cans in there. Take off the trim pieces and take out the bulbs. Then buy a retrofit kit that snaps over the cans and uses a 'tail' with an edison screw to tie into the existing light socket.

No cutting or removing necessary. Might cost 2x but the time savings is worth it.

Cutting metal with Dremel would work, BUT it will generate lots of sparks and create fire hazard.

Unscrewing is safer way to go.

If it's bigger than your head Dremel is always the wrong answer.

A socket on an electric driver (impact driver or drill/driver) could work too.

5
Can the socket in my recessed light be replaced without replacing the entire framing kit?
3
Unused electrical duplex box, soon to be hidden behind a bookcase?
1
Repair Ceiling Hole for Round old work ceiling box
2
Removing a switch
2
New house ceiling lights work but not pendant lights
0
2 out of 5 ceiling lights in basement won't work
2
Where can I find an old work ceiling box for armored cable?