How can I attach a ledger board to my house?

Spring is here so I finally started to take measurements for materials I will need to build a new deck on my recently constructed home. I just realized that this isn't going to be quite so simple as I originally planned.

My house was constructed with engineered I beams and what I believe is an engineered OSB rim joist perpendicular to those (looking from the back of the house). Knowing this I knew that lag screws or even carriage bolts to hold a ledger board would not be sufficient. Upon my own research it seemed the accepted way to handle this is to take a piece of 2 by into the inside of the I of the joist, and run a carriage bolt, through the ledger board, sheathing, rim joist and finally the added block, and to do this twice, staggered and 16" OC for each joist after that.

My father-in-law who has built several decks and is critical to this DIY project refuses to do this and he has his reasons which I respect and won't get into.

In the old days when he built decks with his dad, they used to lag and anchor ledger boards to the concrete foundation and then toenail the joists on top. They apparently make special ties now for this purpose that is an improvement on the old toe-nail method. It seems like a much better idea and if I use 2x10 or 2x12 joists then the deck will be pretty much at the bottom of the kitchen door where it needs to be.

My second complication... assuming I go this route, only 1 deck ledger board will be attached to a poured concrete wall (the garage). The very back of the house is actually not a poured foundation wall but a 2x6 framed exterior wall with sheathing, and a decorative stone masonry product.

Here is a link to my previous question for a quick diagram of the current plan:

What is a good strategy to support this deck?

I am feeling a bit overwhelmed and my father in law thinks I am insane for even considering calling the local code guy (he has had some bad experiences with this guy in the past over a septic system and he is convinced the guy is a sadistic monster who likes for people to spend absurd amounts of money on frivolous things). If I can't find a clear cut answer then I will probably just hire somebody to do this because the aggravation this is causing me is not worth it.

On request here is what the back of the house looks like, to the right not in view is the garage. This is not in a seismically active area. 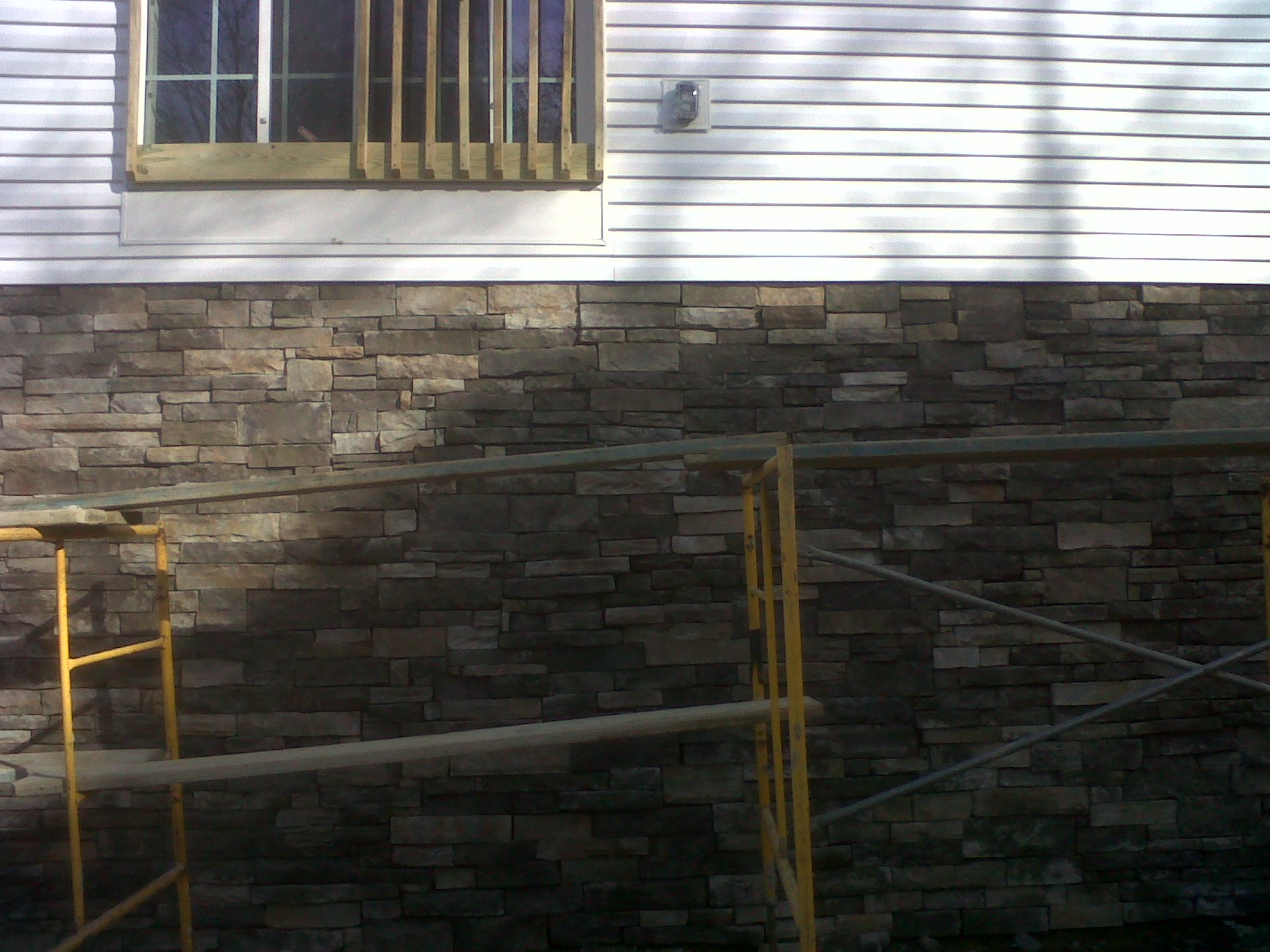 First off let me quote the American Wood Council PRESCRIPTIVE RESIDENTIAL WOOD DECK CONSTRUCTION GUIDE (which I recommend looking through).

MANUFACTURED WOOD I-JOIST: Many new homes constructed with wood I-joists include 1" or thicker engineered wood products (EWP) – such as oriented strand board (OSB) or structural composite lumber (SCL) including laminated veneer lumber (LVL) – as band joists (or rim boards) that can support the attachment of a deck. However, some older homes might be constructed with band boards that are too thin (less than 1") to support a deck. In such cases, a free-standing deck or a full plan submission is required.

It doesn't matter how the joists have bearing, whether it is a hanger, ledger, or beam. Just use the appropriate hardware/fasteners for the application.

Back in the "good old days" when homes were balloon-framed they would use let-in ledgers or ribbon boards to support the floor framing (which was also nailed to the studs, though). So, it is doable, but you may need special permission or even engineer's drawings/specs for approval (might also include blocking and extra hardware). Either way, I would say it is not exactly ideal, but at least you could use structural screws like Ledgerloks or GRKs, since they are smaller diameter and self-drilling and not nearly as likely to split the studs. 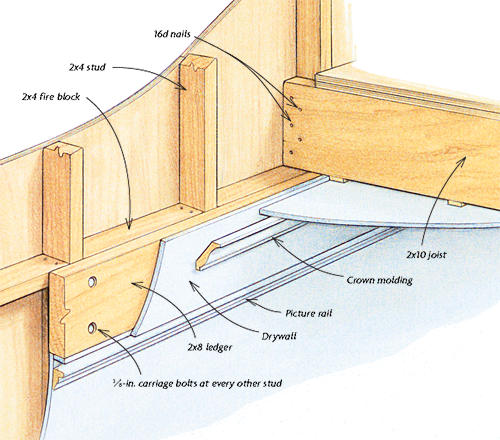 You would have the same worries doing the same thing when cutting out siding for a ledger. Flashing to the rescue :)

Again, flashing is the most important part (aside from proper fastening). You have to lap the flashing properly with the building paper. Just remember the direction water flows so the surfaces have to lap the same way a shingle would. See image below for a good illustration of proper flashing. You can also read this short article describing some of the flashing material choices. 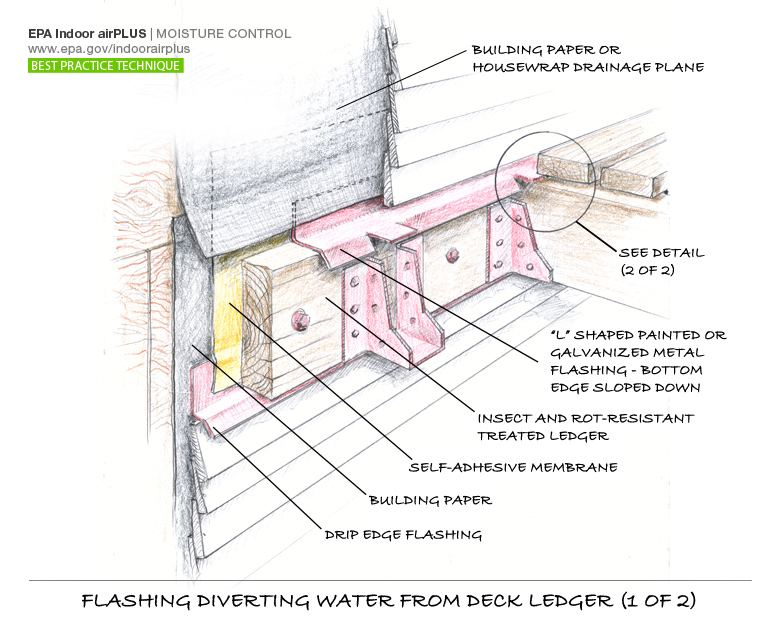 After all that, I would say your best bet is to verify your rim board thickness and do a normal ledger. The second best option is a free-standing deck.

Just be careful there is a lot of bad advice and information on the internet!

Not the answer you're looking for? Browse other questions tagged deck code-compliance joists or ask your own question.

7
What is a good strategy to support this deck?
2
What should I do on the sides of a deck ledger?