ALL but one CBs were open and the MB was closed. The open CB's ALL tripped at the same time How is that possible? 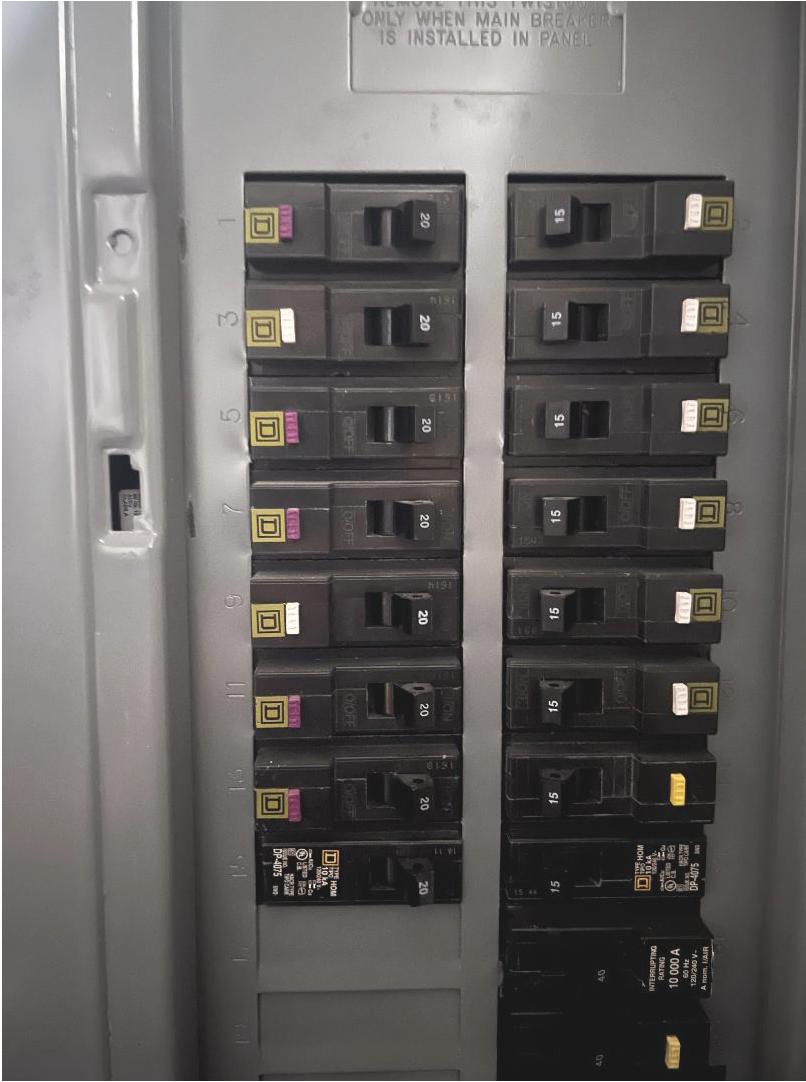 Last night I woke up about 3AM. I noticed my clock wasn't on. I thought maybe there was a community power outage. I got up to investigate. I then observed my outside lights to be off and other lights that are normally on during the night to be off EXCEPT for the Christmas tree lights that were operational on the Christmas tree in the living room. I thought that was odd and went to the breaker panel.

The MB was closed. ALL but one of the CBs were open. I had to cycle all of the open CBs to reset them.

This is not an issue of me misinterpreting the situation. The CBs were clearly open. As noted I had to reset all of the individual CBs and the home was not being powered evidenced by the lights, clocks, etc. being inoperable inside the home.

A similar type question has been asked on this forum some years ago; however, that appeared to me a misinterpretation issue.

2.Hearth - I am in the U.S. Here is the link on the similar question. electronics.stackexchange.com/questions/367964/… – David

3.Ecnerwal; crip659 - Maybe a light drizzle off and on. Nothing noteworthy to my knowledge. – David

4.Jon Custer - Only 1 did not trip. That CB is GFCI – David (Armand edit: actually AFCI rather than GFCI according to (9) below).

6.ThreePhaseEel - just added photo. Position 12 is the only CB that did not trip. - David

7.ThreePhaseEel - As a side note, the breaker in positions 18 and 20 are for a sauna. I keep that CB open when I'm not using it. – David

8.George Anderson - Thanks for the insight. There is some construction going on in the neighborhood. I haven't talked to my neighbors yet. There's only a few of us. I'll have to put my detective hat on later to see what I can dig up. – David

9.Mazura - Apologies I wasn't differentiating b/w GFCI and AFCI or dual. The CB that did not trip is AFCI. I was able to speak to a neighbor. He said he had one breaker trip last night. I don't have any further info at this time. Appears it might be a PoCo issue. – David

An unusual power fluctuation such as a surge from outside the home (i.e., utility side) or work, weather or other things that cause a temporary bad connection on either a hot or neutral wire can cause all sorts of problems.

Breakers, by their nature, are designed to fail safe (or so we hope). So it is quite possible that even if a power problem does not match a typical AFCI or GFCI event that the computer may say "this is just strange enough that I better trip to play it safe".

AFCI may not be able to tell the difference between incoming and outgoing power problems, and in fact an AFCI circuit breaker tripping when a neighboring circuit has a problem is a relatively common problem. (The solution usually being to fix the real source of the AFCI trip, not to blame the breaker for doing its job.) So for a bunch of AFCI to trip from a big surge/drop/etc. is not at all surprising.

GFCI generally can tell the difference as the neutral is handled in a particular way and the GFCI is monitoring (on a 120V breaker) the difference between hot and neutral. That being said, I could easily see how a big-but-not-quite-dead problem such as a neutral almost entirely breaking could limit current in the neutral to a degree that there is an imbalance on active circuits which would cause a GFCI trip.

The tree lights may have been such a low load that the imbalance was not enough to detect based on a small percentage loss - e.g., 20W = 0.166A, 5% of that is 0.08ma which is just at the high edge of GFCI sensitivity. But that's just a guess - for that to be relevant then arguably all the other GFCI-only (not AFCI or AFCI/GFCI) circuits would have to have had more power in use at the time to explain why they tripped.

So that really only leaves the question of why breakers 15 and 16 tripped. More details about what is on those circuits might provide a clue. Or might be totally irrelevant.

As long as this is a one-off event, with a plausible explanation (work in the area, at least one neighbor with a problem), I would not be too concerned. If it happens again within a short period of time with no obvious outside explanation, I would start with having the power company take a look. The power company generally will take a look for free if there is a partial outage (e.g., one hot or neutral dead - which will be obvious because of a multitude of problems and measurable voltage problems), but without that sort of evidence, they might not.

31
Should all Federal Pacific panels be replaced?