How do I fix drywall around wall box so switch plate covers damage?

In my house, there are maybe three or four outlet boxes and switch boxes where there was damage done to the drywall surrounding the box at some point. There are no structural or electrical issues (well, none that I haven't already fixed at least—some wires were spliced with electrical tape and broken wire nuts!), but cosmetically, I'd like to do better. 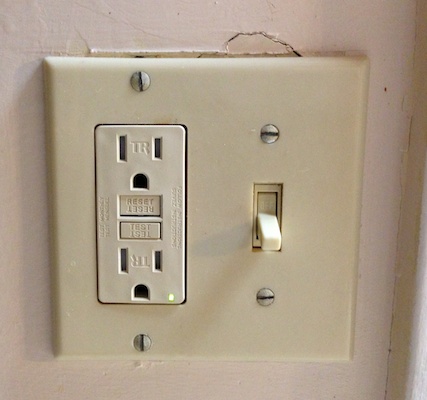 For standard one-gang switch plates and outlet covers, I typically buy a wider cover, and that takes care of the issue. However, for a plate like the one in the picture above, it's hard enough finding a plate with a decora cutout and a switch cutout in standard size—much less one in a wider size.

Is there any way of fixing the drywall around a plate like this short of cutting back the drywall to a stud and trying to mount/support new sheetrock so it's flush with the outlet box?

For small nicks, I can just fill them in with spackling compound, but for larger breaks like this, I can't make it look nice and not crumble after a year or two.

I wouldn't start cutting out chunks of drywall to fix a small area like that.

Take off the wall plate and remove any loose or crumbling drywall. Apply a piece of fiberglass tape over the area, mud, sand and repeat as necessary to get a blended finish. Then prime and paint to match.

The fiberglass tape is nice for repairs like this because you can stick it to the wall and then mud on top of, unlike paper tape which you need to apply on top of mud. I've fixed a bunch of similar defects like this and several years later there are no cracks and they look great.

You could swap the switch for a decora switch and then just look for a large double-decora wallplate, which are definitely easier to find.

Here's a small nightmare my electrician left me (am looking for a new one). 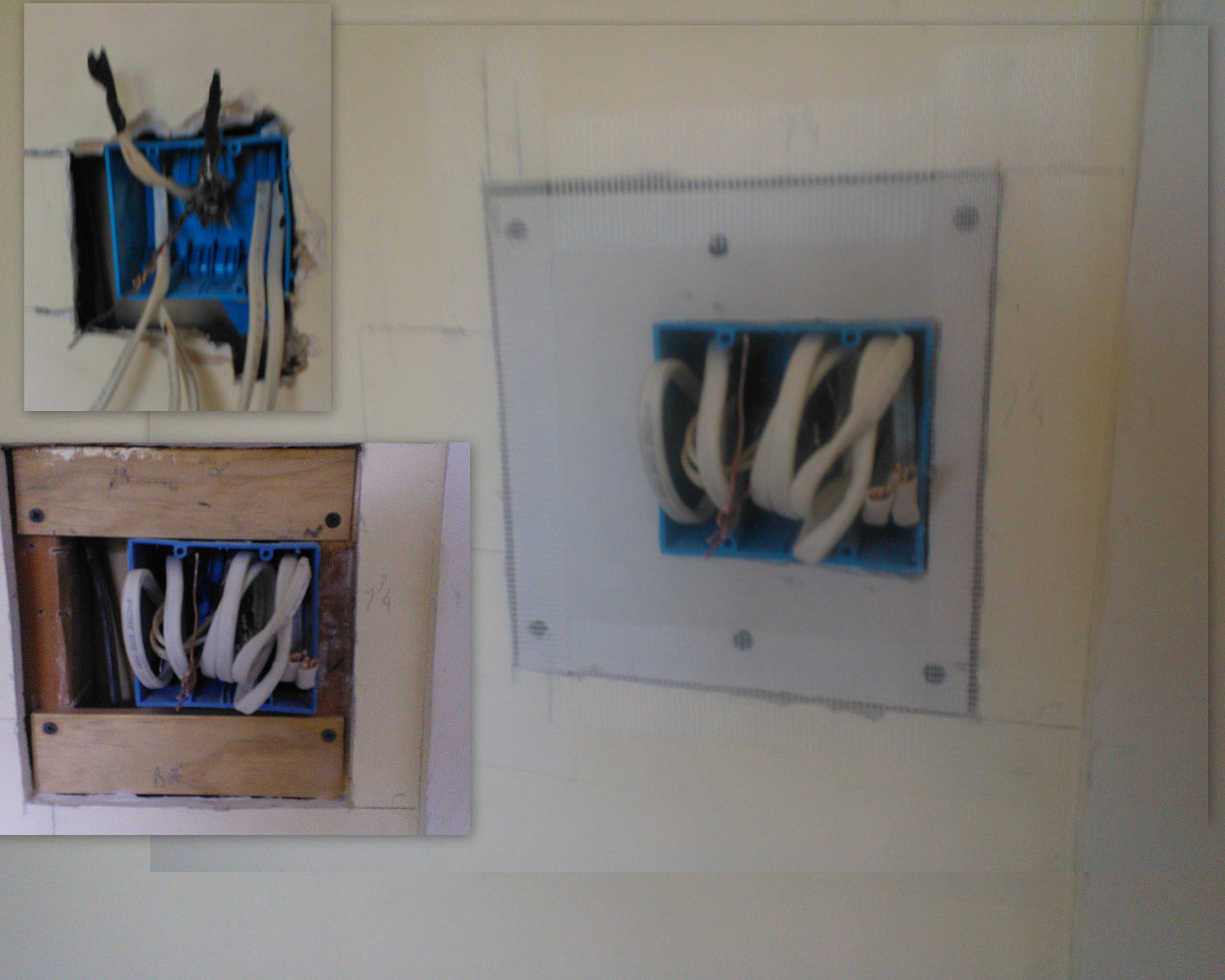 Sometimes, making the hole BIGGER is easier and makes a more secure repair, because drywall is stronger when fully supported. I've done tape repairs as @Steven has suggested, but they are inherently weak, because the repair is necessarily cantilevered around the e-box.

Myron Ferguson is a frequent contributor to Fine HomeBuilding and JLC. His book has a great section on repairs.

I know this is an old question, but I love gyp-board (installing and repairing). There's something therapeutic about it as long as you have someone following you cleaning up...

Fiberglass tape is a good one, but you can get creative with paper tape, although it can get messy / frustrating. This guy's pretty good and has a solid 7-part series on new installation. More relevant to your situation, here he is fixing a larger issue but using the technique I had in mind - the California patch. Just size down to fit your application.

Not the answer you're looking for? Browse other questions tagged repair drywall switch or ask your own question.

12
How do I fill holes around a light switch?
1
Fix drywall around a electric panel

12
Are all rectangular outlets, switches, and plates the same dimensions and interchangeable?
1
What size plate for 2 1-gang boxes side by side
1
How to secure switch box flush with wall surface
2
How can I mount outlets securely where drywall was cut from around outlet ears?
0
Triple Push Button Switch Wall Plate
3
How to install drywall over electrical box connected to rigid conduit?
4
Replacing light switches and outlets without electrical boxes
2
Drywall around 10x10 electrical box
1
How could I attach a face plate to a broken Appleby dry lining box?